I feel a bit ridiculous posting 13 photos for no other reason than “my kids are wearing matching outfits, and we roamed the backyard looking for scenic shots” but the outfits DID match (thanks, Debbie) and the kids in question were enthusiastic and cute. 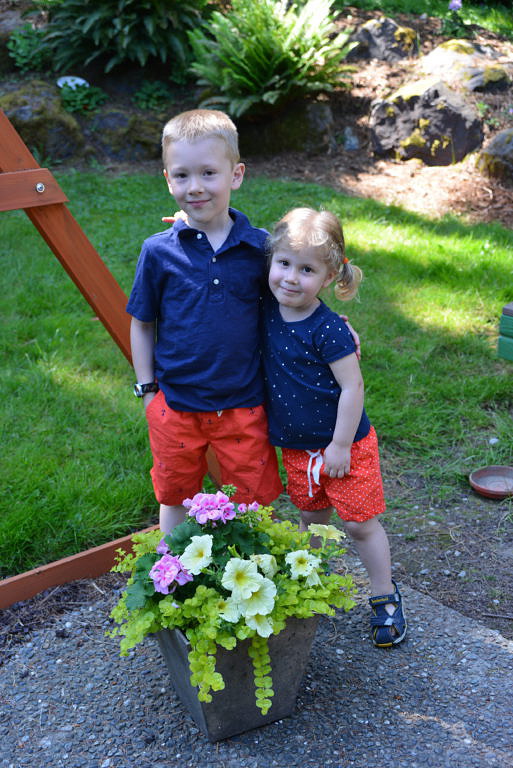 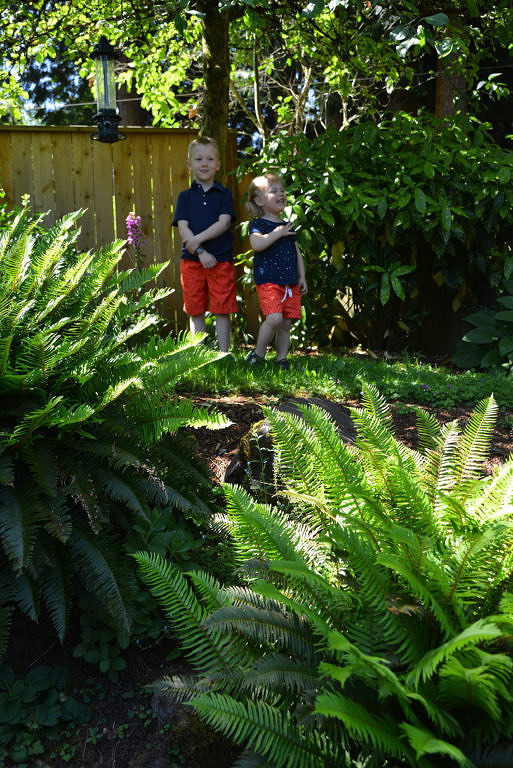 Claire chose the next scenic location (next to two bushes that both need to be trimmed), and Henry was not in the mood to have her arm pulling on his neck. This photo is not the winner. 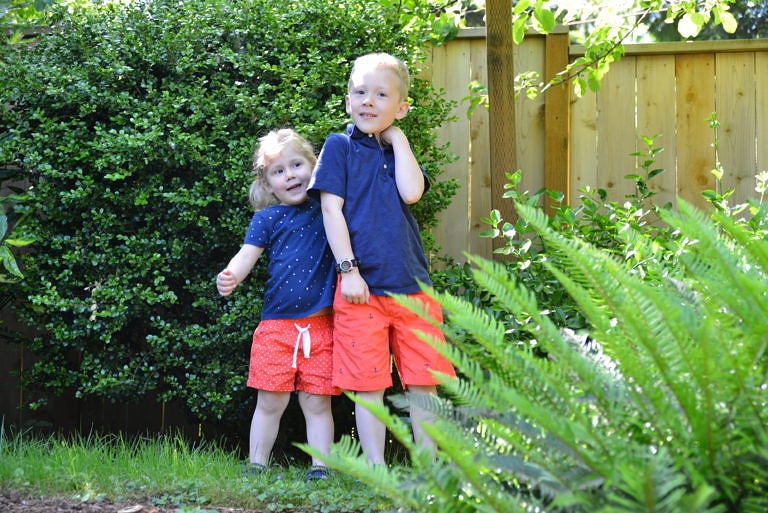 100% typical sizing-up and mutual admiration. (And they’ve both been growing, but Claire is suddenly a big kid — so tall. She’s noticed, too, she tells me she’s so tall/big/growed all the time.) 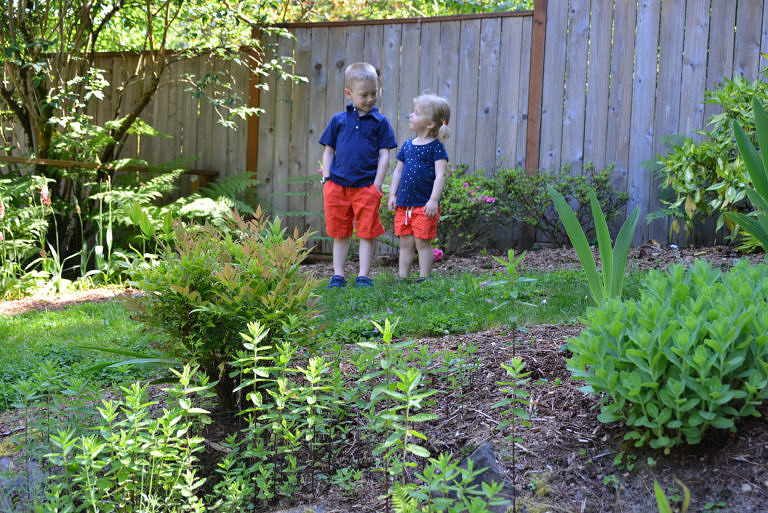 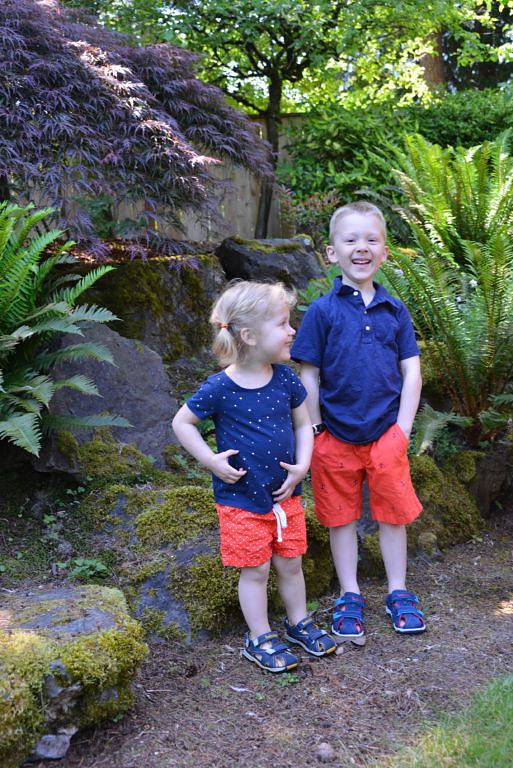 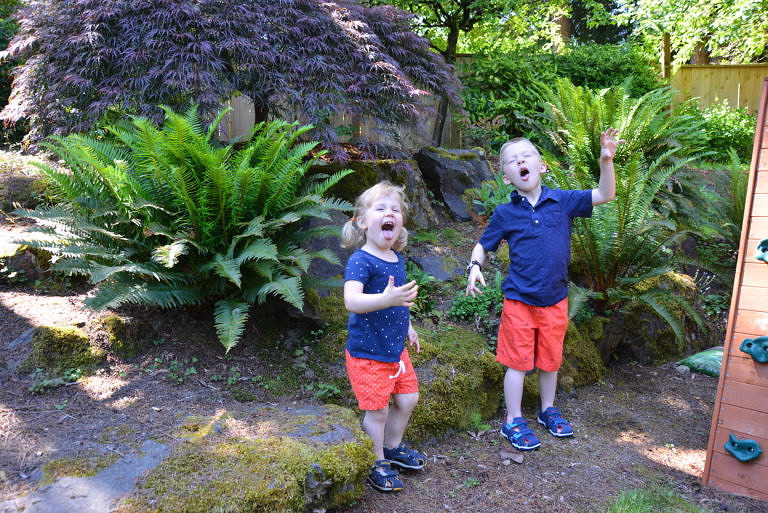 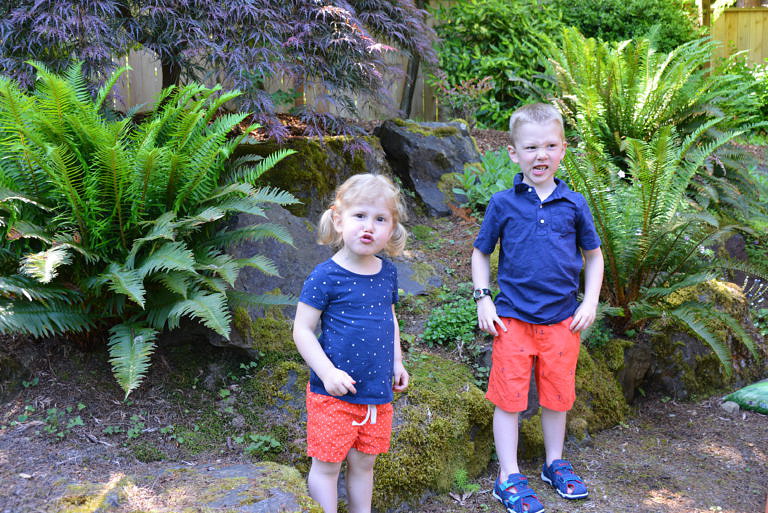 And oodles of swingset photos. Claire learned to use the glider a few weeks ago and is still utterly proud of herself. 🙂 Henry still likes telling her where to put her feet — she calls him Miss Henry when he does that, (No guile in it, he’s just acting like a teacher so she calls him Miss – she still calls me Miss Mommy when she’s busy and wants my attention, so Henry always looks at me for commiseration/amusement when she does it to him.) 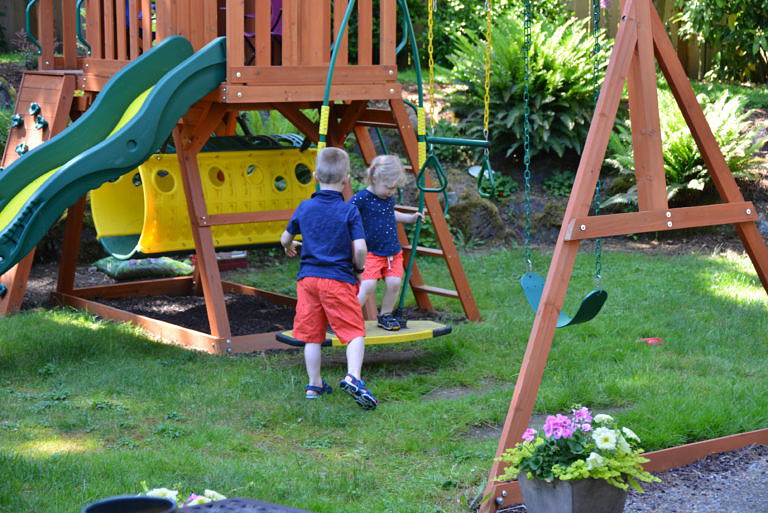 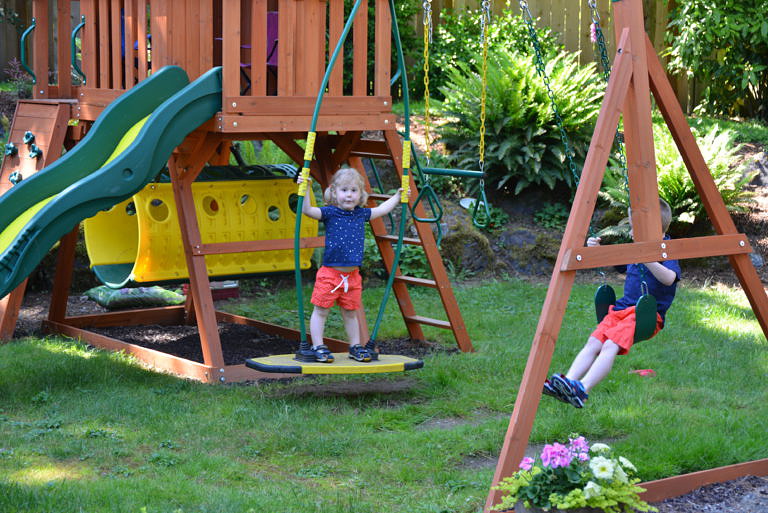 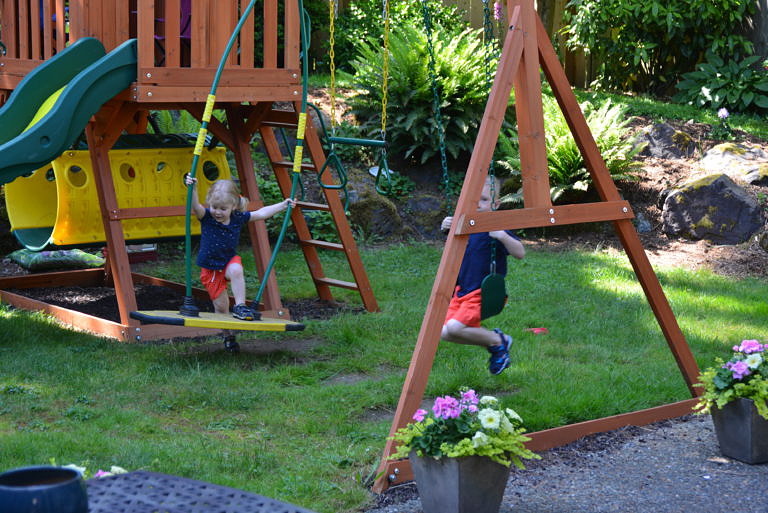 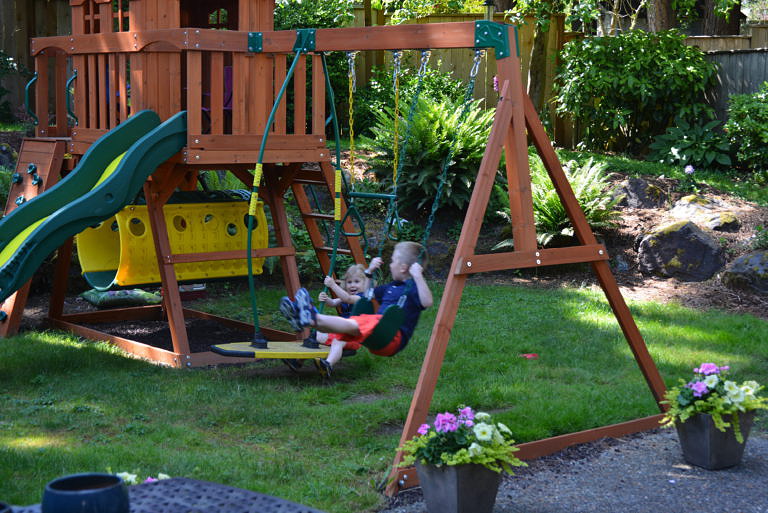 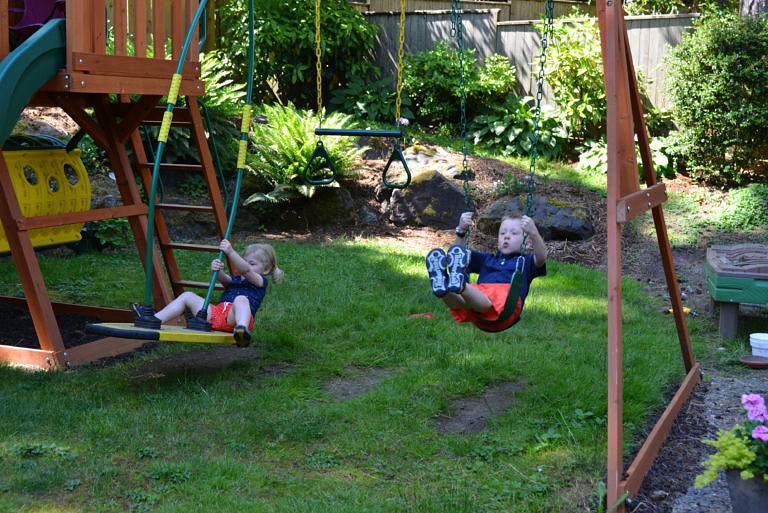