A photo to document the completion of the pruning of this dumb bush. 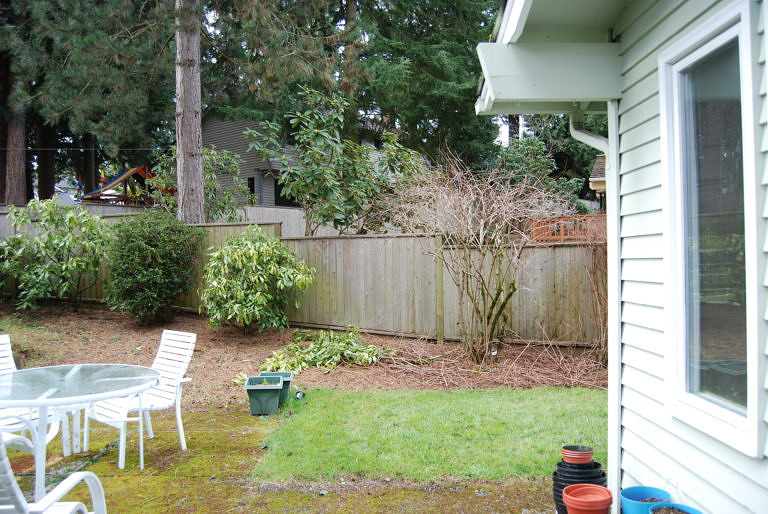 I started last summer, and have made several additional attempts since then before several months of abandonment, and now I’m finally done. Hurrah! It’s one of the ones that sends up 6 foot shoots straight up into the sky, and also creates tons of dead wood each season. I removed the shoots and dead wood, and then did my best to remove all of the branches growing across the center. Again, it took a good half-dozen afternoons, but the thing is finally tamed. 🙂 I will enjoy it while it lasts.

I also did four of the mottled yellow-green bushes off to the left (in my head, they’re called “banana bushes” – no idea where I got that from or if it’s a real name). These ones grow like mad and are so straggly, so there is no careful deliberate pruning, more just a fast, enthusiastic hack job. Satisfying after the bush-of-seven-months.

PS. Here’s the front yard planter looking slightly melted but still colorful after a week of freezing temps and snow. 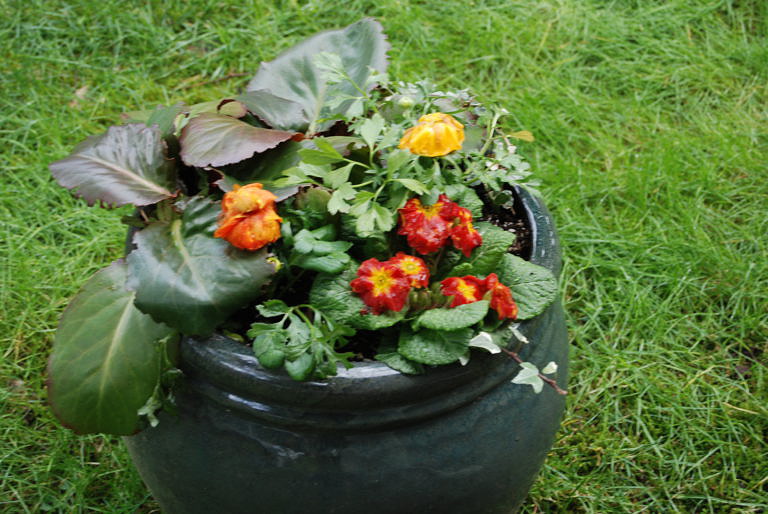 Figures that we’d have that weather starting two days after I planted all the ranunculus and primroses… The good news is that there are buds on all three plants, so we may yet have pretty blooms that last for weeks.

Here’s Kevin during naptime on Saturday, “playing” with the fish tank plumbing. 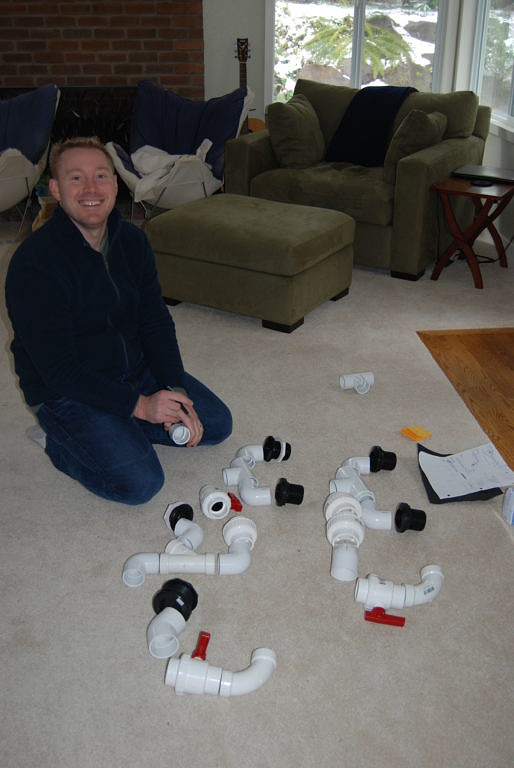 He’s missing a few pieces but they’re ordered and on their way. It’s been too cold to do much out in the garage for the last week, but he’s still been making progress here and there on the cabinetry in the garage. He also installed magnetic baby locks on all five cabinet doors for the fish tank in the house, after the kiddo finally realized there were doors there and spent a delighted 25 minutes walking through the fish tank stand, closing himself in, and slamming the doors. Awesome toy plus all of the satisfaction of closing yourself in the bathroom, and yet it did not meet the parental activity approval bar. He’s been so disappointed to find himself locked out since then – hopefully he’ll forget quickly…

We went to Molbaks on Sunday (it was too cold to play at the park in the morning, but we needed out of the house time for the toddler). Fun to look around, and then we came home with a gradient of pretty yellow primroses for the backyard planters, an orange/red/yellow trio of primroses and ranunculus for the green planter out front, and a mini daffodil for the kitchen counter. The daffodil only had one bloom on Sunday when we bought it (I purposely steered clear of the gorgeous ones that were in full bloom). Sure enough, only a few days later and this one’s well on its way. 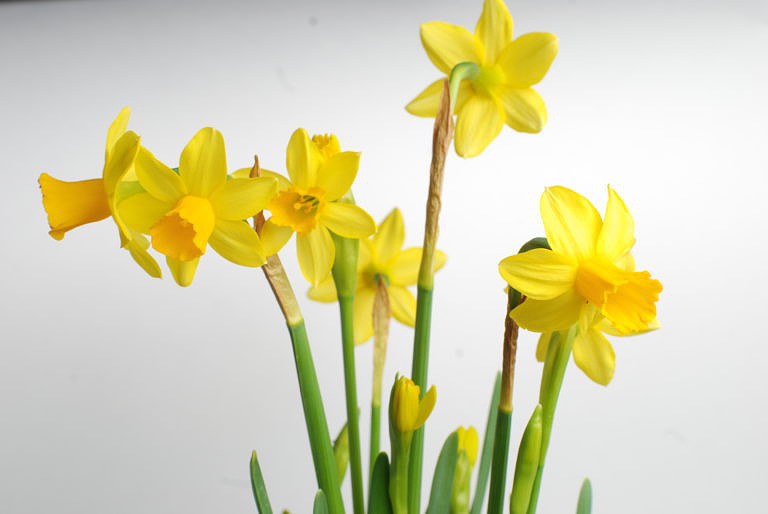 It’s in one of my three standard pots that I bought when we first moved out here – I can’t even remember all of the things that have been planted in this one over the last few years. That said, this has to be one of the prettiest combos — I love the medium blue/turquoise/dark brown/green/yellow progression – too pretty. 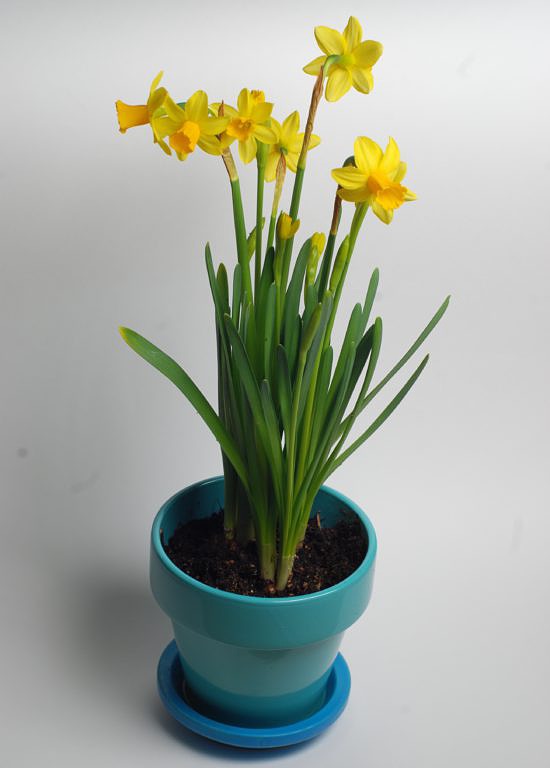 And a top-down view (Kevin took all of these photos). 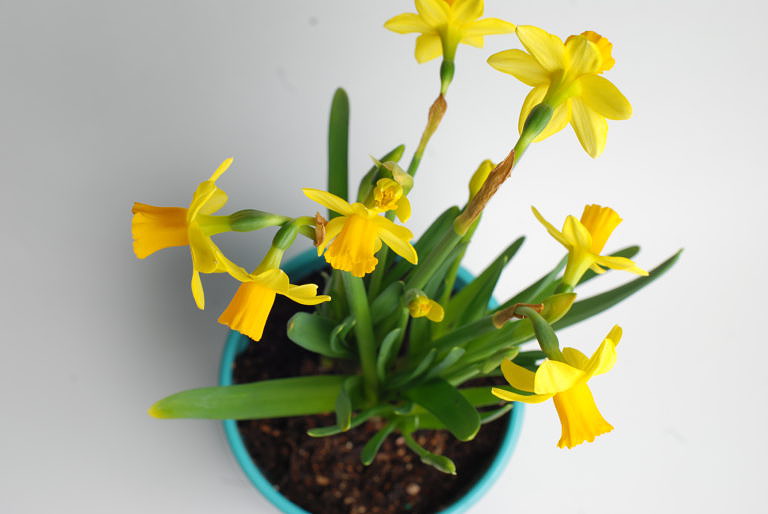 One last flash-filled twilight dinner photo of these flowers in their natural environment on the counter. 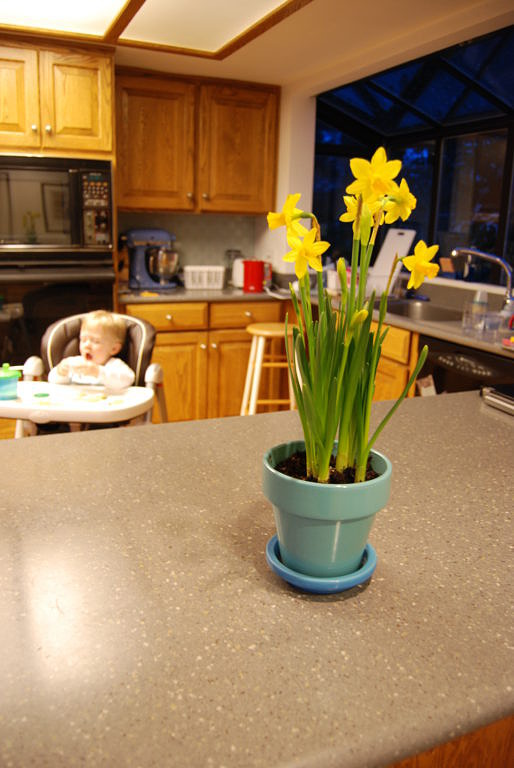 Even with the crummy lighting, they’re so cheerful sitting there.

I was home on Tuesday, nursing a sore throat and doing a ton of writing for work – perfect day to be drinking tea and sitting in front of the window typing since all afternoon there kept being bursts of big, lacy snowflakes. 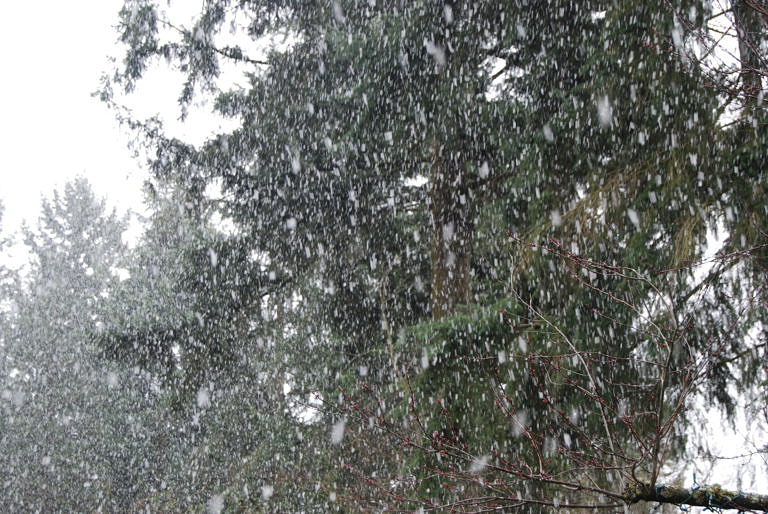 No accumulation to speak of until almost sunset (the ground was too warm and the flakes were all air), but such pretty wintry views from the windows. 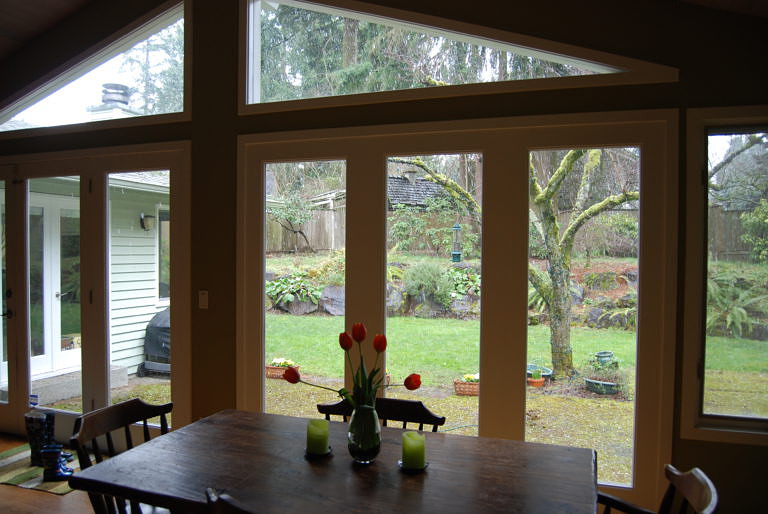 (Love those orange tulips on the table too. I say this with every bunch, but these have to be the prettiest yet.)

Another February, another onion that sprouted on the counter. 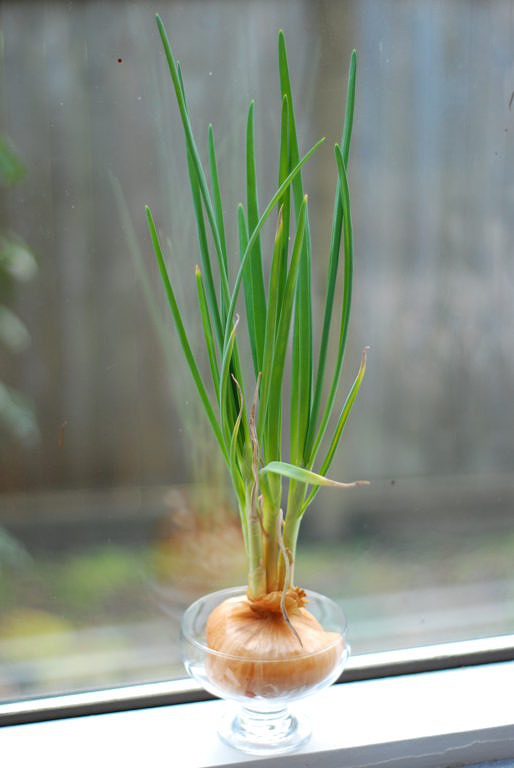 I used to plant them, but now I just plunk them in an ice cream bowl and watch them grow. This one is particularly magnificent – I’ve had it in the window for about a month now and it just keeps getting greener and fuller. The bulb is almost completely gone at this point (the onion skin shell makes it looks like its former shape and size, but if you pick it up, the onion inside is shriveled and soft). Perhaps I’ll make an omelet with the onion greens while they’re still tender? I’ll miss it on the counter, but I have a second onion that sprouted two weeks ago now and is also growing up a storm.

For size reference, you can see it on the window sill while the kiddo and I watch a squirrel on the fence. 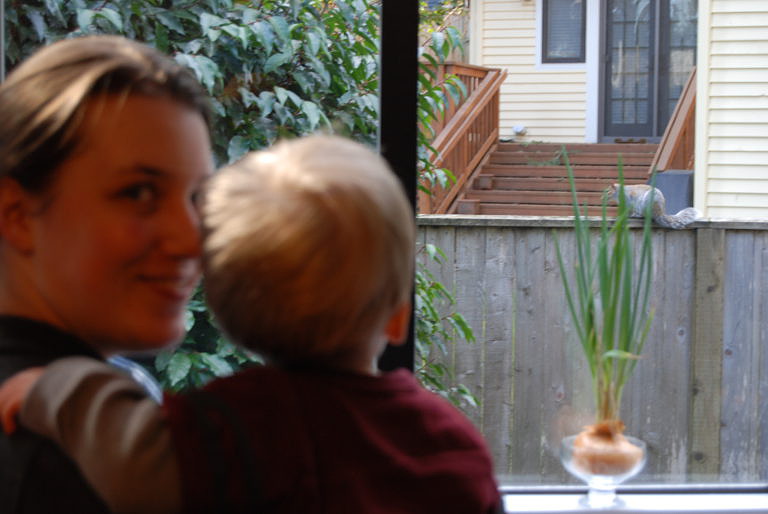 Pretty growing thing in the face of all the winter grey.