After a paralyzed few weeks of back and forth (deciding whether to buy a tank to cure the new rocks, try to craigslist a tank, or just go for sturdy trash cans…. and then a second round of paralysis where to put them, in the house or in the garage…), Kevin and I finally just went and bought two extra-sturdy 35-gallon Rubbermaid trash cans last week and set them up in the garage. I don’t know why that was such a hard decision, it’s what EVERYONE does, we just hadn’t gone that route before because our first two tanks were live rock (no longer a thing, too tough environmentally on reefs). So we’re learning this new process from scratch.

Kevin cleared out the battery bank (yay! I’ve always been worried about the rusting rack of car batteries as a back up power option, we weren’t planning to bring it forward to the new tank, so this is a big deal!!), and that made room for our rock-curing set up. 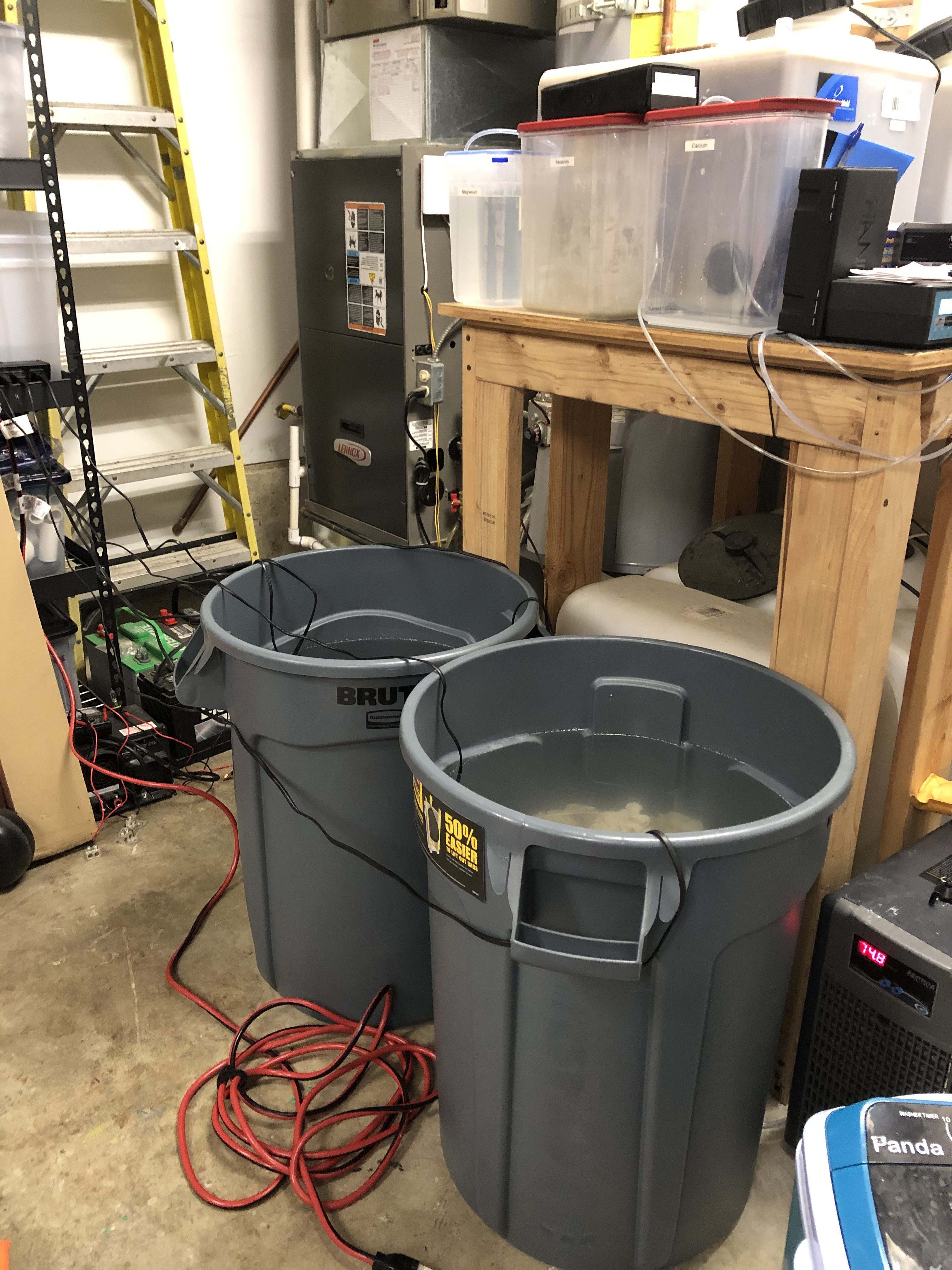 I’ve been working to cement our rocks into configurations for the last few days. The E Marco 400 cement was challenging to work with (nearly impossible to reach or keep the right consistency, and hard to get it to adhere to the rock) but I finally managed over two separate cementing sessions. And then we did a family trip down to the fish store to pick up some nitrifying bacteria, and now we wait, and let the rocks cycle for a month or so. The tubs each have a heater and some blowers for circulation. 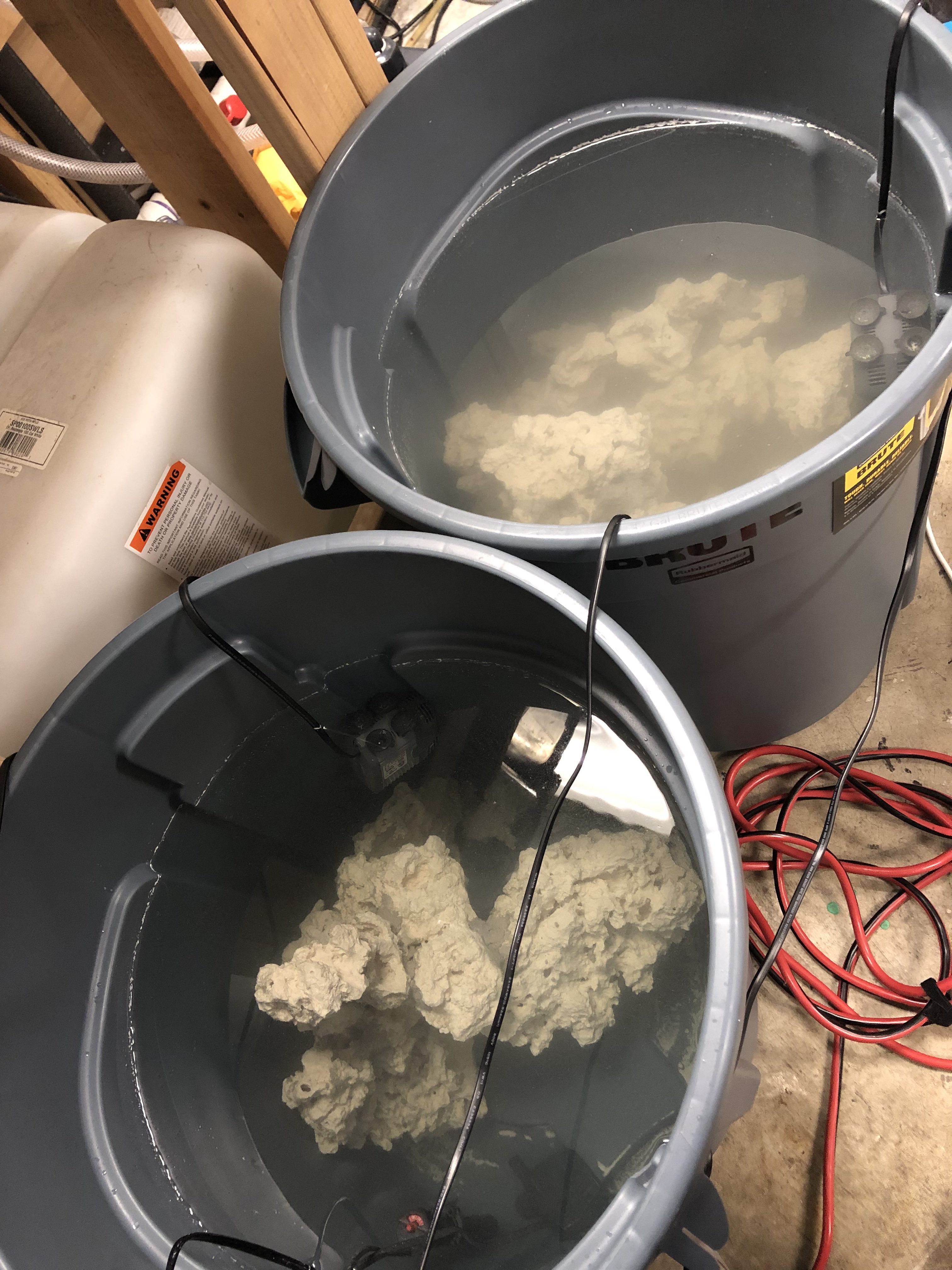 The whole point of cycling is just to build up the beneficial bacteria that will ultimately break down fish excrement. Basically, the excrement releases ammonia, which breaks down into nitrites, and the nitrites break down into nitrates (pretty rapidly, over a day or so). Too many nitrates poison the fish and corals — they’ll die, within hours to days. But a mature tank has de-nitrifying bacteria–they “eat” the nitrates. The goal here is to build up bacterial colonies in our rock so that they can keep up with the nitrates from the fish’s food/poop.

A status photo of the “fish wall” — we’ll be re-doing so much of this for the new tank. 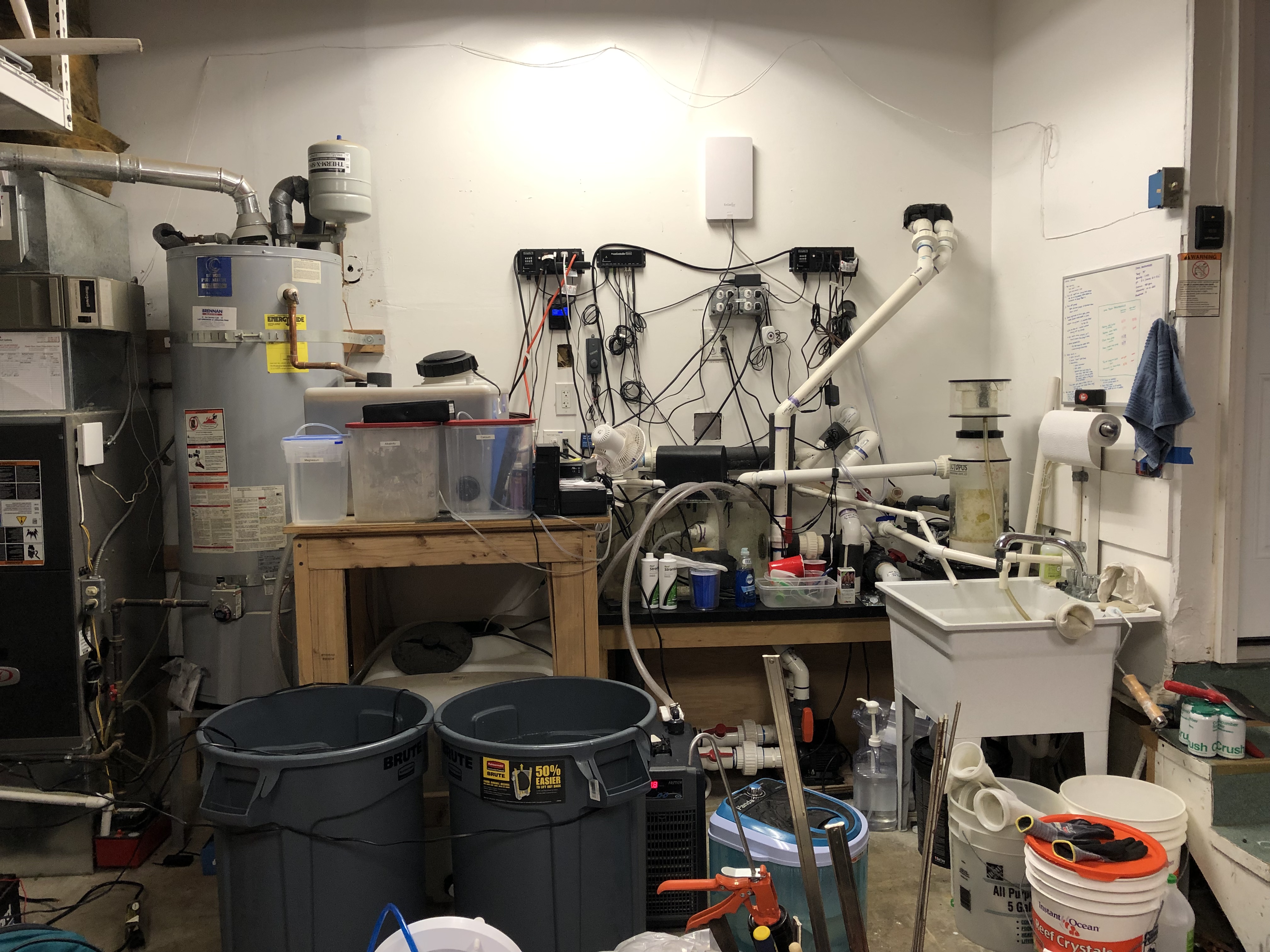 A sneak-peak of the new tank! Can’t wait until it’s set up. 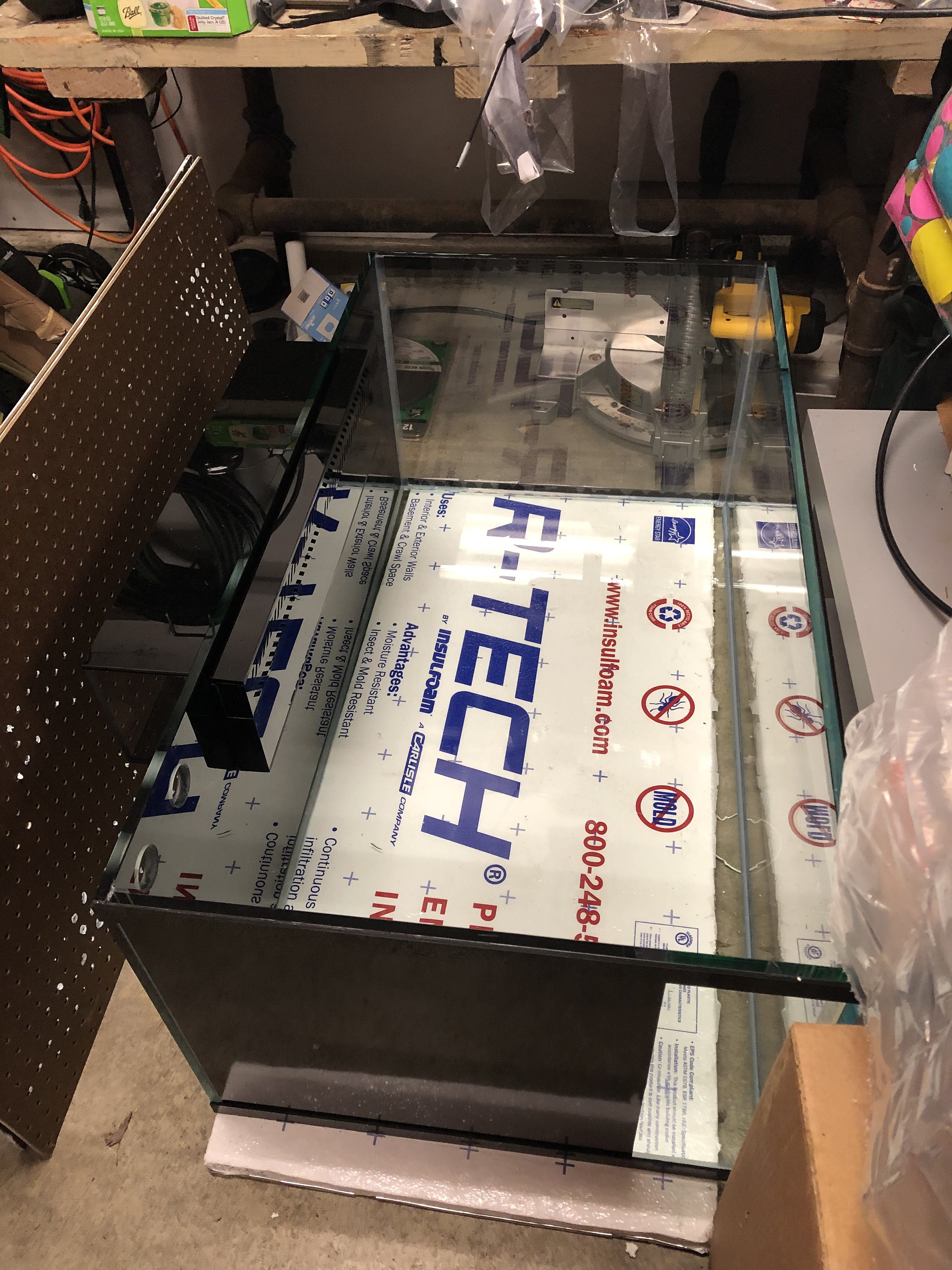