Our flowers are continuing to give me joy. Such little bright spots in the yard. The latest round of bulbs are the tulips in containers. 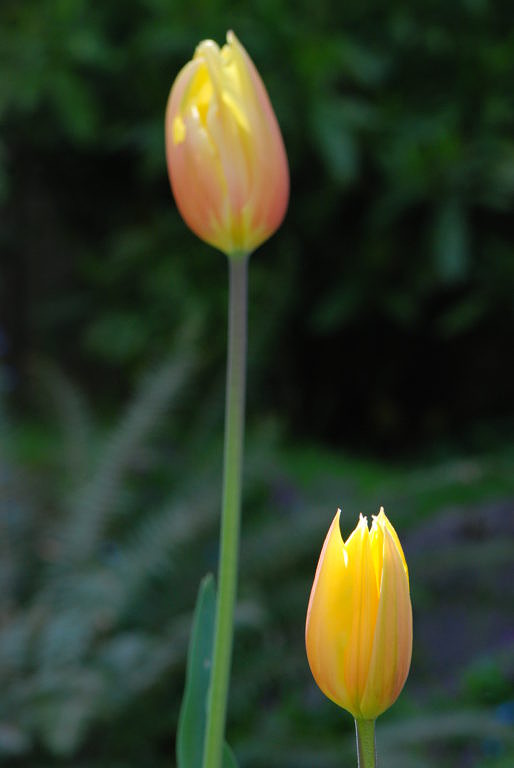 There’s one lone white daffodil, and a slew of variegated peach blooms in the two containers. 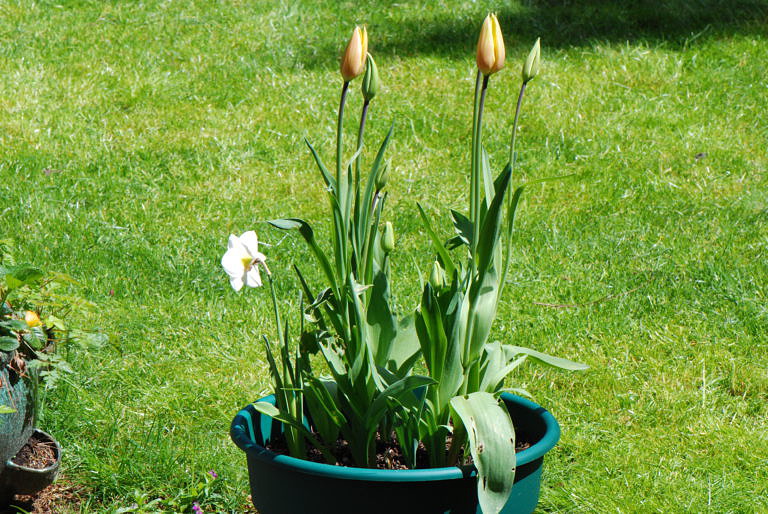 There’s also a second round of a different type of tulip, all still green and closed tight. 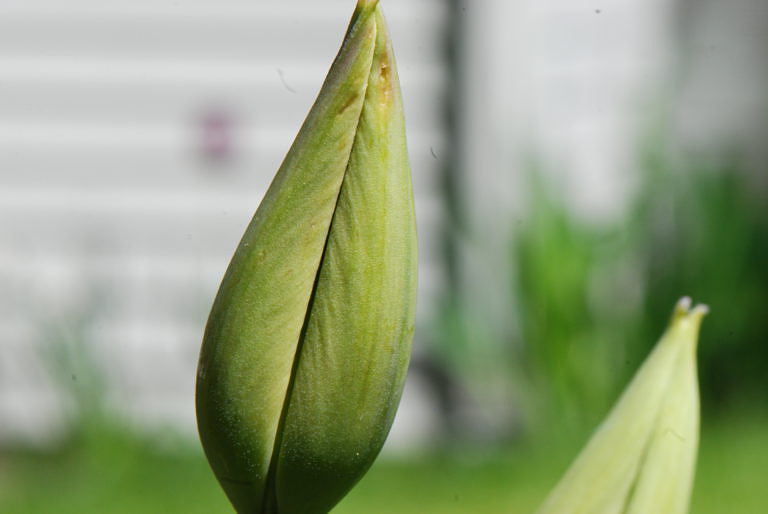 What will they be? Such potential and mystery. Can’t wait to see what these bloom as.

My plan, once they’re done blooming, is to transplant these outside our bedroom window. We had the early spring crocuses and tulips, then these will be mid spring, and for summer I’ve planted a dinnerplate mix of dahlias, and Dandy and Ramona Gladiolas. It’s not fancy landscaping, but between the bulbs, the blueberry bushes, and the lavender, it makes me happy to look out that window.

In other plant news, the strawberries look great in their pot. 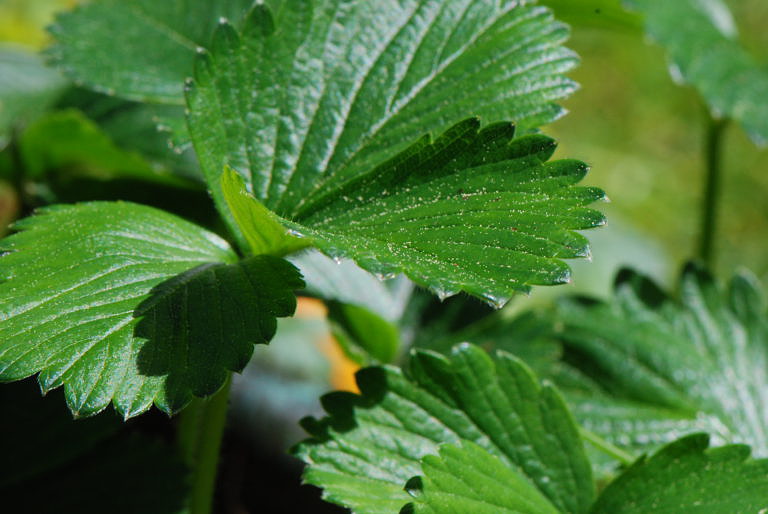 (I might need to get a second one! We certainly have space for it, and the more strawberries the better.)
And I’m still trying to figure out what these bulbs might be. Help? 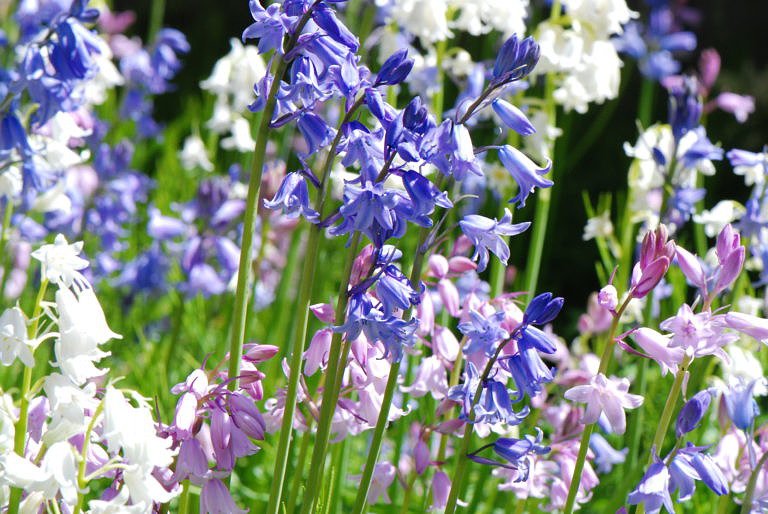 Thanks to what must have been a great season for lilacs my senior year of high school, I have the strongest association with the smell of lilacs and doing Calculus homework. They just smell like equations and my TI-81 calculator and graph paper and colored pencils and rubber cement. The walls around my desk had National Geographic photos and all sorts of bits that caught my eye up to the ceiling, my desk had a plant from my brother, that great lamp (still use it today), several bottles of blue nail polish, and the remote for my stereo.

So somewhat different setup today, but the lilacs are blooming and I brought in several handfuls to accompany me during bill paying while the baby napped. 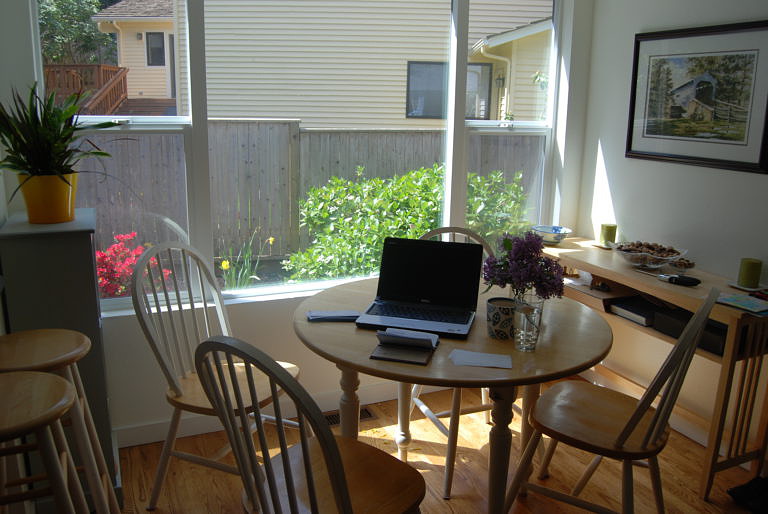 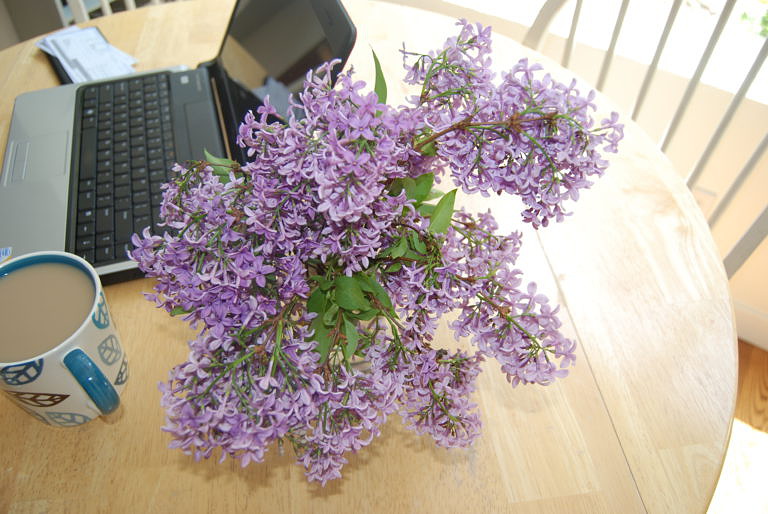 We had a visitor tonight when we got home after work and daycare: 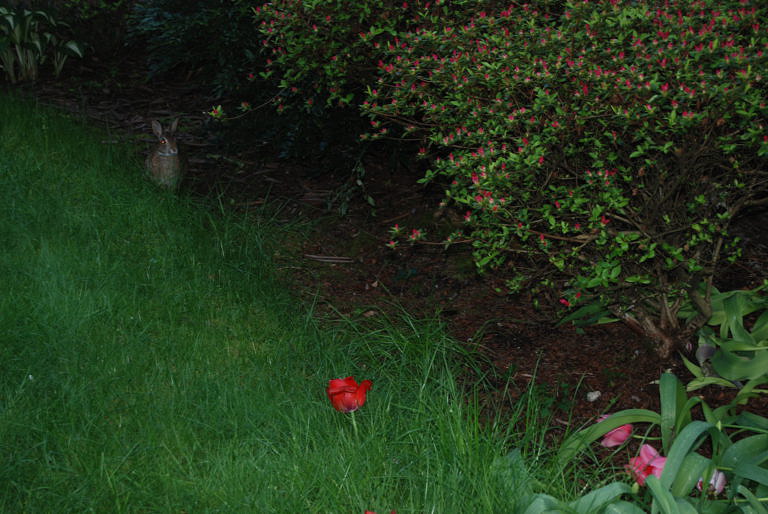 He was very quiet waiting for us to leave so that he could go back to eating our 14” tall grass. (Clearly the once-every-fortnight style of mowing is not hacking it. We’ll have to step it up a bit, apparently.)

You can also see the last of the tulips and the new azalea buds! Pretty. The mystery bulbs on the other side of the front yard are blooming and are nothing short of riotous. 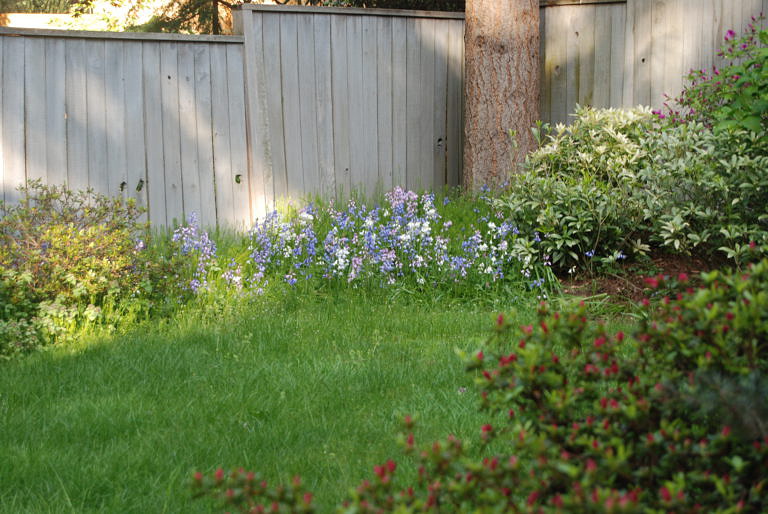 Does anyone have a guess what they might be? The first year we lived here I didn’t much care for them but the more exuberant and out of control they get the more I like them. Pink, white and blue, with little bell shapes on a stalk that grows about 9” tall. 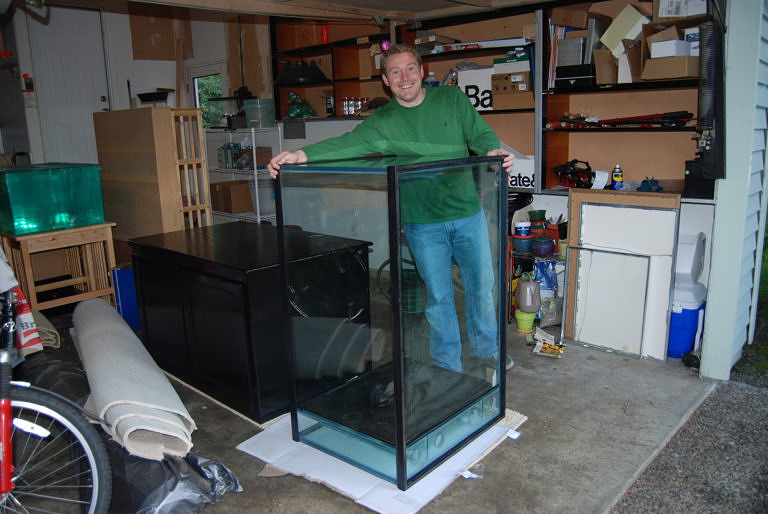 It’s way too heavy for us to lift, so the guys will come back out with their special tools and extra manpower once we’re ready to put it in the house. Next step is getting an electrician out.

Not quite swim-in size, but Kevin could totally fit in it. 🙂 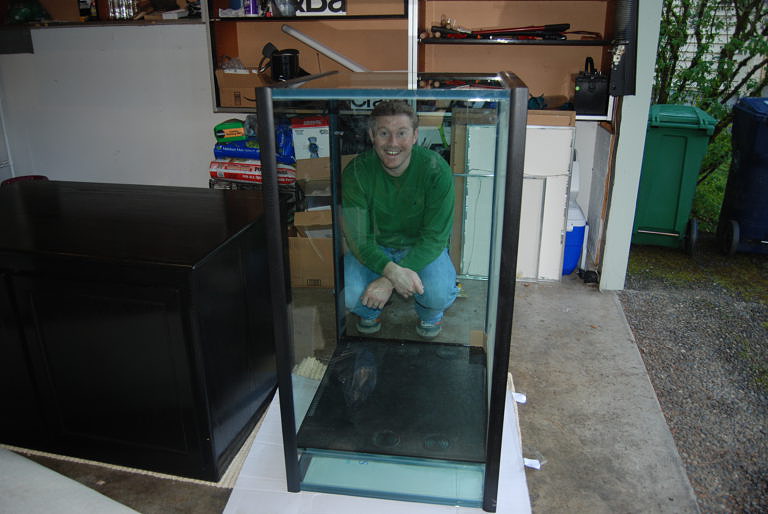 My gift to Kevin this year was houseplants (I know, too exciting), and we finally took our trip over to Molbak’s this weekend. Orange pots with pretty low-light plants for our almost-no-light bedroom: 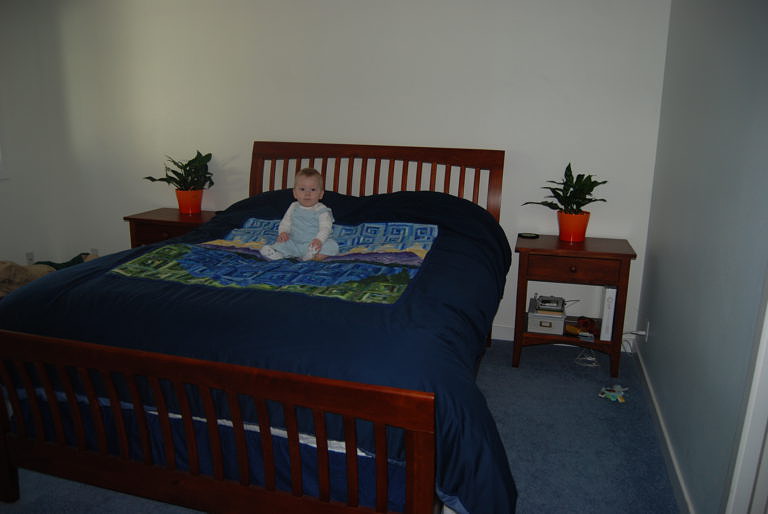 Plus a pretty mix of green plants in a yellow pot that looks so sunny and cheerful in our kitchen. 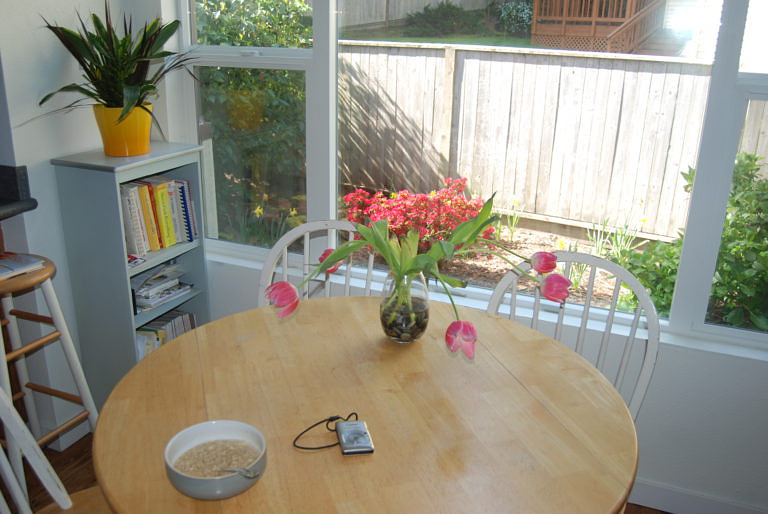 (Shown with the still-blooming daffodils and brilliant azalea outside.)
A low planter for the coffee table in the family room and a tall mix for the living room, neither of which I have pictures of yet.

While we were there, we took advantage of the 30% off sale and bought blueberry bushes for the side yard outside our window – I’ve been wanting to plant some there almost since we moved in. The lavender I’ve been growing from seed can also go there (though I’m not sure what it will think of the acidic soil – an experiment). We left them in their pots overnight to make sure we had the placement right. Here’s a photo of the view before they went in the ground. 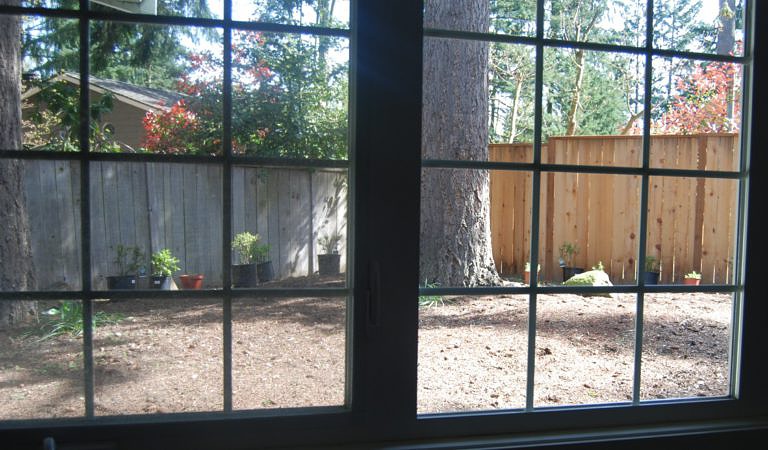 This post is a few weeks overdue, but the stand for our new tank arrived in late March!! 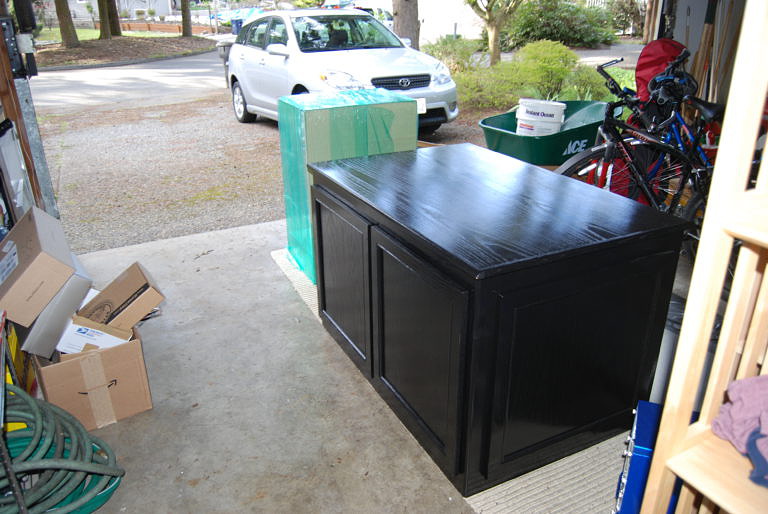 It’s so pretty. There are five doors (two along each long edge, and one at one end) so that we’ll have lots of easy access to the refugium that will be inside. The sump and all of the pumps (and therefore most of the noise) will all be plumbed out to the garage. Kevin’s been slowly collecting bits and pieces of what we’ll need, but this is the first thing that feels real to me, since everything else so far could have been used to update our existing tank.

Another view, plus the custom plexiglass refugium and sump, still all in their shrink wrap: 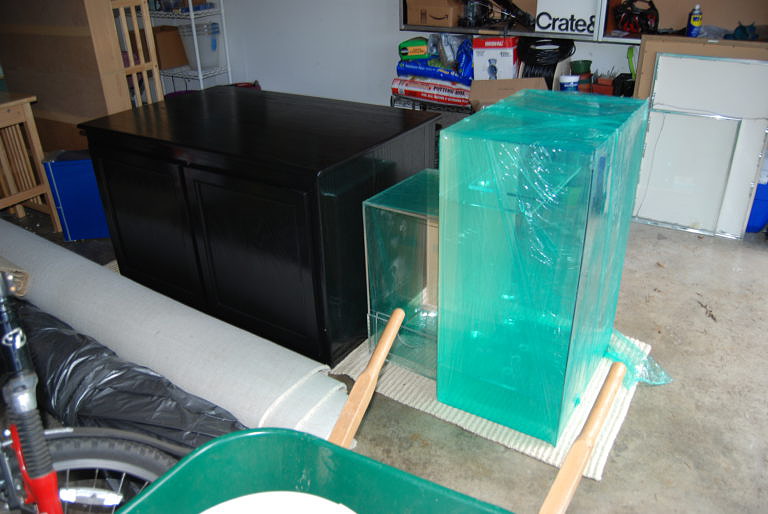 We’ve been having all sorts of interesting happenings next door. The house next to ours is a rental, and the renters (up until three weeks ago, but now they’re gone: wahoo!) were crummy – tons of cars, tons of noise, perpetual cigarette smoke, and generally not fun to live next to. The owner is a no-op, total absentee landlord (I finally met him for the first time on Monday). But the old renters are gone, and there have been a string of cleaners and painters showing up all week as he attempts to lure new renters. Apparently the painters also know a thing or two about trees, or at least own a chainsaw, since they did a fair amount of pruning. Their first target was the huge maple. 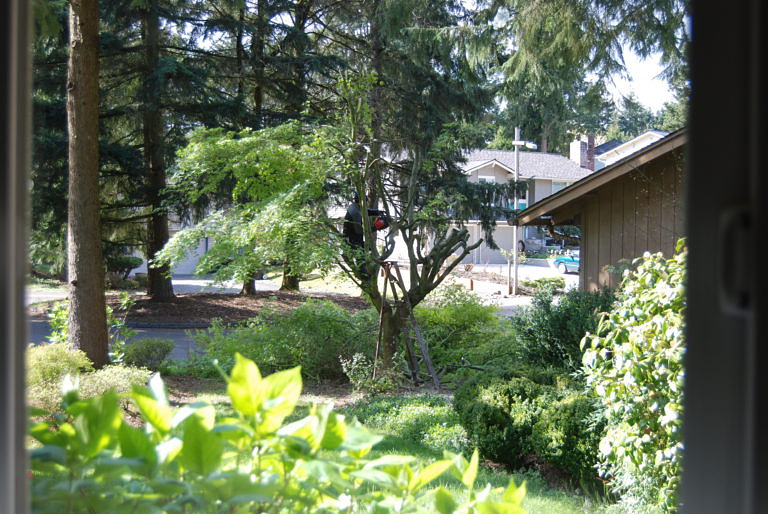 But nothing was safe. 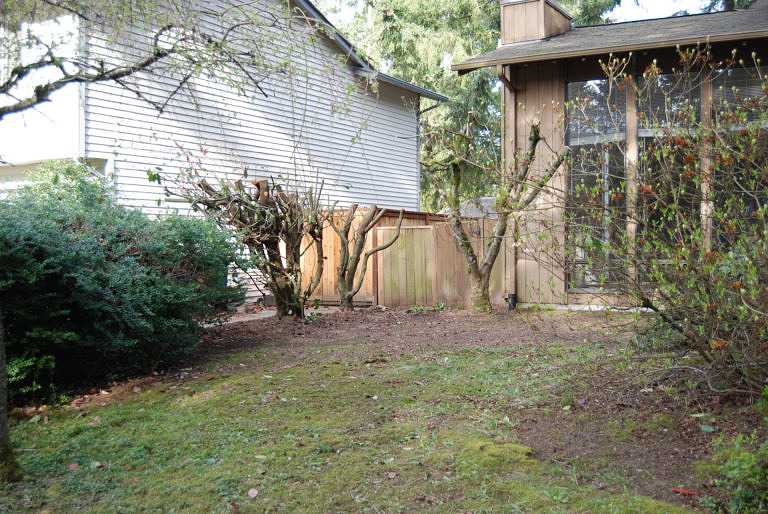 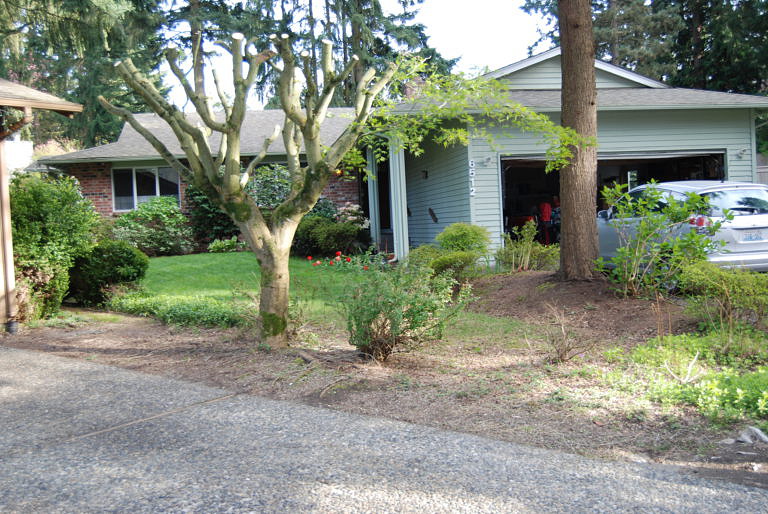 On the plus side (reaching towards the positive), it certainly opens things up a bit and the street appeal of our house probably jumped a few notches now that there’s a cleaner view from the street. But on the flip side, poor tree.

I was out marveling at the carnage when a potential renter showed up to scout around – some nice man from Texas with a wife and an 8-year-old and 10-year-old (his family will join him once the school year wraps up, and he’s trying to find a rental in the meantime). He was talking about seeing if he could work a deal where he would repaint the exterior and get a lower monthly rent rate (wow! We love him already.), and seemed full of ideas about the landscaping and pruning. I’m afraid that he’ll met with the landlord and hightail away, but keeping my fingers crossed that it works out.

I snapped a photo of the tulips by the front walk on the way back into the house – cheerful, happy, brilliant flowers, and messy enough to convey personality. 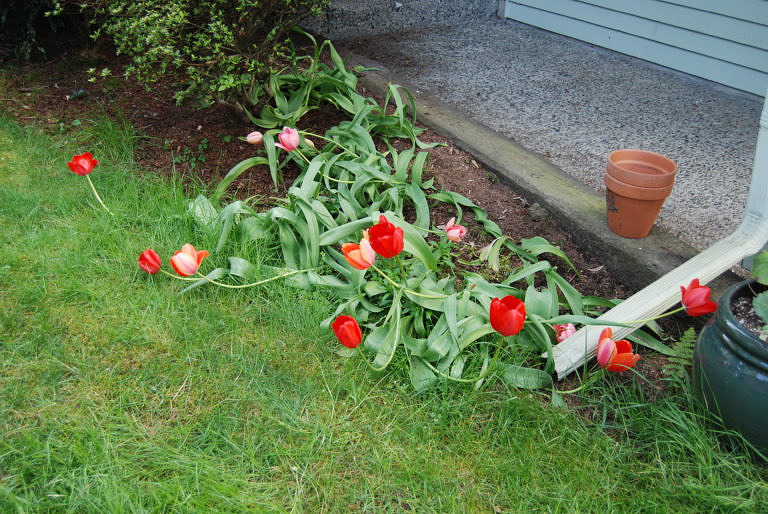 They’re getting a bit blowsy, so I’m not sure how many more days we really have left, but they’ve just been something to behold for the last two weeks, and brooding with anticipation for another two before that. Such a treat.