Kevin found out about the eclipse last night, and I got more details this morning – that the moonrise would be at 6:54 nearly due east, the total eclipse would start at 7:11 and end at 8:23, and the moon is 98% full (or, as Henry would note, waxing gibbous). We had clear skies, it’s dark enough to watch at this time of the year, and it wasn’t too much past bedtime, so we decided to go watch from Gasworks.

Henry and I went out after nap to buy a thermos and apple cider. I made mulled cider and apple muffins, and we picked up subs en route in the U District for a late picnic dinner. Kevin let us off and went to park. (To think I’d been worried about our car being towed because the park is supposed to close at sunset!! The parking lot was chaos.) Henry and Claire were very enthusiastic about going up the big hill with more people on it, so we did – it was bristling with people, tripods, and crazy lenses. (Photo by Kevin, 10 minutes later. We’re up there somewhere on the left side.) 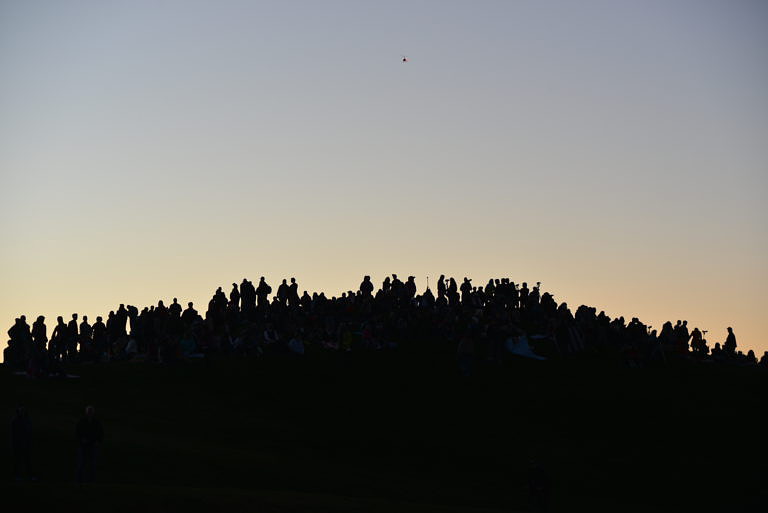 Actually, I like this zoomed out one even better. It’s almost hard to tell where the spiky trees stop and the spiky people-covered hill begins. 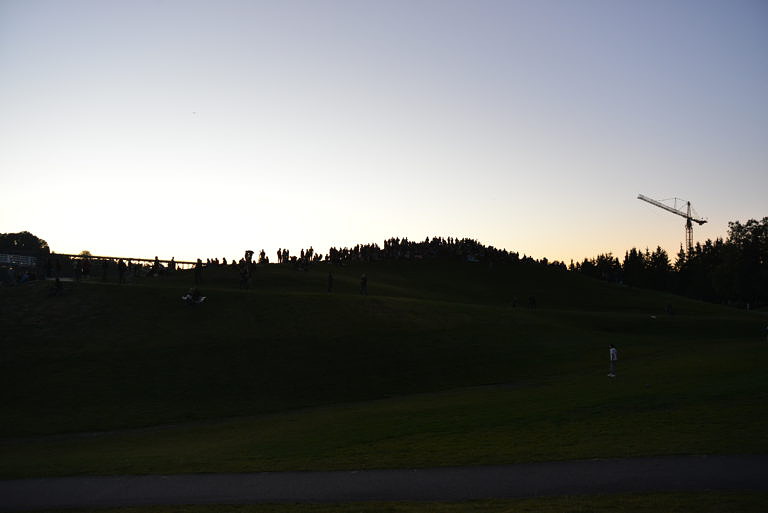 It was chilly enough that the blankets felt very snuggly. The subs were delicious. The children were adorable and savoring the treat of a night out. Kiddos, a snagged spot, and waiting for Kevin to arrive and seaplanes & the moon to appear. 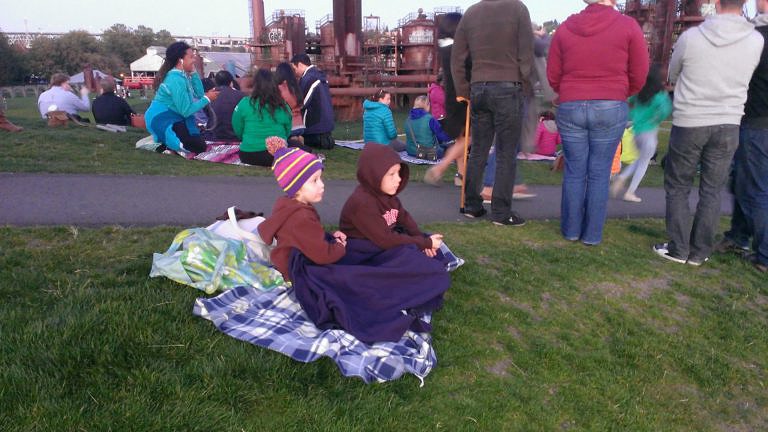 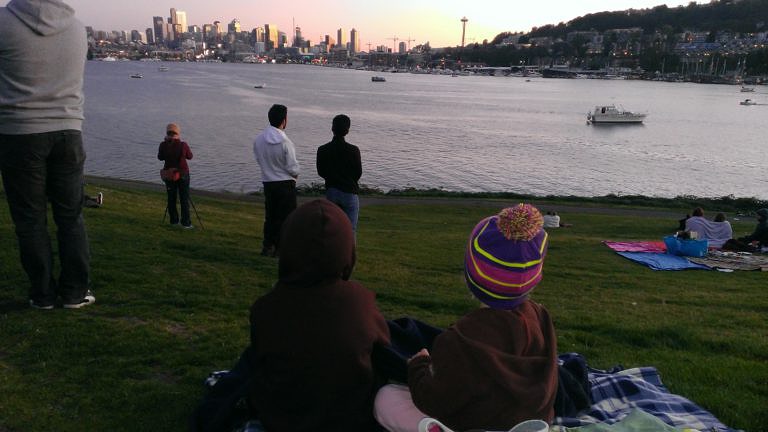 No seaplanes, but lots of helicopters, planes, and one drone. Plus a few fire-spinners across the park, an amazing skyline view, and a super eclipse. Not bad. 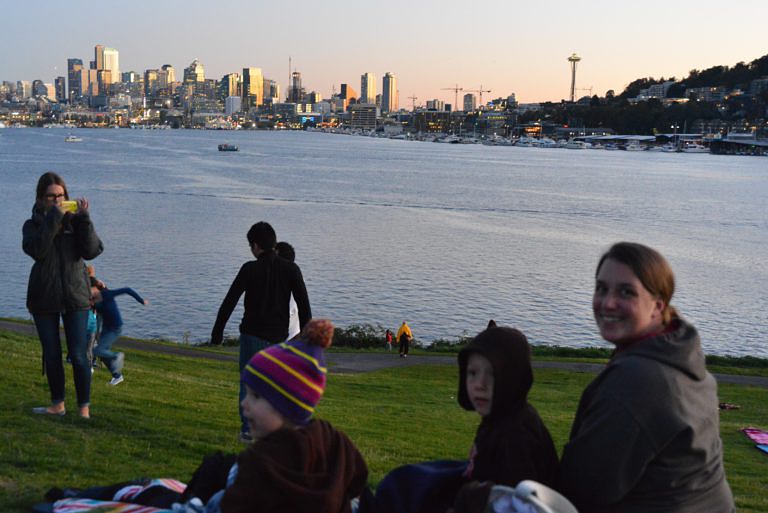 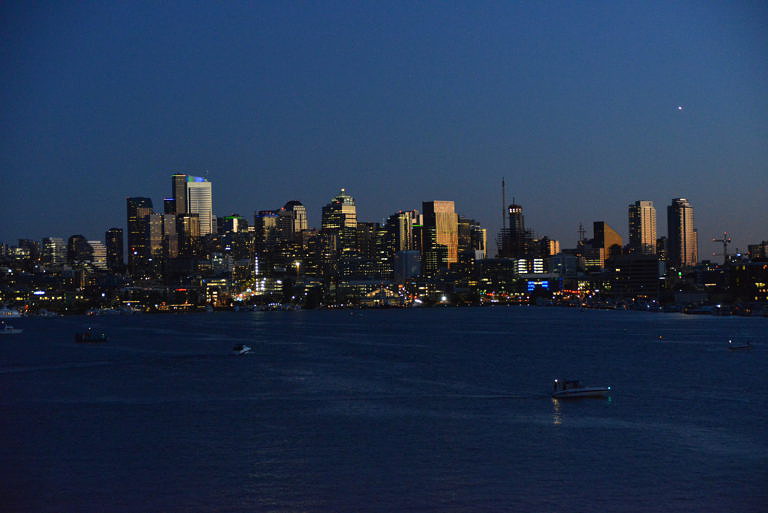 Henry was the first one of the four of us to spot the moon rising over Cap Hill (and most adults around us didn’t realize until several minutes later. Here he is, doing a reenaction for the camera: 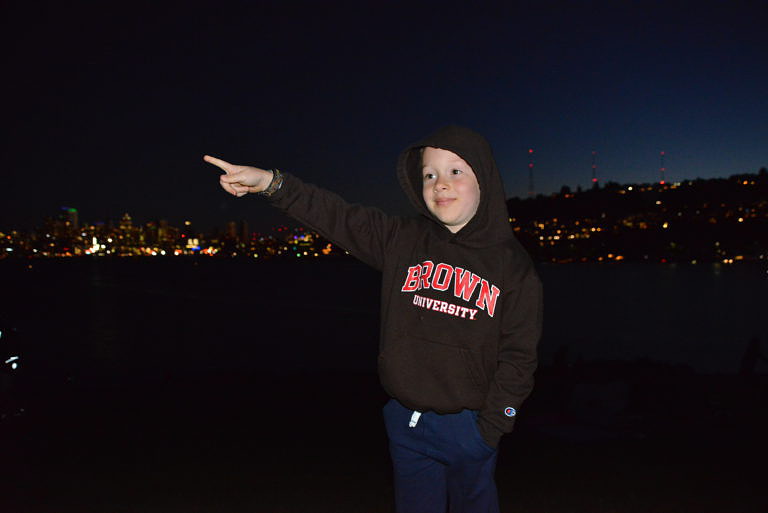 Henry was a delight – full of interesting thoughts, wrestling with the idea of why eclipses happen (we kept thinking he had it, and then he’d ask a question that made it clear he still thought this was some sort of super-fast phase and not the Earth passing between the sun and the moon). He was captivated by the idea of all the people though time having no idea what was happening, and trying to puzzle it out, and feeling afraid – it would have been so confusing and scary if the moon disappeared and then came back, just in a few hours. Or even worse, the sun! We also have had just interesting one-off conversations all day – whether there’s one Pacific ocean or two (intellectually, he knows it’s one, but all the flat maps are drawn with two, one at each side, and he still gravitates towards that view), what’s on the opposite side of the world from us, the “blue marble” photos and how they helped everyone understand we live on a large sphere, not a flat thing, if it WAS flat what would be underneath, why you can’t tunnel through the Earth, etc, etc. And then in addition to all of that, excited about the boats on Lake Union, the planes, the people, the city, and being out doing something fun. 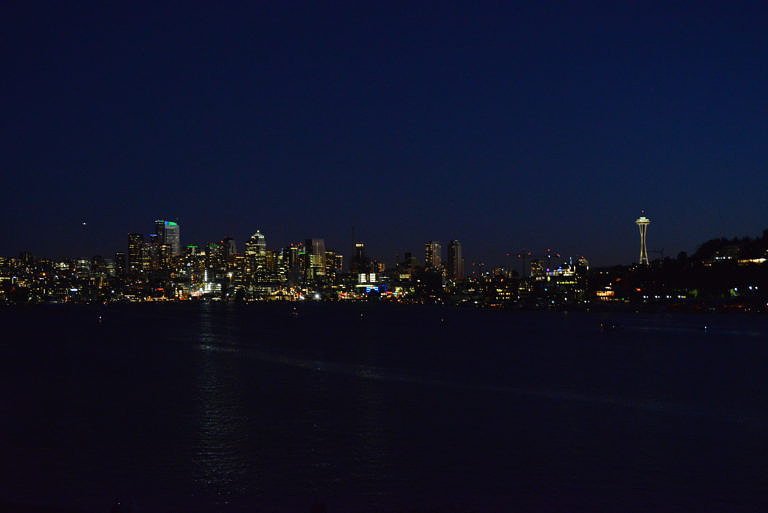 Claire was a delight too: hopeful for seaplanes, but also happy snuggling under a blanket, eating dinner, watching for exciting dogs, warming her hands on the cider cup until it was cool enough to drink, and finally tucking in her thumb and cuddling in my lap with her babies (pillowcases) and being dreamy watching the boats. 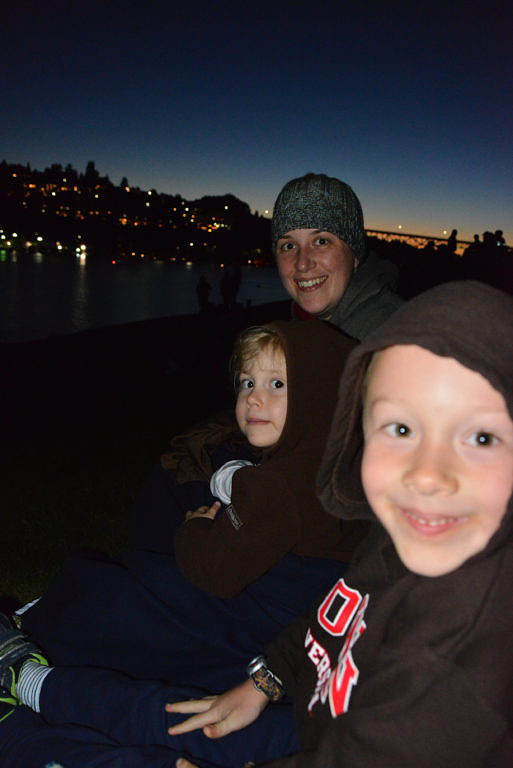 Three of my favorite people – keeping warm and drinking cider. The moon is in the tip-top right corner. 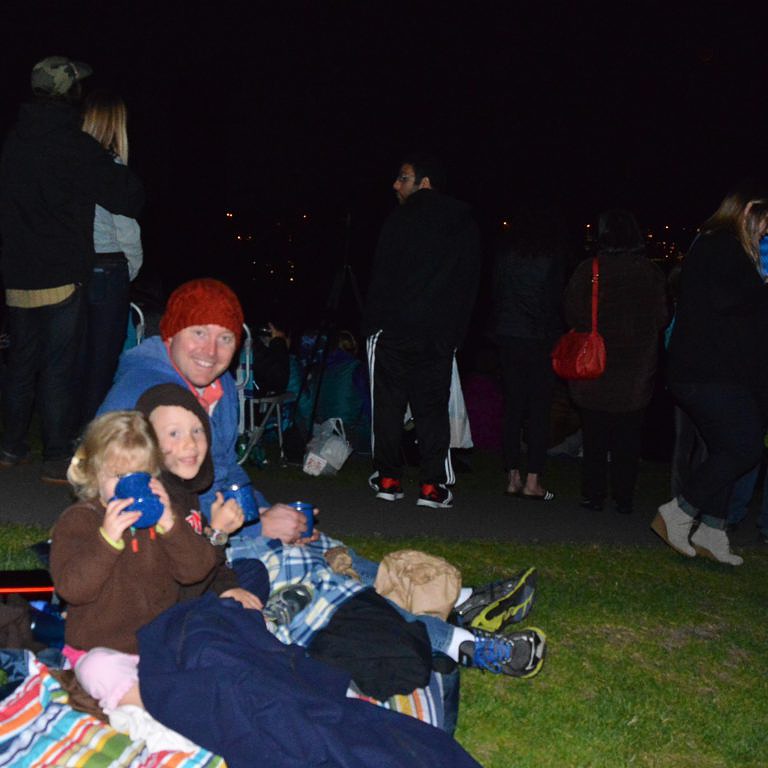 (And this was our first time using our camping cookset that Santa brought two years ago. We didn’t use it the first year because Claire was one-going-on-two, yikes, and we didn’t go camping this summer because it was so hot and dry that all the camp sites had rules against camp fires. But this was a perfect first run for the mugs.)

Proof-ish, it’s hard to take photos of a total eclipse if you want a flash for the people there. 🙂 But we had a good view, look for the arrow that’s pointing at the moon! 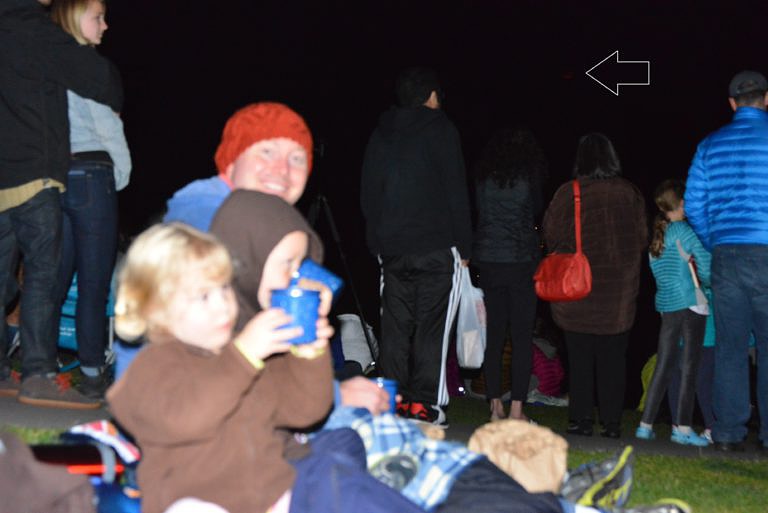 The best photo you can take of an eclipse with no tripod and while ambulatory, toting armfuls of picnic gear and kids. Credit: Kevin. 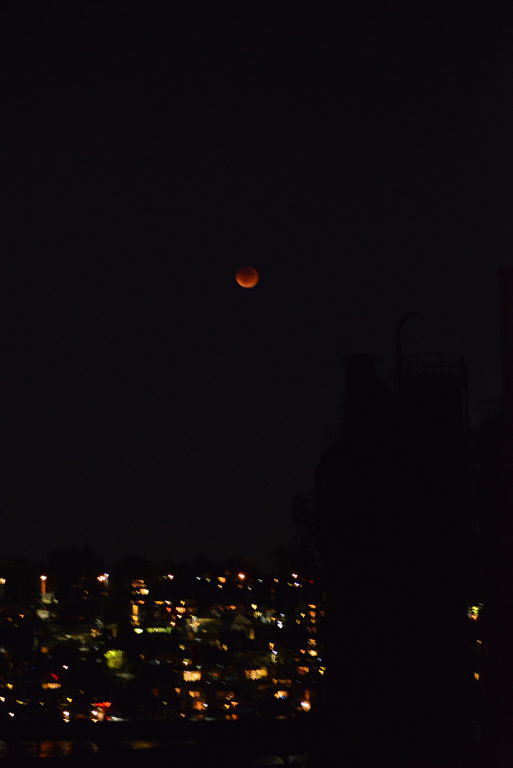 I’d brought flashlights for the walk back to the car, and mid-route (partway up a many-tier staircase), we came across a lovely circular landing, paved with a huge tile mosaic in blues, embedded with dozens and dozens of metal sea creatures. We watched the moon re-appear the entire way home, through Seattle and across the 520 bridge, then the kids said goodbye to it one last time when they were all in PJs. We never break 8:00 bedtime unless we’re flying somewhere and tonight we we’re home until 8:45, but it was a magic, perfect evening.