A few tank pictures, just in case you thought I’d lost interest… 😛
The xenia has completely split. The original “tree” is on the left, and the new branch creeped over a few inches away and then somehow severed the foot joining it with its parent. It’s extremely cool to have seen the process, which took about two months. They now act as completely independant creatures, and I’ve seen several times when one curled up it’s hands in irritation and the other stayed completely outstretched and pulsing. We’ll have to figure out if we want to start breeding them for resale. 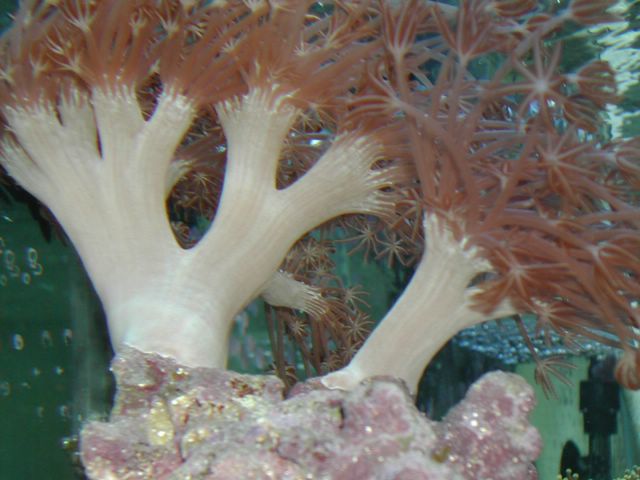 I tried to take pictures of the fish, but they wouldn’t stay put. There’s a great shot of the gramma behind the mushrooms, but other than that it’s just the clowns bouncing off the walls.

And I finally got a great picture of the sunflower zoos and the yellow polyps: 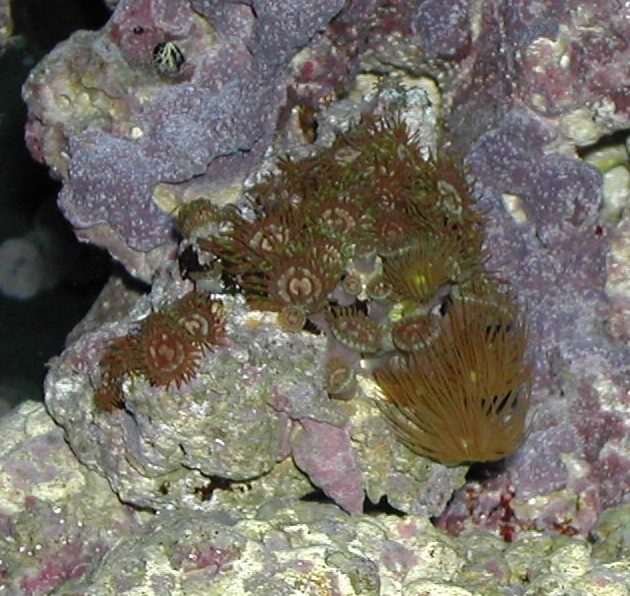 You can see that there are some very tiny new faces, the zoos reproduce by budding, and so ours is growing! The yellow polyps (at the bottom right) have been getting bigger since we started feeding them the same chunks of meat that the fish get, so hopefully, they’ll start spreading soon, too.

One thought on “Tank Update”