Two fun fish pictures , that I never ended up posting. The first was from my week off, on a sunny Friday. I came downstairs to find the fish zipping about in unusually bright water, and laughed to wonder if they understand sunlight. (These are the captive-bred clowns, after all, who would rather host in plastic than coral. I’m not sure they’ve ever seen the sun). I got a picture of them next to their shadows on the wall: 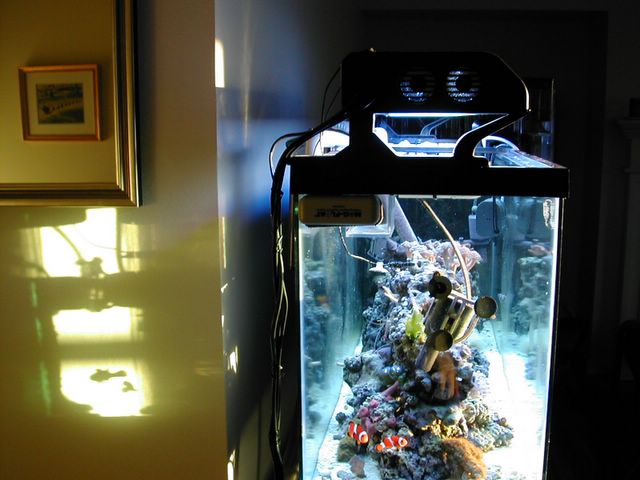 This is a rare time-of-year shot, since the sun isn’t low enough for long to make it in the living room window, and generally when it can, clouds are covering it. But it made me happy to see them frolicking in the sunlight.

The second photo was from the Olympic period and it never got its own post. Our shrimp molts pretty regularly, and it’s always a bit of a shock to see what looks like a fully formed shrimp sitting next to him. (Or, rather, her, since she not only molts but produces eggs every few weeks.) Usually the molted skin (exoskeleton? at times like these I wish I had a better grasp on my aquarium biology terms) drifts away into the filter, or collapses on itself, but I came downstairs one morning to find a perfect one sitting there on the rocks: 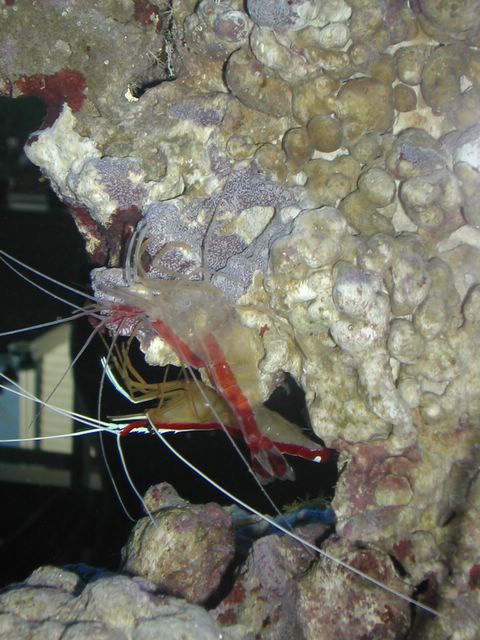 One thought on “Oh, the fishtank”