Now that I have a permanent (as these things go) office, I decided it was time for plants. Partly for the fun of planting seeds (which I don’t think I’ve done since elementary school) and partly for the positive energy of watching something grow and develop at work, I decided to plant herbs. I think I was having vague notions of metaphors for things that are useful, make the world happier, and grow larger by the day. Writing docs, especially at the very beginning, was very challenging, so the image of something gathering strength and sending out roots and shoots so that it could contribute desired products down the line was heartening. (The things you come up with on the commute to work, hmm?) I found cute green pots at Crate and Barrel, and stuck a 23W compact florescent daylight bulb in an office lamp since I don’t have a window, and off I went.

A week and a half later, here are the growing (left to right) mint, lavender, basil, chives, lemon balm and dill. 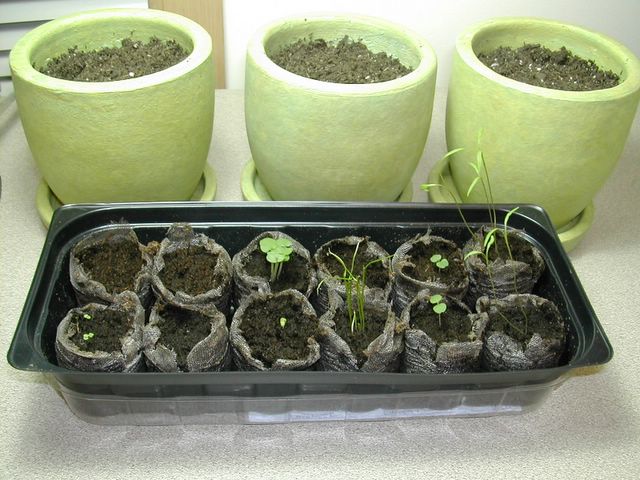 With luck, the basil will be a closer metaphor match than the lavender, which thus far hasn’t deigned to grace us with its presence.

The back seeds of basil were the first to show after only two days, and are going strong. There are six shoots, so I may have to weed them out. At the end of last week, when the second (front) batch of basil hadn’t shown yet, I smooshed the sides of the peat pack to loosen the soil. This sprout appeared sometime over the weekend. The chives are off and running, but already dry at the ends — does anyone know how to prevent that? And I’ve never grown lemon balm before, but I’m hoping it lives up to its name. 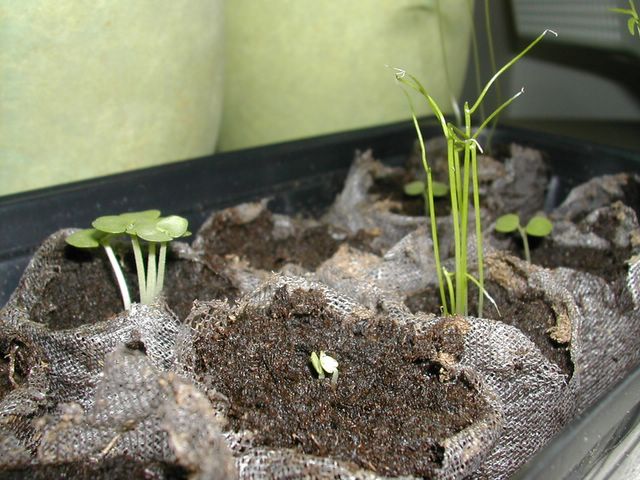 The growing packs are going to be planted tomorrow.

And, in a bit of serendipity, the day I chose to bring my camera to work, the mountains were out in force. Here are the snowy Olympics from the top of the street: 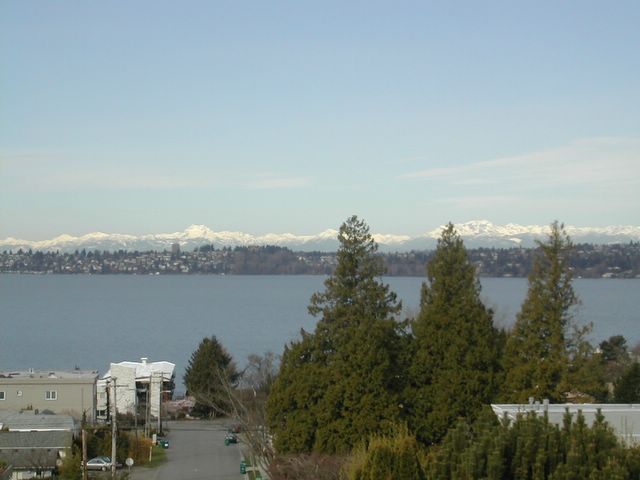 2 thoughts on “Some fun for the office”