Since I’ve been posting about the rest of the plants (yay and thanks for the comments), and since it’s still raining so the color bursts appeal to me, here’s my planter on the front porch: 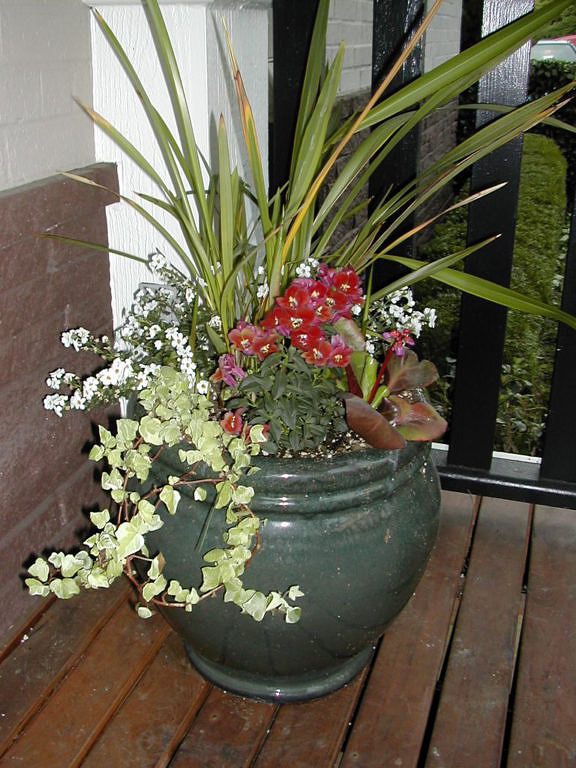 It’s been going strong with various assortments of plants since we first moved here in August ’04. (Here’s the earliest photo record of it on the blog.) The evergreen (looks like palm fronds), elephant ears (flat, broad red and green leaves to the front-right) and now-unidentified light green variegated trailing plant are still originals. I put in new bacoba (pretty, tiny white flowers) two months ago, and the red snap dragons have been in for a month and are now gorgeously blooming.

The drama, though, is due to a few bulbs I stuck in here way back in February. I think they’re called Zantedeschia, but there may be a more common name. The label, with picture, was this: 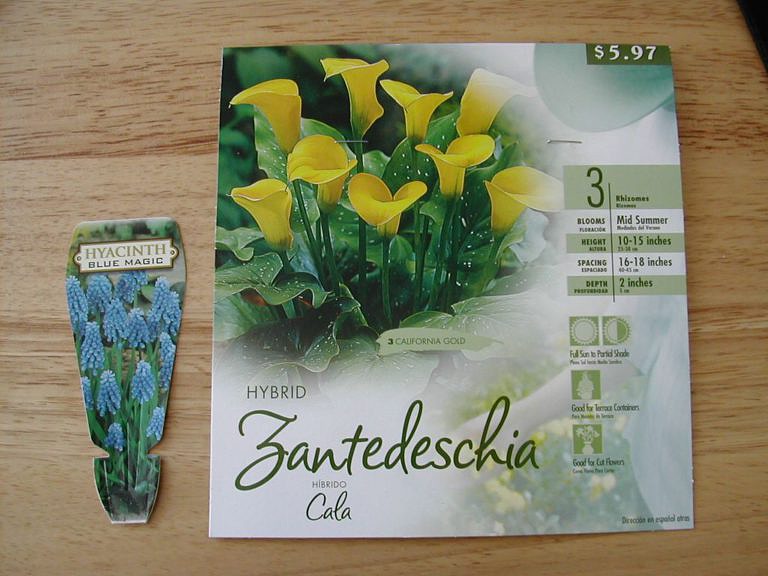 They lay dormant for months but recently have taken off. The tallest sprouts are well over 8″ tall in less than two weeks, and with their forked tops are quite striking. 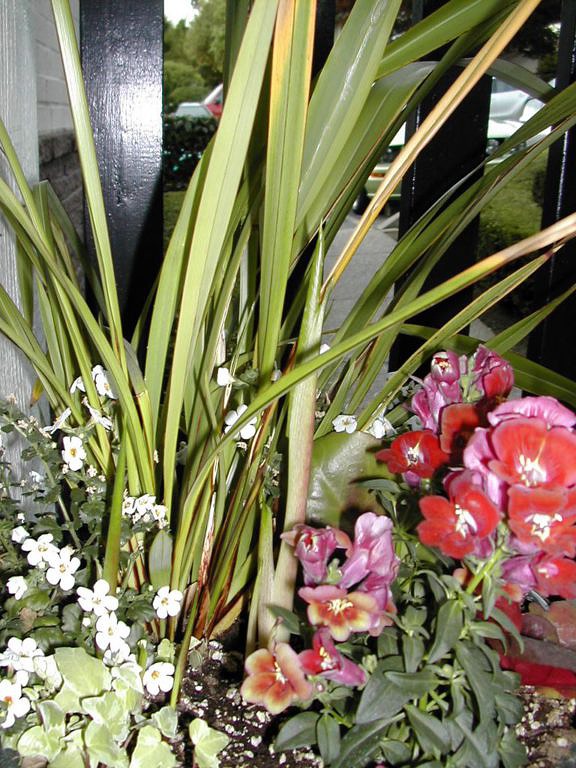 There were three bulbs, which didn’t seem like much at the time, but given that just one bulb has put up six shoots, I’m now glad that there weren’t more in the pack. 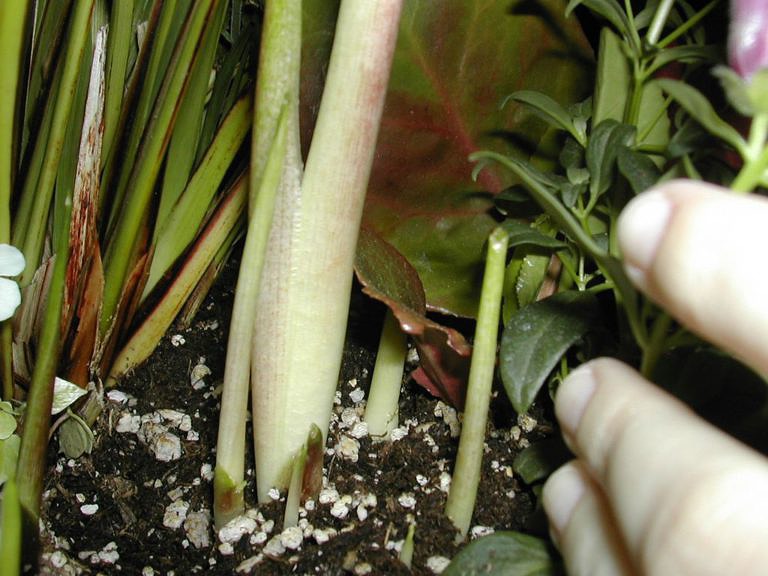 I’d love if they’d bloom in time to complement the red and gold snap dragons, but since the package puts them at mid-summer and the snap dragons have been blooming for three weeks, I’m trying not to count on it.

The elephant ears have also sent up a bud. 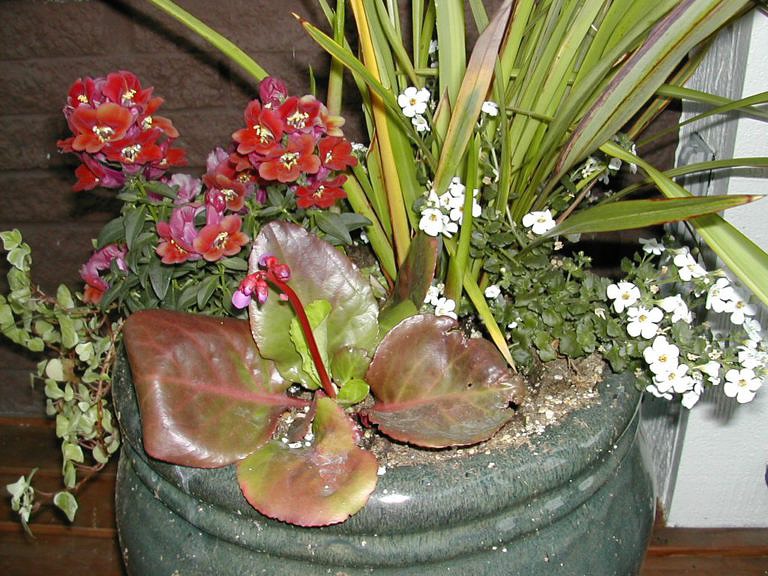 I remember the flower being pretty garish last spring, so it will be interesting to see whether this year’s plant assortment is a better foil for it. (It’s also interesting that last year’s blooms arrived a month-plus earlier. I wonder if that’s due to the weather or if something else changed?)