Last week was incredibly long, mostly due to work craziness. Lots of late nights at the office (not my norm). Kevin tore his hamstring playing football last weekend (poor him 🙁 it looks incredibly painful, especially after a full day of trying to sit in the chairs at work), and so that’s added a lot of carpooling into the mix since he can’t drive. Add in our typical mess of projects and activities, and a touch of wedding (I think we have a photographer!!), and it was just one of those weeks where I wasn’t feeling coherent anymore by late in the day on Wednesday. (I went through a full pad of post-its trying to keep a handle on things — a feat that usually takes several months.)

So, it really made me feel incredibly happy and appreciated when my team’s manager showed up in my office Thursday evening with a pair of Mariners tickets. 🙂 Such a fun pick-me-up. The seats were great: 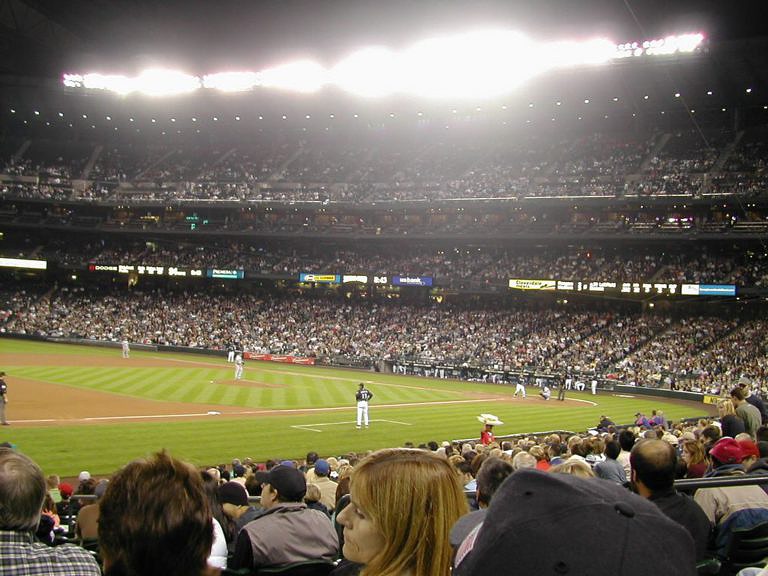 And the crowd was a lot of fun. There was some group of teenage girls in matching outfits and taking up several rows out in center field that got a wave going (after a few false starts) that lasted *well* over ten times round the park. They were cheering the crowd on so determinedly — perhaps that made the difference? Here’s Kevin shaking his head at the wave that wouldn’t die: 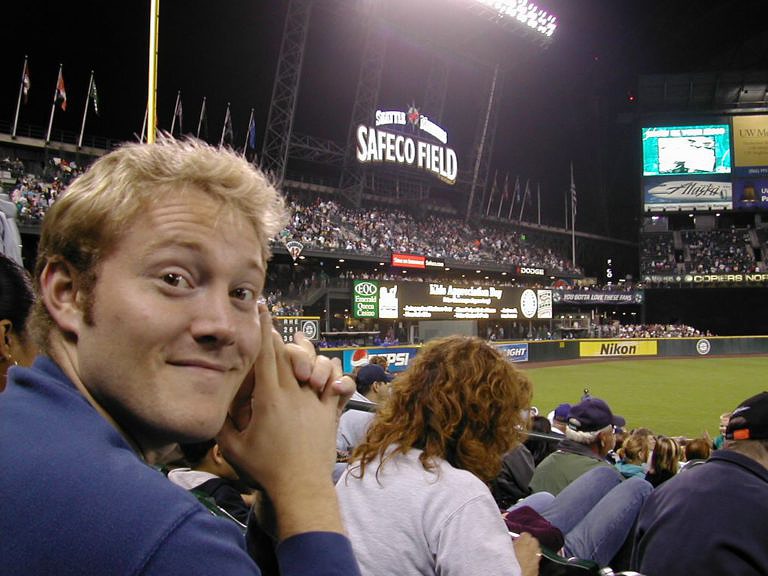