Too many nights in a row of wedding things, and last night I revolted and took up a totally unrelated project. 🙂

After Kevin graduated, I was hanging out at his fraternity helping him get packed up. One of his fraternity brothers was packing his car and left an Ikea chair till last. It wouldn’t fit, and I offered to buy it. At $25, it felt like quite the steal, and was the first piece of furniture for my first apartment. (Thanks, Metzger!!) After four years of college abuse, and four years since of sitting in the sunshine at my place, it’s been looking a bit worse for wear. 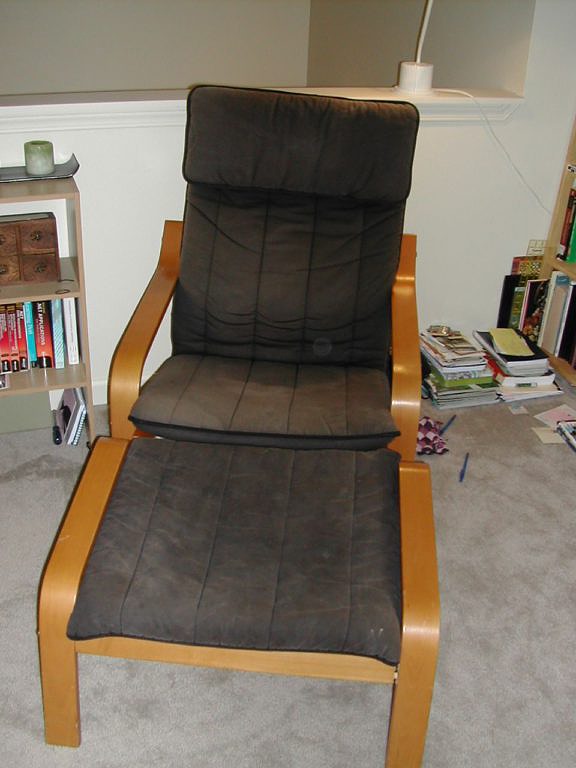 In case you can’t see in that photo, the formerly black cover is now a mottled mix of pink, grey, and charcoal. The stripes at the creases are substantially darker than the surrounding fabric. 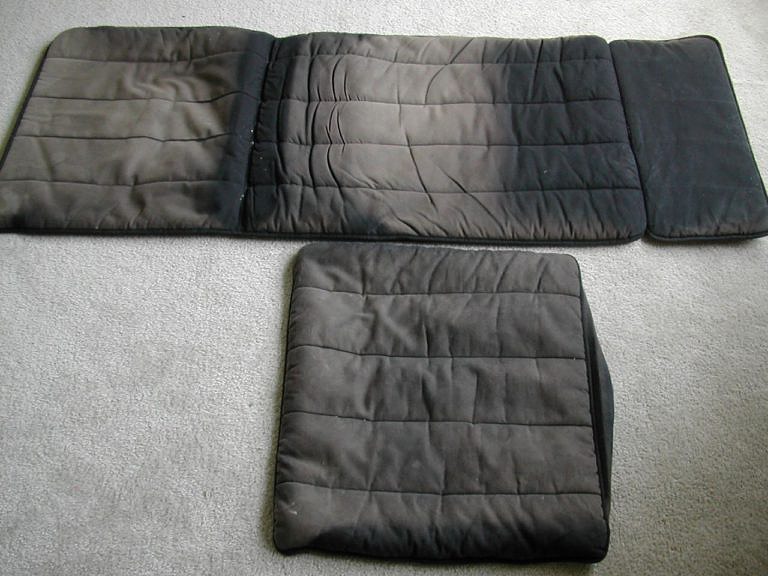 It also looked chronically out of place next to our other furniture, especially the blue futon.

So a trip to Joann fabrics, where I found a $9 corduroy remnant, *just* big enough, that matched perfectly (what ARE the odds?!**), and a few hours later, I had a brand new chair!! 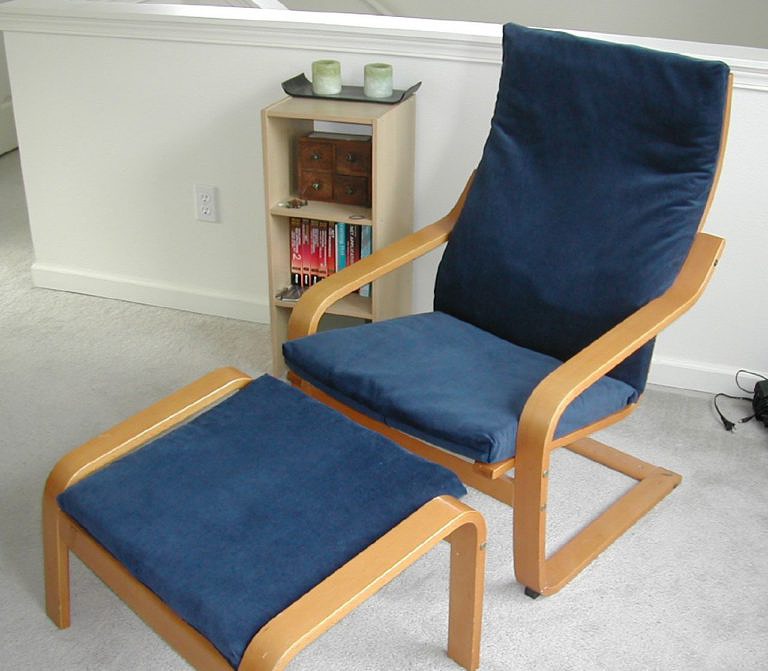 It looks so sophisticated and wonderful compared to the old one! 🙂 I reused all of the padding from the original, so I didn’t have to go through the nonsense of cutting foam — a major plus. Best of all, it not only coordinates with the futon, it really matches!! 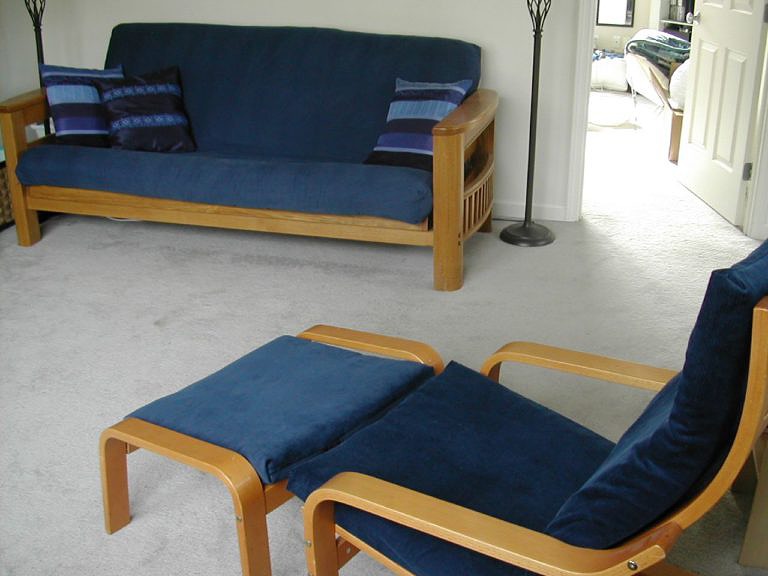 The wood somehow even looks like it was meant to go! Pretty crazy cool.

I didn’t use a pattern, just sort of lay the fabric down, matched things up, cut a bit and went to town with the sewing machine. I chose to have overlapping fabric in the back rather than dealing with zippers. I had to rip three seams (out of probably 25 or thirty), but that’s better than my usual average. 🙂 The size is great, and I figured out how to square off all of the corners by refolding the fabric and seaming, which I feel particularly clever about. 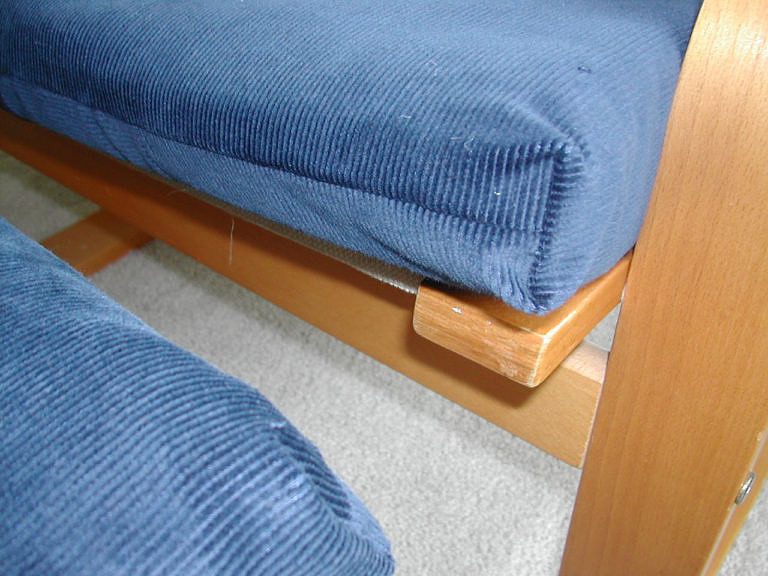 **Unfortunately, I tried to turn one lucky find into a streak. The quest for bridal shoes was a bust, and I didn’t even like anything in Crate & Barrel. Should have stopped while I was ahead.