Kevin and I flew a redeye into Boston on Thursday night, did a slew of wedding errands (including picking up the marriage license! And dropping of the dress to be pressed after bringing it on our flight as a carry-on — security was way less daunting that I’d been afraid it would be.), and then headed down to Brown for my brother’s graduation.

I don’t have the faintest recollection who took this picture, but here are the two of us outside the checkin tent shortly after we arrived, with a mere week before the wedding. 🙂 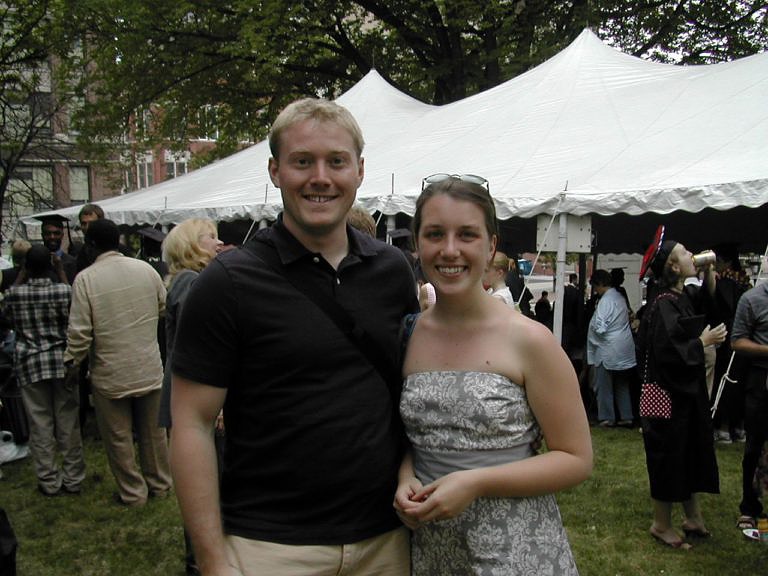