I didn’t think to take a photo on the solstice, but I do want to commemorate the loooonnng Seattle afternoons of June. It doesn’t start to hit twilight until a bit after 8:30, the sun sets a while after nine, and at 9:37 on one of the two second-longest days of the year, the light looks like this: 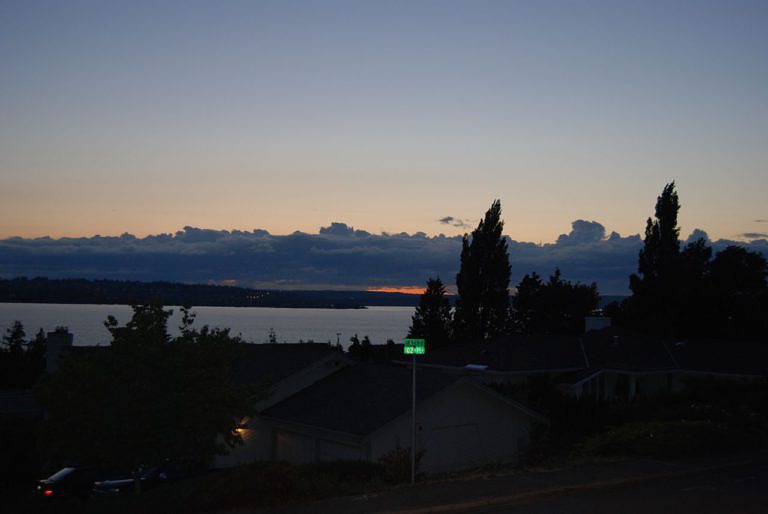 Seattle at this time of year is a gift. The weather is inconsistently and unpredictably gorgeous (one day, all of the mountains are out and it’s 78, and then it’ll reverse course and we’ll have a few days of looming grey and mid-sixties). The surprise of the weather is happy to me — most seasons out here are so monochromatic. The plants thrive and it’s fun to see the blackberries and random wildflowers blooming on the highway. The light lasts forever. Kevin and I have taken to sleeping in masks (thank you, JetBlue) so that we can leave the blinds and windows open but don’t have to wake up at five with the sun. Nights are still cool, which makes comforters and open windows wonderful. (We’ve had the heat off for about two months.) Everyone’s grilling, as you walk around the neighbourhood in the evening, and it’s a pleasure to spend forty minutes tinkering and watering out on the deck when you get home from work.

And while I know that there’s a reality check in November through March, this time of year is just so full of promise, and things to do, and happiness.

Not to mention Microsoft intern memories. Kevin and I met more or less today, five years ago, camping in the Olympic National park with, as I described it on my first blog (now just a memory), “15 kids, 5 cars, 4 tents, and way too much gear”. 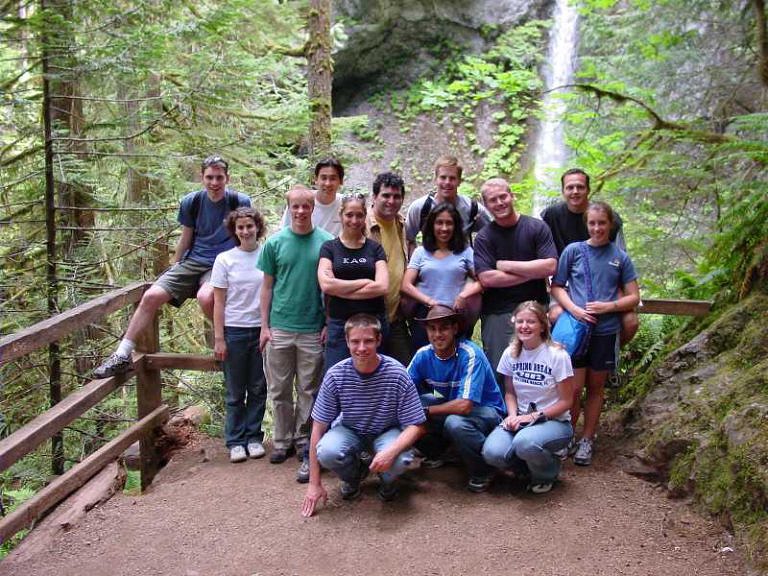 I actually brought my boyfriend of the moment, and the fact that Kevin and I were next to each other in that photo was coincidence. We didn’t know each other a bit — some of my intern friends were friends with some of his intern friends. After the trip, the whole gang of us started hanging out, for movie nights, dinners, and a zillion activities around Washington. We all had cameras, and there were a million photos of that summer. Only looking back later did I realize that seeing this photo of Kevin was part of the reason we started dating. 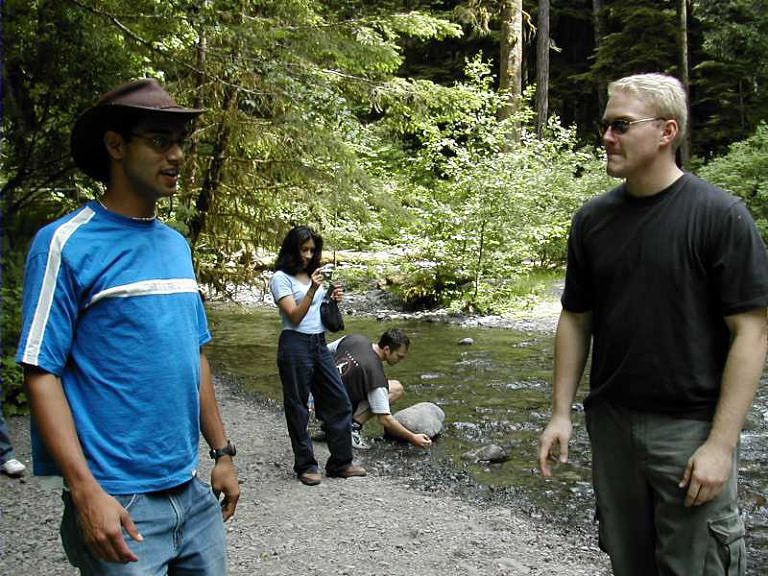 Why did it matter? Who knows? It just did. Blond, cool, and way too smart for his own good. And then he drove me to AND from the airport for my parents’ anniversary, and then he wooed me, and now we are where we are today. 🙂

To close, here’s a five-years-old tomorrow photo of the view on the way up the mountain to Hurricane Ridge. I haven’t been back to the Olympics since that summer. Here’s hoping this is the year.