Kevin’s cousin just had a baby girl, and so I had a great time figuring out good baby knitting for a gift. I ended up choosing the Elizabeth Zimmerman February baby sweater, the Saartje booties, and the Vine Lace Baby Hat ( the non-pointy pictures are adorable). The yarn was Butterfly Mercerized Cotton (Super 10), in color #3882, a deep periwinkle/blue. The buttons came from Windsor Button in Boston, MA (the mystery flower buttons in this post). I used 3.5 mm needles on the sweater and hat, and 2.5 mm needles on the booties.

The Saartje booties turned out so well, and look to be about a 3 mos size (I made the smaller version). The hat was also adorable, but fit the 8 lb newborn at birth – she definitely has a big head, but I think this hat runs small. And I made several changes to the sweater. First of all, my yarn knit at 6 st/in instead of 5 st/in, so I cast on 60 and increased at a rate of two every five instead of one every two. Then, I ran the divisions for the different body parts at 26 for the fronts (including a five-stitch button band), 35 for sleeves, and 49 for the back. I started knitting buttonholes at row 4.

If I knit it again, which I probably will, I’ll make the sleeves a good inch, at least, longer than suggested. (Two might not hurt.) I stressed about the increase rows showing up in the yoke, but the effect, at the end, was actually quite good, so as long as all increases are done on the same side, I’m a fan.

I love the front – it’s cute, the lace is pretty, and the buttons work for once. 🙂 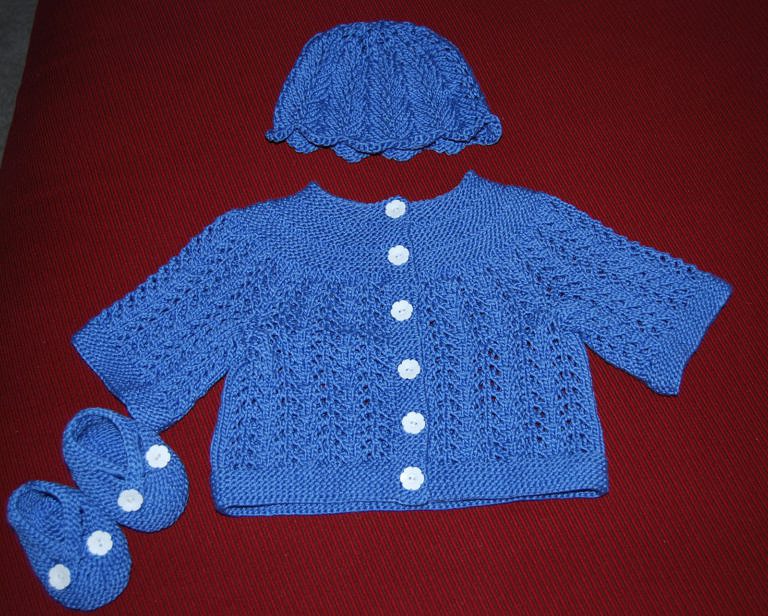 But that said, I *LOVE* the back. Something about that lace, and the garter stitch, just makes you want to hold a baby. It’s evocative and perfect. 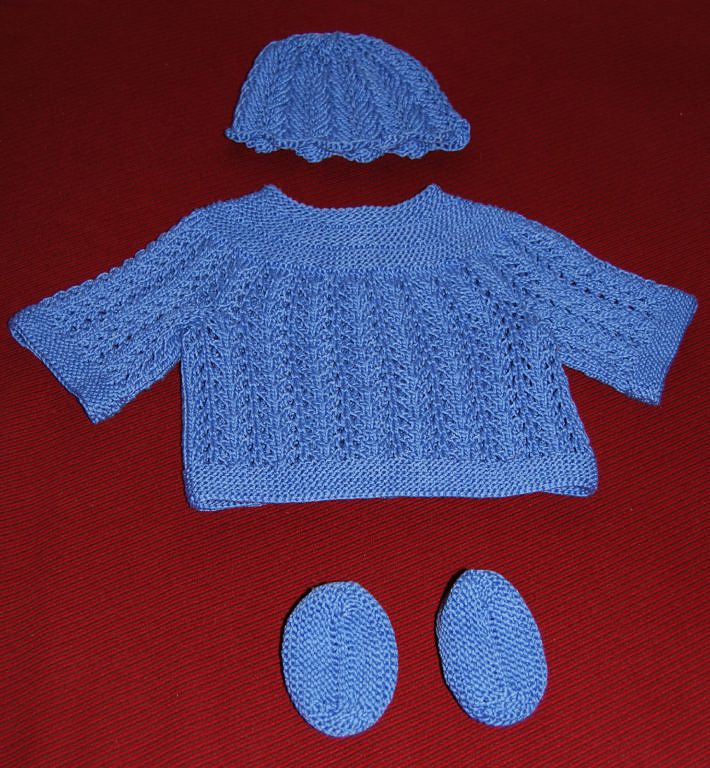 Finally, here are the too-cute booties (and finally an accurate photo of the color of the yarn). The buttons took me two tries. The first time I tried to sew them in, I used the same yarn as the sweater. Blueish yarn + white buttons look like eyes (see bootie on the right). It was so distracting. Lesson learned. 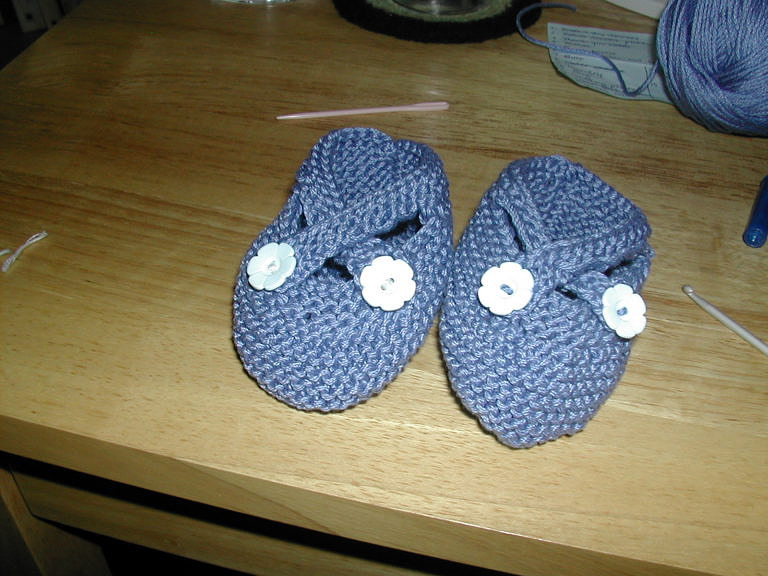 I sent the package to Kevin’s mother so that she could deliver it, and some of the first baby pictures that we got included the hat! I didn’t mean to be pushy, hopefully people were just amazed at that large head. 🙂