After about a zillion redos, I finally finished my pine trees for the quilt! It was late when I finished, but I stayed up a little longer so that I could sew the lake and land pieces together. 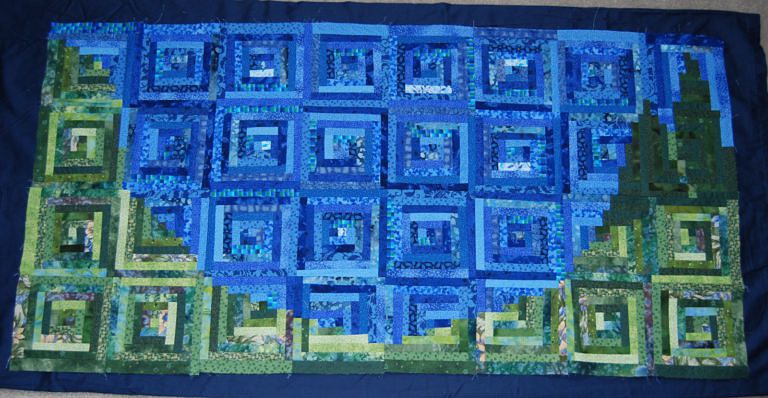 I think they turned out so well, and the colors are so cheerful even in the dark grey light we had this morning. I ended up keeping the trees exactly as they were, but replacing the water strips with light and medium tones, so that the dark greens didn’t bleed into dark blues. The tree/water divisions are much easier to see now then they were.

Also, I only had to change two of the squares — the upper right and lower left tree piece. It took a few attempts to make those two squares work, since it’s easy to go too far and make the water too light, which was distracting. Once the top piece was in place, the two middle squares actually looked fine as they were. 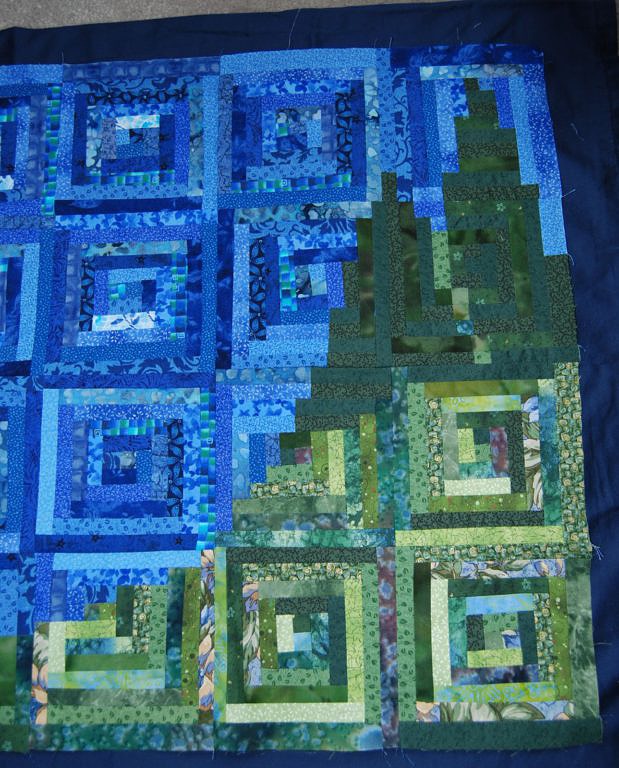 Once I took the photo, I realized that there’s still one fix to make: I’m going to rip out the dark blue strip in the top row at the far right, and replace it with a medium tone. Otherwise, it would be too dark to contrast properly against the dark blue-greens of the opposite shore. 🙂 But that’s a very tiny change — mostly it just feels so good to have that bottom half all stitched together at last!

PS. I’m on my last spool of thread — I’m so curious to see if it’s enough to finish.