Finally!! A win! Brees (who has entirely fallen from grace) and my backup Jason Campbell both had bye weeks, so I picked up Damon Huard off of waivers — not a bad pick!! In other news, LT actually broke 20! Muhsin Muhammed is finally back from his injury and chipped in. Barber had an off week, but since poor Ross’s team only scraped together 18 points (lots of midgame injuries and the Broncos defense contributed -7!), it was a good week for that to fall.

Leonard Pope isn’t doing much. I’ve definitely been having tight end problems (a problem shared by the whole league).

And even if it’s going to clash with the mauve in the football scoring table, here’s a photo Kevin took of the trees on the Microsoft campus, which always seem to turn a few weeks earlier than the trees in the rest of the area. His flag football league has started up again, and so this is from last Saturday’s game. 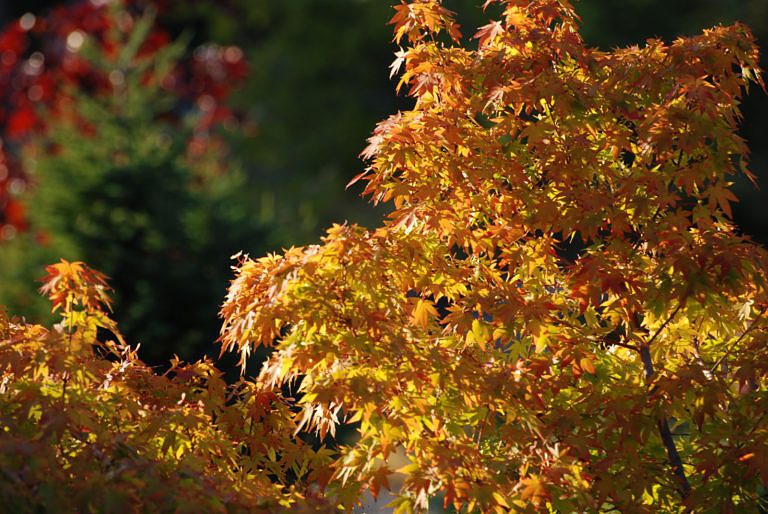