This was a pretty stellar week. Everyone in my work league’s been watching my LT performance with amusement, and predicting each week that he’s “about to go off!” and it keeps amounting to naught except that this week he actually did! And my kicker was not far behind. And Dante Stallworth really performed. At 119-57, I ended up with the highest score in my league – second place had 116 points, and third rolled in at 113, and then everyone else ranged from 22 to 93. So now I have a tying record. Neat! (It’s a little bit of a pity that all the points came this week if you believe in the law of averages, but I’m still pretty psyched even despite all of the injuries on my bench. :-))

And here’s a photo Kevin took of a spider web on the back deck. Love the photo, hate the enormous monster spiders. It’s started to get really cold at night (40s) the last few days, so maybe their days are numbered…? 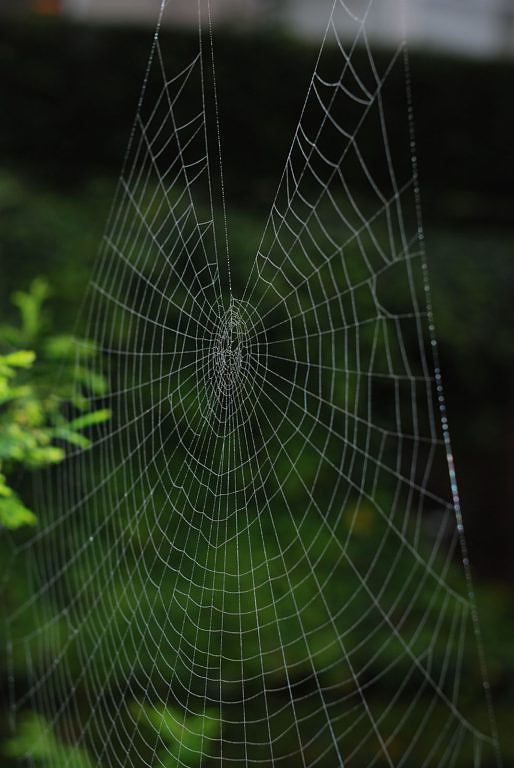