I bought pumpkins for the new house! 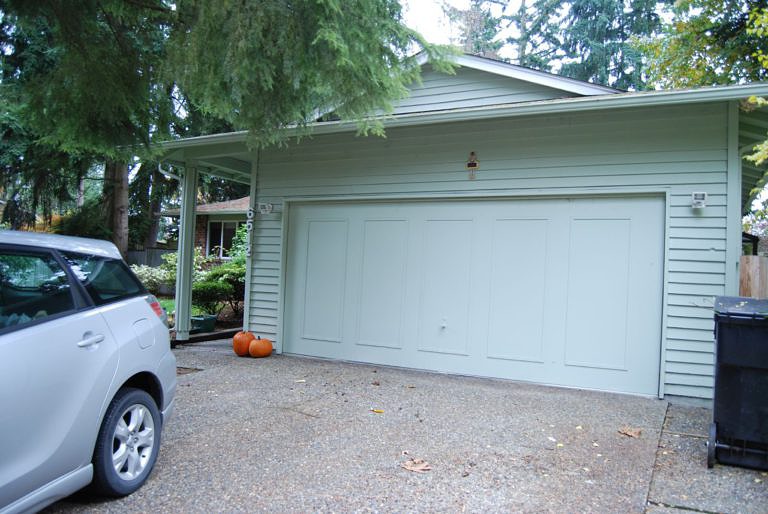 So festive. 🙂 This picture is actually a little bit amusing, as it was taken after realizing that we had to move the pumpkins left about a foot and a half. The garage door kicks out when it opens, and so the first time we went to hit the switch post-pumpkin-purchase, it neatly booted the backs of the things and sent them rolling down the driveway. Oops!! (I’m sure we could make some sort of great suburban sport out of that if we tried… driveway pumpkin bowling, anyone?) They’ve been relocated out of the line of fire and don’t seem any the worse for wear.

We’re almost, almost done moving the apartment – just some last fish tank things and cleaning supplies remain. I had to document the nth trip, since my car has earned countless points for usefulness in the last few weeks. It’s 3.1 miles from apartment to house, and I think I’ve done just under 20 loads in that time. Not too bad, especially since that meant we could just reuse all of the packing supplies that we kept from the wedding and unpack in between trips. 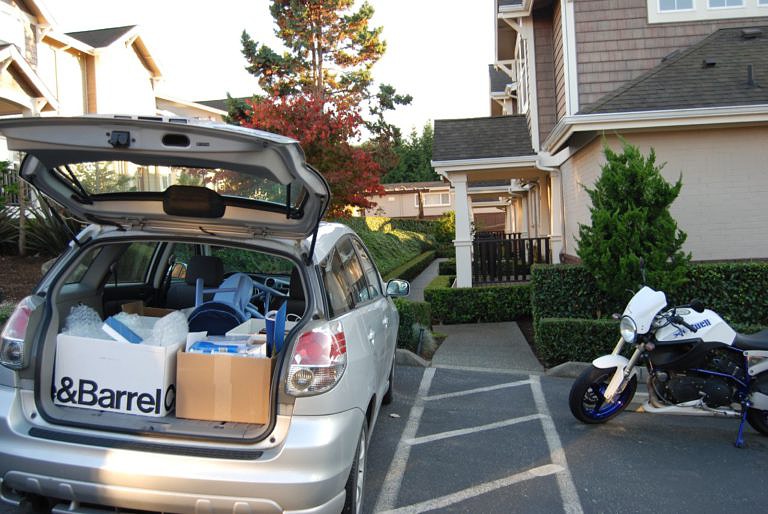 The best part of all these trips has to be the sunsets – the mountains have been out a surprising number of the days. I took a slight detour to see the prettiness from the 405 pedestrian overpass. 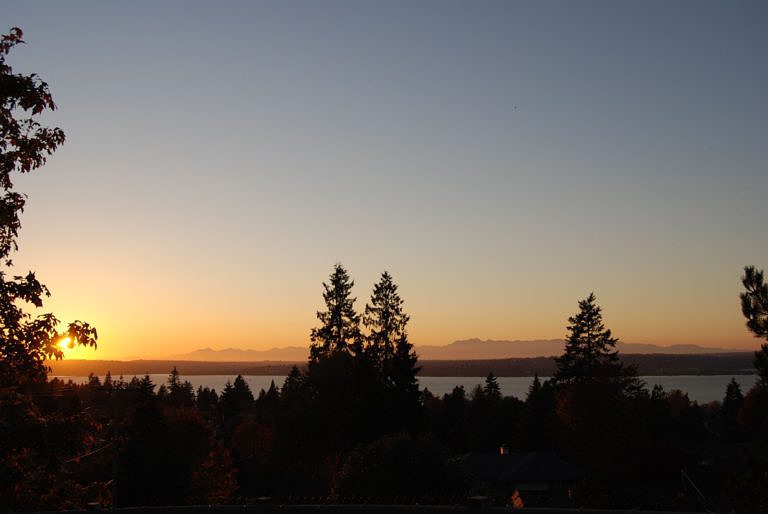