First of all: it’s already week nine?! What happened to October??

Not a bad game – I finally have a winning record, after this 79-63 matchup. 🙂 Rock on. Drew Brees was awesome AGAIN (crazy!), and my running backs were decent. Wide receivers were remarkably subpar, and the pats D and kicker weren’t their typical selves, but it was enough to win by a pretty decent margin. Poor Schobel did nothing, but at least I was cheering for Philly while he was out there (even if the game itself was painful). And 11 out of Burleson (a new local pickup off of waivers, riding the bench for the moment) is not bad. We’ll see how he does.

In the “someday we’ll have walls and real furniture!” category, Metzger was in town and he, Shawn and Sanna came over to watch the Pats vs the Colts (and then the first half of Philly vs. Dallas until that got too depressing). We’re lucky to have the kind of friends that bring fancy cheeses and crackers (not to mention the beer!) but don’t blink an eye at watching the game from canvas chairs in a room that’s been stripped to the studs. 🙂 Our kind of people. 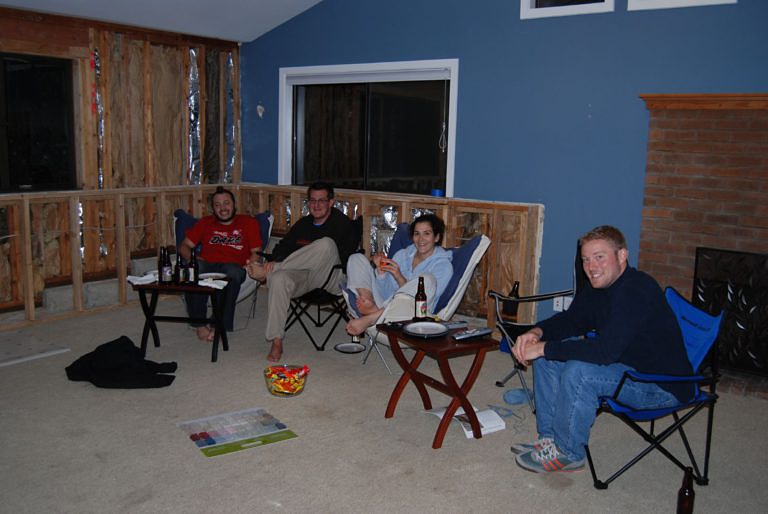 Plus, their puppy will be staying with us for Christmas! Pretty awesome.