Kevin finally made the decision to give up the increasingly dillapidated desk that he’s had since starting college. He kept it with the best of intentions (ie. paying down student debt and now the mortgage), but the thing hasn’t been a 90-degrees sort of structure for years, and enough dust has blown out so that it just sways around its screws, rather than holding firm. For a circa-1999 structure built of particle board, and disassembled and reassembed so many times, it’s really done remarkably well, but all things come to an end. 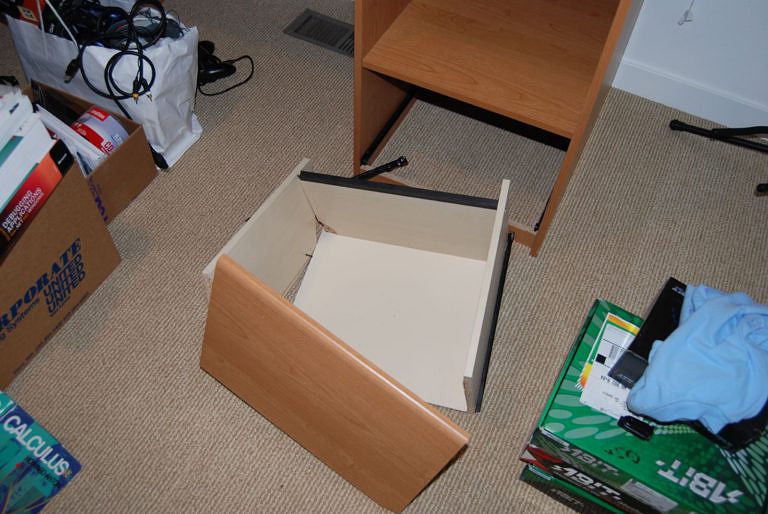 We’ve had a dumpster in the driveway for a few days (thanks to home depot’s rent-a-dumpster thing – we got it for all of the drywall scrap in the family room, and it was so, so much more reasonable than going through the normal trash pickup options), and on the eve of the dumpster getting picked up, Kevin found a new desk and trashed the old.

One last photo for posterity: 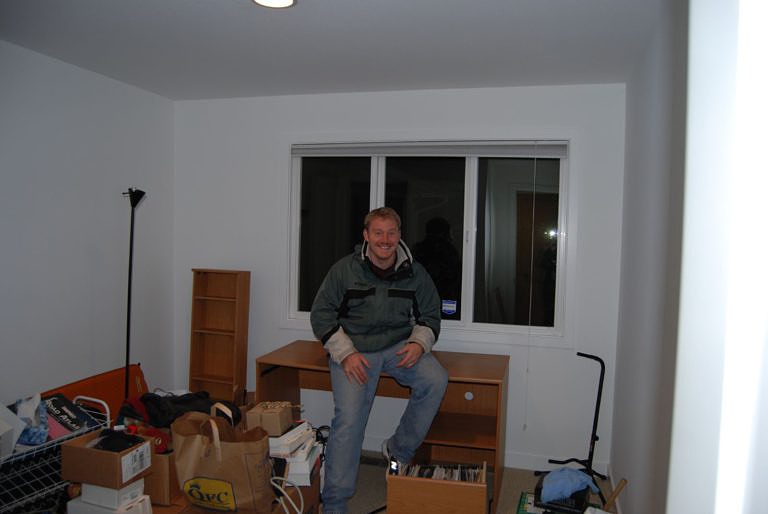