Kevin somehow convinced Shawn to help him hang the drywall in the family room, and now we not only have walls all the way around (woot!!), but the rooms’ a step closer to complete.

(I’m still a bit mystified how the old owners lived in this house without freezing. When the furnace is on, it’s a bit too hot for comfort, but the heat just vanishes as soon as the thing turns off, and I spent most of my evenings in hats. I suspect that if you had some sort of infrared scanner, it would illuminate a neat pillar of extremely hot air rising out of our roof every 40 min or so. There’s a saying that a boat is a hole in the water that you throw money into – until we get the new insulation installed in the roof and crawlspace, I feel like our roof is the comparable hole in the sky.)

So, Kevin put up a new foam moister barrier over the exposed foundation… 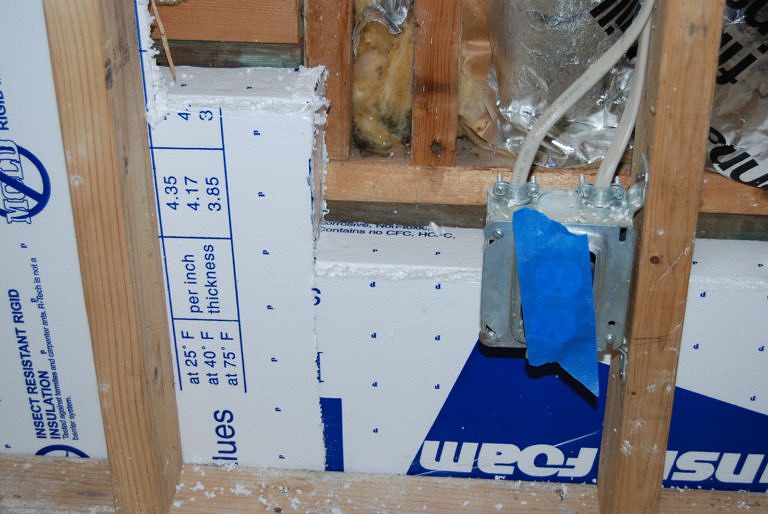 … and then packs of fiberglass insulation. 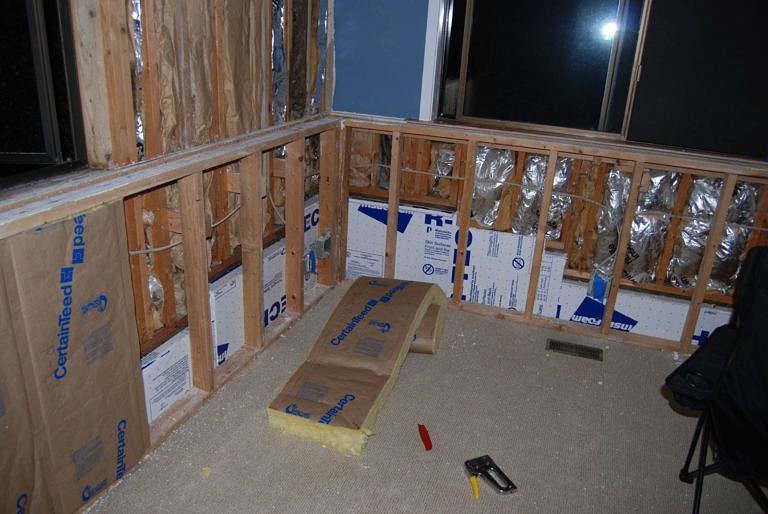 You don’t generally say that the insulation looks “pretty”, but the new bottom row in the bump out at least looks neat and well installed. 🙂 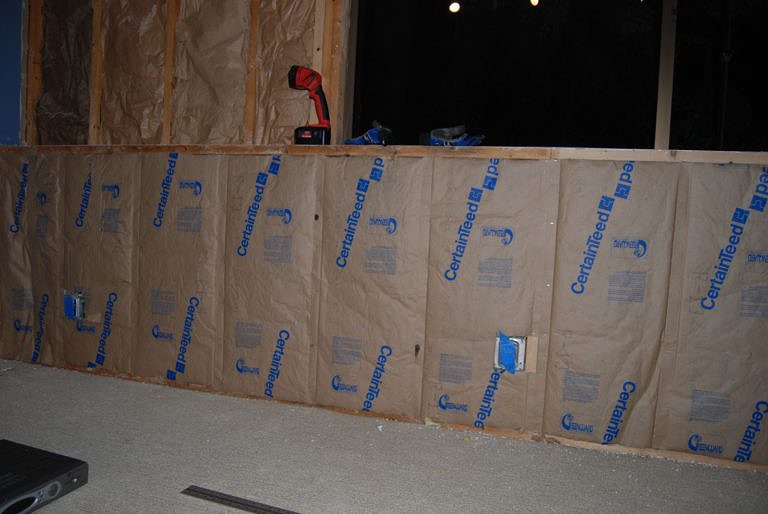 Once those steps were done, then Shawn and Kevin measured and cut drywall, and got all of the walls up in an evening. I was impressed both at the speed and at how nice it looks. Both of them were chagrined by how unfailingly non-standard the walls were. Drywall comes in 4’ widths, and 8’, 12’, and 16’ lengths, all of which were always a touch too long or too short. 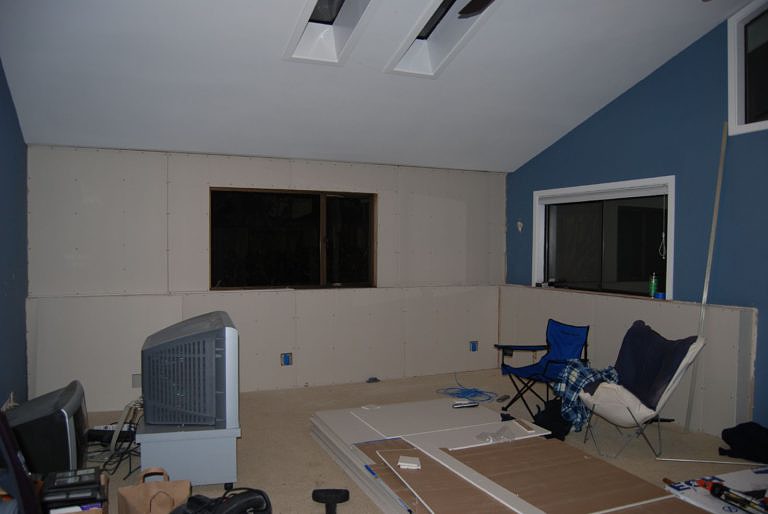 The next step will be to put up a second layer of drywall and green glue adhesive on our long wall – the goal is to dampen sound more so that the XBox won’t be quite so audible from the master bedroom and the rest of the house. 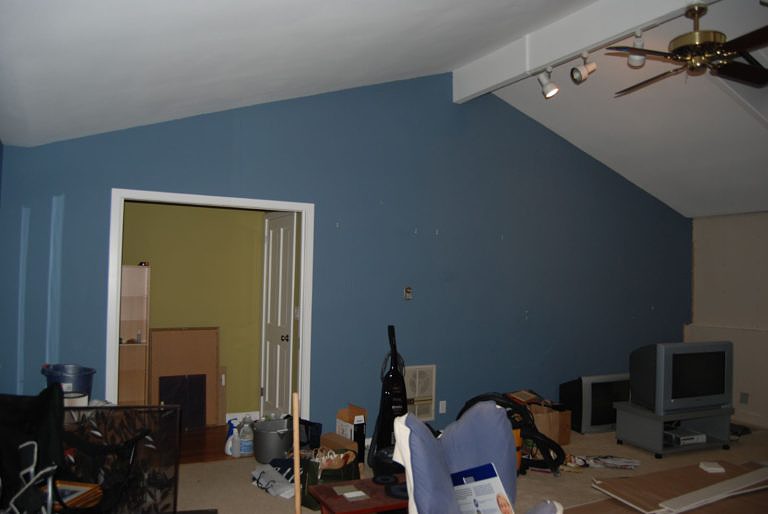 (You’ll have to excuse the mess. Until the remainder of the drywall is up off the floor, we’re sort of helpless to fix it. Someday, someday…)