Tonight was the most complicated portion of the sewing: binding the mountains to the sky with a differentiator strip of blue between. 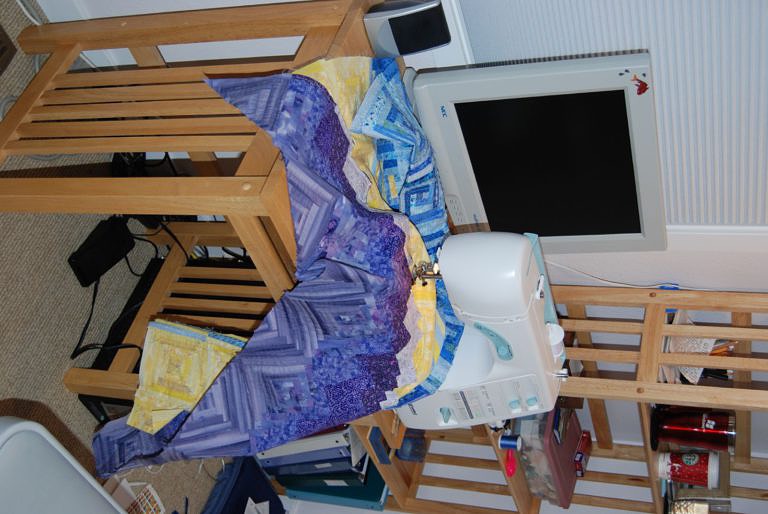 The mountains and the sky are 45 degrees off of each others’ axis, so it took a little bit of effort to make everything look the way it seemed that it should. I pinned the sky on top of the mountains, and then sewed left to right, adding the blue strips along the way. This picture should give you a good sense of the scale of the project (look at the needle). 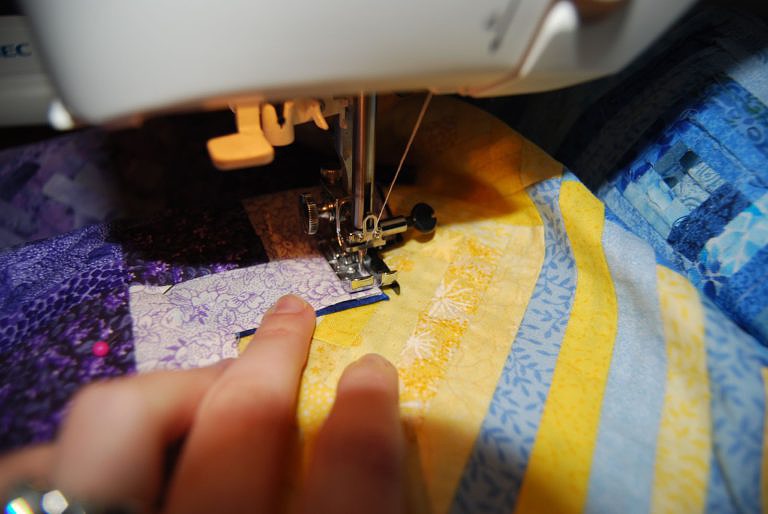 Once that was done, I sewed the hills (and attached lakes and trees) on over the mountain base. 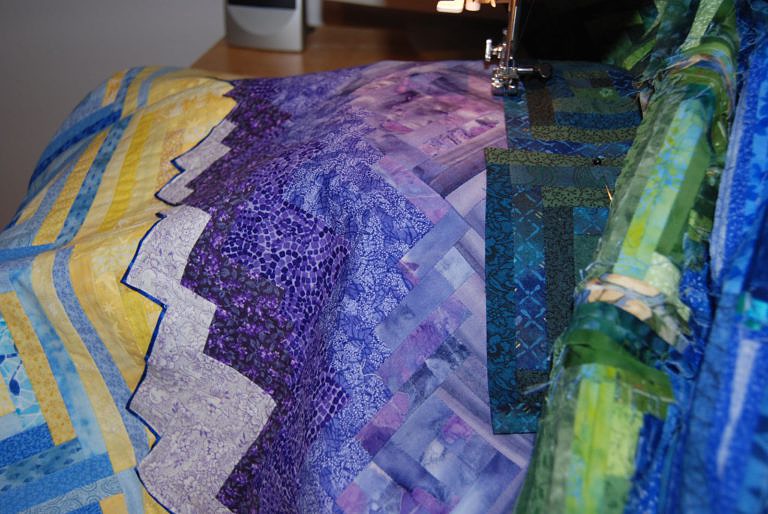 Meanwhile, Kevin’s been drywalling like a madman, and has made it through the third coat of joint compound. It looks amazing. 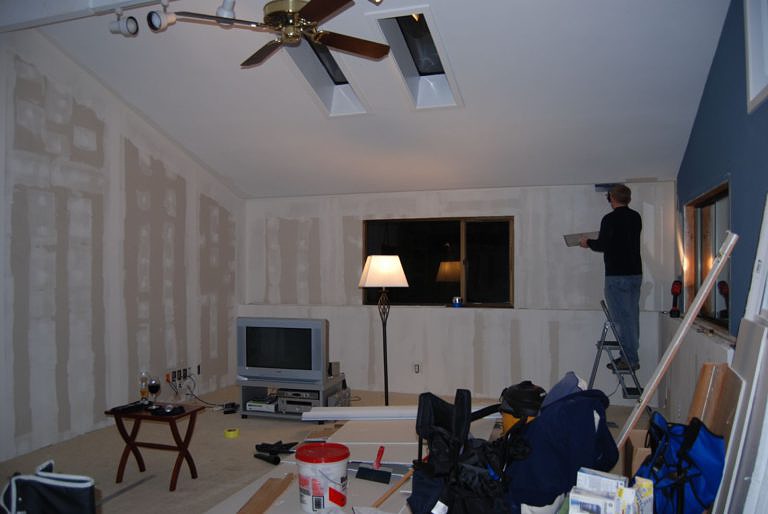 It’s been becoming increasingly clear that we won’t make it through priming, let along painting, before his family arrives tomorrow but the room is at least cleared out of all construction scraps and relatively clean. (Some awesome guy saw our Craigslist ad and bought (aka carted away) the leftover pieces and paid us $25. We were pretty psyched. And, all of the tools in the foreground have been moved to shelves in the garage – a pretty major improvement.)