Despite our intentions of having a tree set up and ready to decorate when Kevin’s family arrived, we spent those last few days madly drywalling, and then the last 24 hours madly cleaning up a month’s worth of construction tools, dust and debris. In the end, it wasn’t until they arrived that we piled in the car to go find one. It turned out to be a great group activity. We headed over to our old neighbourhood, and though the lot that I bought from last year had already been taken down, we spotted another tree lot behind one of the drive-up espresso huts. We all seemed to love the same tree, but the price was atrocious, and so reluctantly we left. The lot guy followed us back to the car and offered a $20 discount, which made it merely expensive, and so we took it.

It’s definitely the prettiest of the Boston and Seattle trees I’ve had over the last five years. Lots of strong branches, and it’s full while still having plenty of holes for ornaments to hang in. The needles have a pretty blue tint to them. And it smells wonderful.

After bringing it home and chopping off the base, Kevin and his dad got it in the stand: 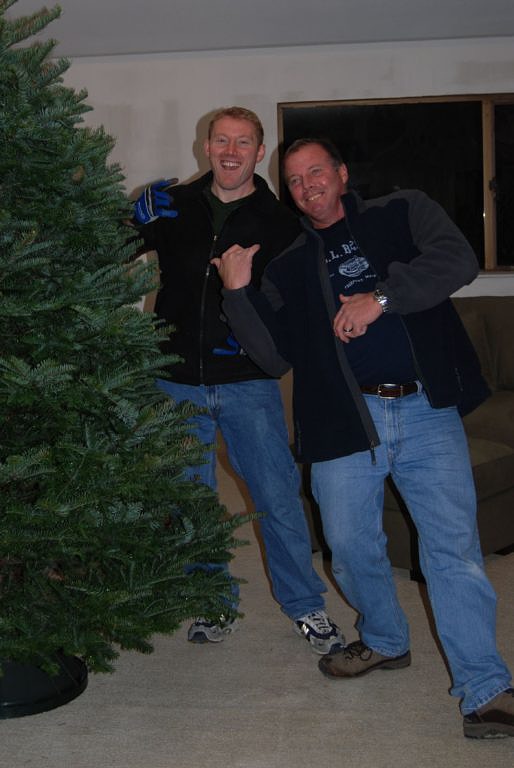 We listened to the Josh Groban Christmas cd that Kevin’s mom gifted us with, I put up the lights, we all did ornaments, and then Kevin and Kristina finished up the tinsel. So pretty. 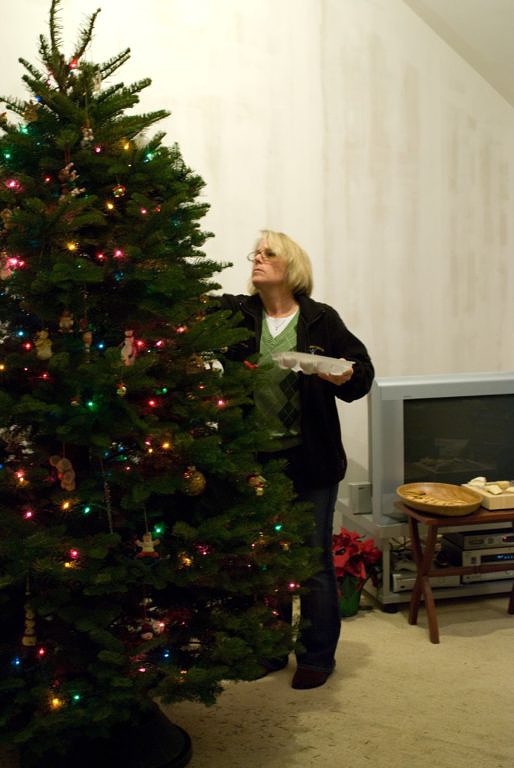 We also did several spots with spare pine branches, pine cones and candles. On the family room windows: 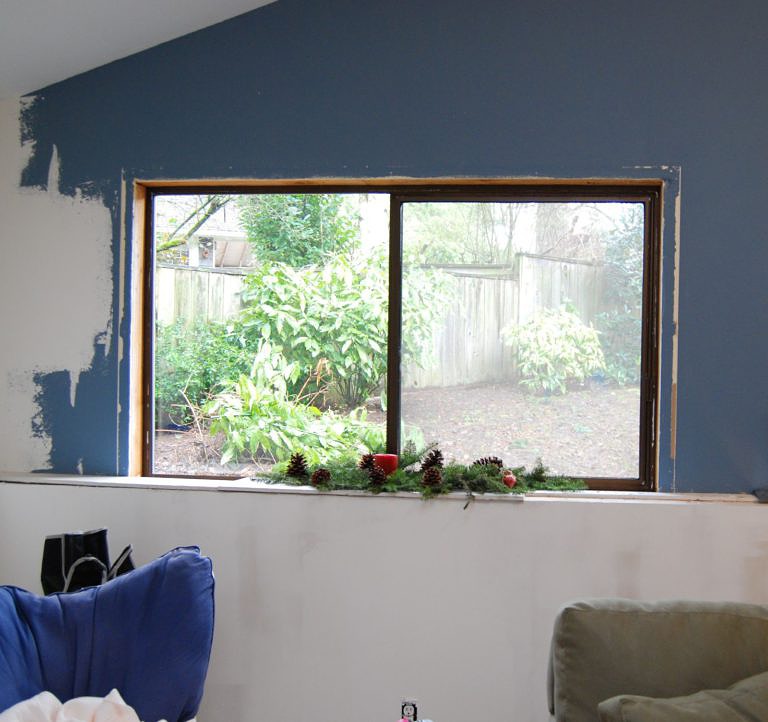 (and a dramatic zoom-in) 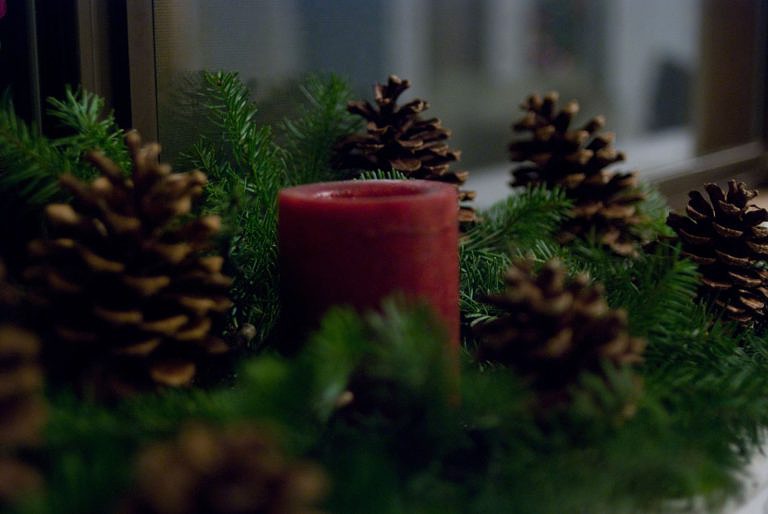 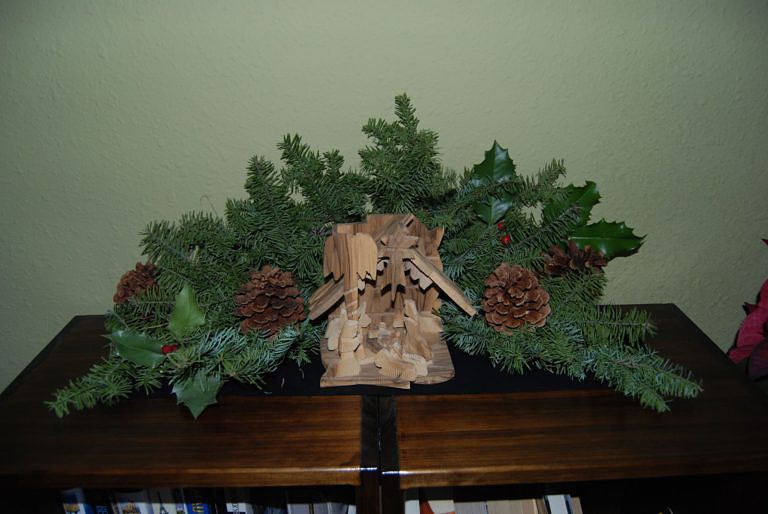 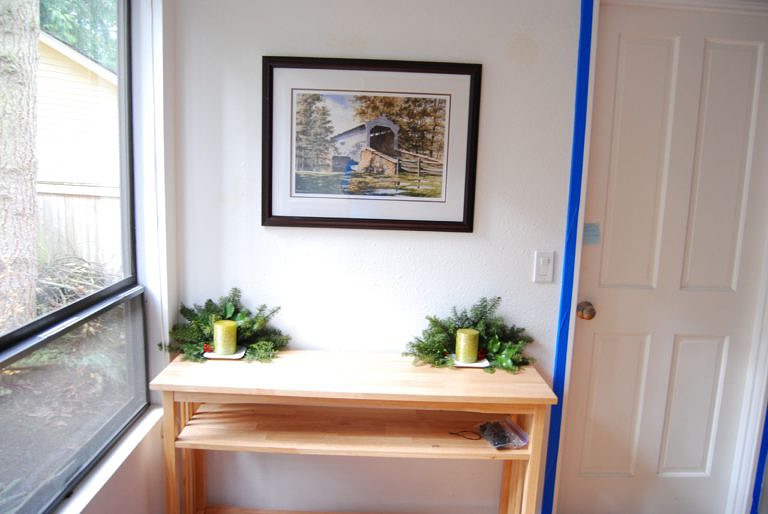 The fish room fireplace got a wreath. (We’ve actually had it since the beginning of December, during one of the Home Depot runs. It’s a little squashy by this point, since it keeps launching itself off of the wall and onto the floor.)

To get in the spirit, we had strawberry-basil martinis – more of a summer-by-the-grill drink, but the colors are seasonally appropriate at least, and it’s been the house drink of 2007 so we felt obligated to serve it to our company. 🙂

As everyone finished up the tree, I finally wove my advent wreath. (Here, concentrating and intent.) 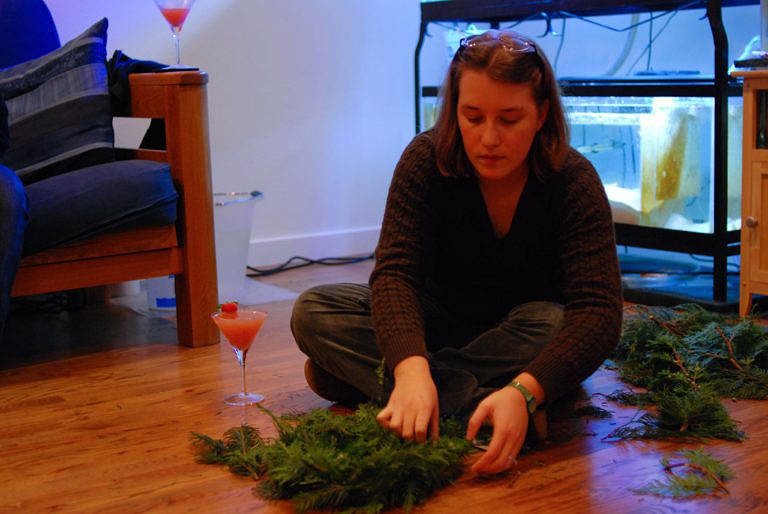 Instead of four weeks of advent, it only got four days. But it was bright and new (instead of dry and crispy) for the visit, and it meant that we could actually leave the candles burning for all of dinner each night, which was pretty.