Our friends Shawn and Sanna (the ones who helped us move all of our furniture) were headed back to the east coast for Christmas, and so we got to puppy-sit their six month old cockapoo, William Wallace. He was surprisingly little work (especially while Kevin’s parents and sister were here to play with him, bring him outside, wipe off his feet, give him treats, etc…!), and though we had to remove the tinsel from the bottom branches of the tree, and listen to him cry when we wouldn’t let him help with the tree work, he’s been a great visitor.

He’s been very vigilant about chasing the wildlife outside. We have lots of flocks of tiny little birds (chickadees? Sparrows? I just got a bird book, so hopefully I’ll have a better report soon.), plus some enormous, fat squirrels. He didn’t bark, but you’d see him pointing at the door when he wanted to go out and run. Usually, whatever it was would scatter, and then he’d be stuck milling about, waiting for the next interesting creature. 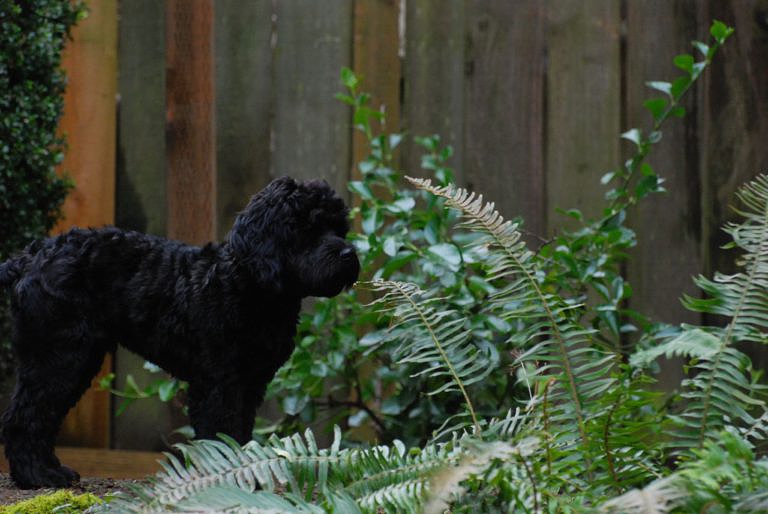 He was all thwarted by the squirrels and their fence- and tree-climbing. 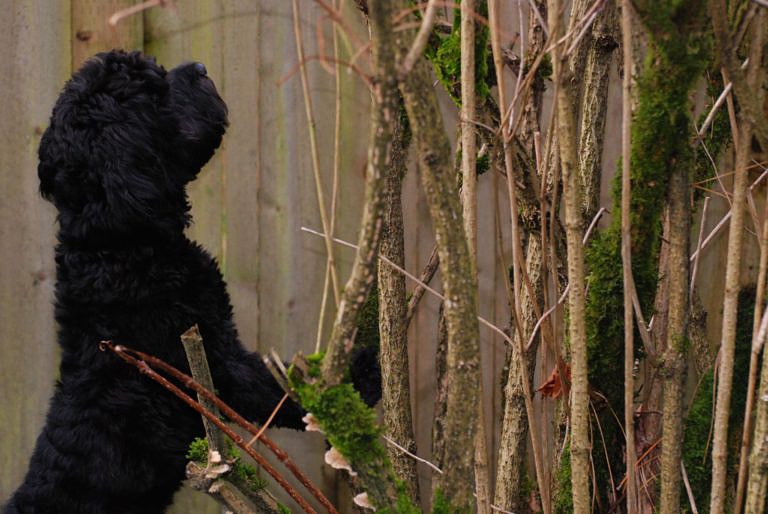 I don’t know which breed this comes from, but he’s an amazing jumper and pouncer. Any time we threw a toy for him, he’d conclude his run with an adorable, funny pounce. And we kept looking out into the back yard to see him running crazy puppy circles in which he’d clear the japanese maple (about a yard high and a yard and a half wide), or launch himself off of the top of the rockwork. Funny little dog!

(And since everyone has asked, we’re not getting a dog. We’re both dog people, but even when we were on vacation he was a bit much for the two of us. Adorable and wonderful to have sleeping on our feet, but early-rising, mud-footed, and frquently eating inappropriate things. I can’t imagine adding our work schedules to that as well… Better for a different stage of life than the current one.)