It snowed last night, starting around three, and just kept going. Waking up was fun – lots of snow on the ground, and that gold light coming through all of the lacy tree branches was beautiful.

The walk to work this morning was too pretty: white and crunchy. The snow had clearly refrozen a few times, but it gave good traction for walking. All of the branches were feathered, and as the sun hit them they started to melt, so lots of little showers along the sidewalk.

The street ours connects to was still pretty snow and ice covered, but the main street was clear. My peace kept being disrupted by horrible clanking. Several cars were driving along the bare pavement with chains on. This photo is terrible (into the light and I was trying to be quick and sneaky), but this guy on the left actually had them on all four tires. 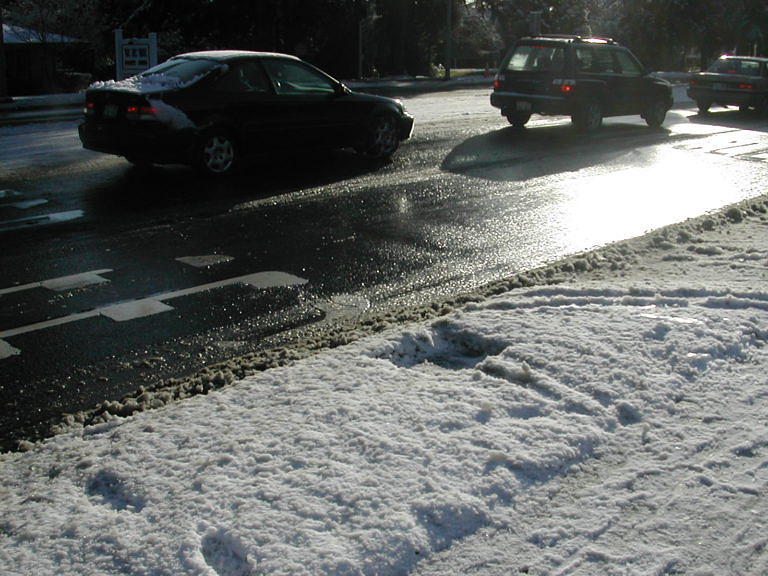 Given the amount of snow still on his roof, I’m guessing he’d only been driving for a few minutes, and he had a Microsoft tag on his car, so he got up and put the chains on for his 3 mile drive to work. Typical Seattle.

Coming home tonight, the snow on our street (and yard, and roof) was mostly still there. So lovely.