I’ve been waiting to post a photo of our new little dude due to superstition. I wanted to give him a few days to make sure he was healthy and coping with the transition to his new home before sharing the photos. 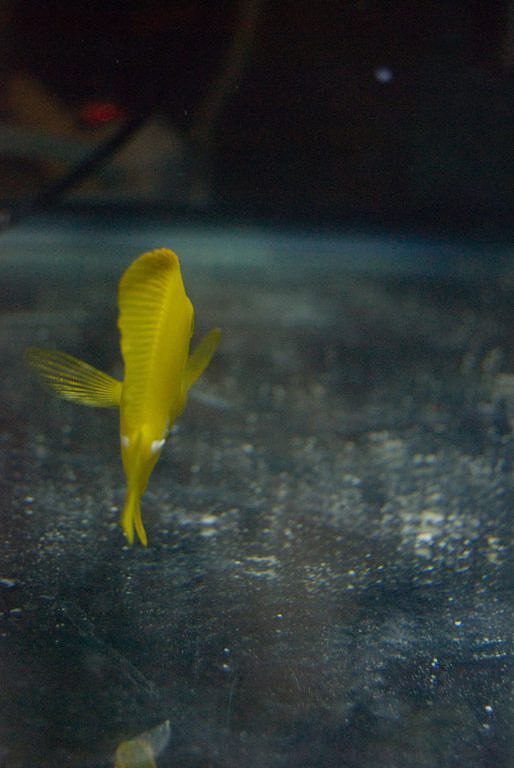 He’s easier to catch on film than our last yellow tang, but still does his fair share of darting away, resulting in photos like the one above. He really doesn’t trust us, but he spends a lot of time, fins flared, dead still despite the current, just watching when we come into view. 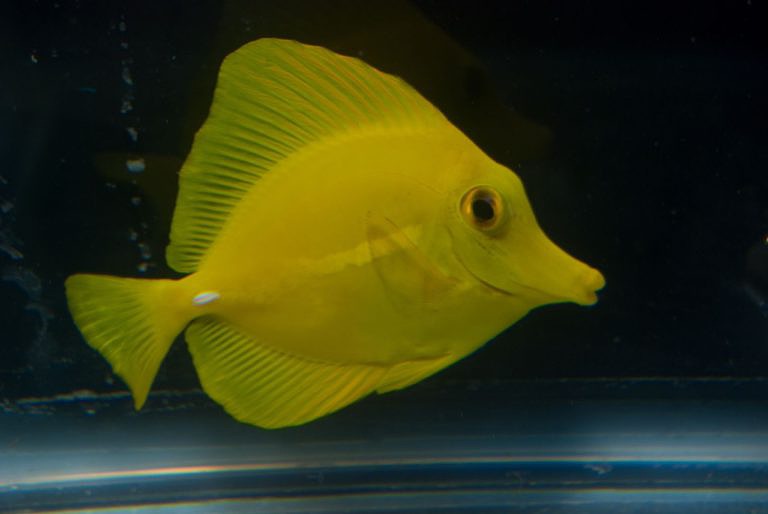 I’m totally enamoured with him.

We took my parents to the fish store, and came home with a new xenia and the tang. He didn’t eat for the first two days until we moved the nori clip to the bottom third and back of the tank, at which point he tucked in with enthusiasm. Over the last week, we’ve moved it to the bottom half of the front of the tank, and he’s still eating which is obviously making us cheerful.

We have him on the kitchen counter in the 10 gallon quarantine tank. Some pvc elbows for cover, a 600 maxijet for circulation, a filter with carbon, and a CPR Backpack II skimmer. We’ll keep him there for a month, barring any signs of illness. On day four we started noticing black ich (little pin-points of black – it’s a tubeworm that tangs are very prone to) and some sort of unidentifiable fuzzy, white, fibrous growth by his right tang. We did a pH-adjusted freshwater dip, which seemed to take care of the black ich, and the next morning the white fuzz seemed quite diminished. We’re keeping an eye on him, and he might get another dip soon if the fuzz doesn’t completely disappear. He’s been very active and eating, dealt well with the dip, and doesn’t seem stressed (knock on wood). Here he is careening around the tank while we did a water change after the dip: 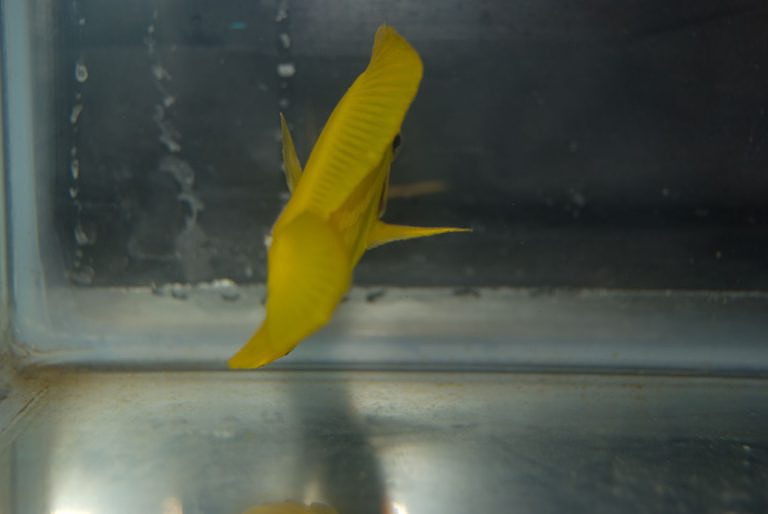