I didn’t make a note of it here, but the tang has finally graduated from the quarantine tank! We put him in the main tank last Saturday, and although the transition really stressed him out, he seems great now. When we went to move him, it took me an extra try to net him (he half evaded the net and caught his tang), and then when we got him in the main tank, he caught his other tang and struggled for a few heart wrenching seconds before struggling free. He quickly darted down behind the torch coral’s rock, and actually lay on the bottom, breathing heavily. Not what you want your fish to look like. We didn’t think engaging with him would help, but we were so worried. I finally reached over and tapped on the glass by that corner, which seemed to startle him into action – he looked like he was just going to dart to a new hiding spot, but then he saw the clowns, his fins flared in interest, and he made a beeline across the tank for his new friends. Clack and (especially) Click took quite a bit longer to remember their manners and be sociable (Click was still trying to nip him away from all spots in the tank, especially the clown’s rock), but he’s really settled in, and the three of them now seem to be getting along nicely.

I had to get a picture of Kevin feeding them. The clowns generally swim up to the surface any time we come into view, just in case it might be time for them to eat. The tang, you can tell, really wants to be part of the party, but he just can’t bear to go anywhere near the surface or the front of the tank when we’re in range. He rockets around in panicky circles behind the rocks at the back, sticking close to the bottom, and you can practically hear a little fish voice shrieking, “Danger! Danger!” while the clowns bob and weave up at the surface. It’s very funny. And every now and then he pauses long enough to notice them up there, and you can tell he really wants to go see what they’re doing, because he thinks they’re interesting (especially after 6 weeks cooped up by himself) but he just can’t bear it. 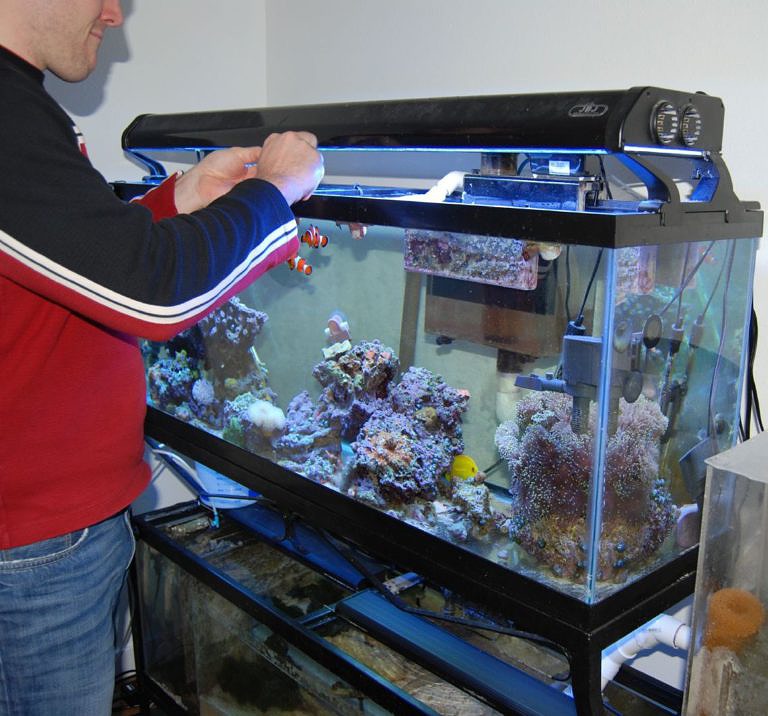 I was so glad I got the picture when I did, though, because about a minute later you could see something click in his little yellow brain and all of a sudden he realized that the clowns were up at the surface gobbling FOOD. At which point he gave up his objections and joined the party. 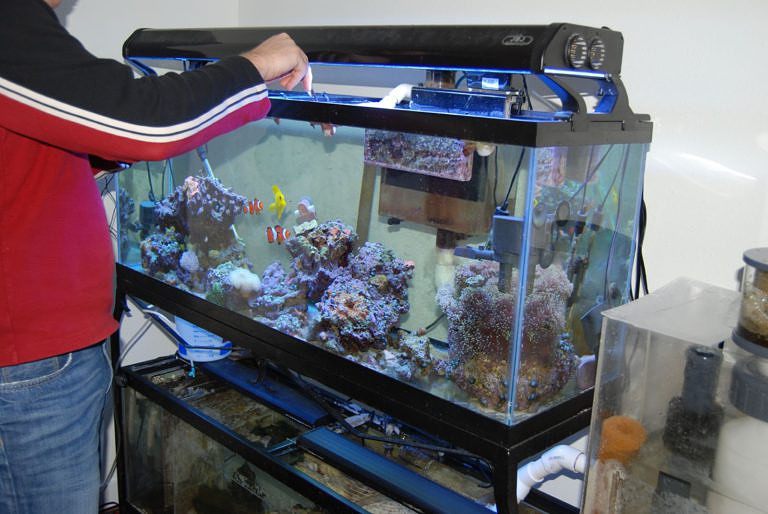 One thought on “Peer Pressure”