It turns out that our big white-flowered bush on the side of the front yard has a pink flowered twin in between the windows! It needed to be massively pruned, and it looks like we chopped off all of the buds but three, but next year will be so pretty! 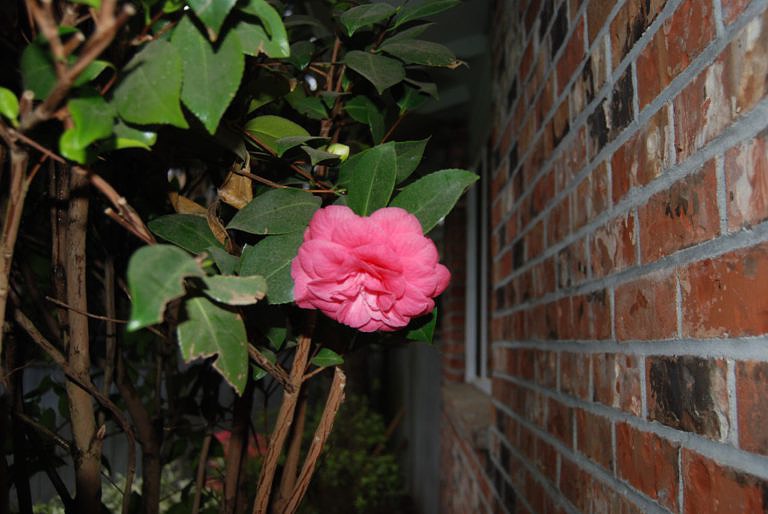 It’s also making me appreciate some of the other shrubbery more. There are two bushes with these odd pink flutes on all the new growth. It almost seems like a tropical-leaning burning bush. 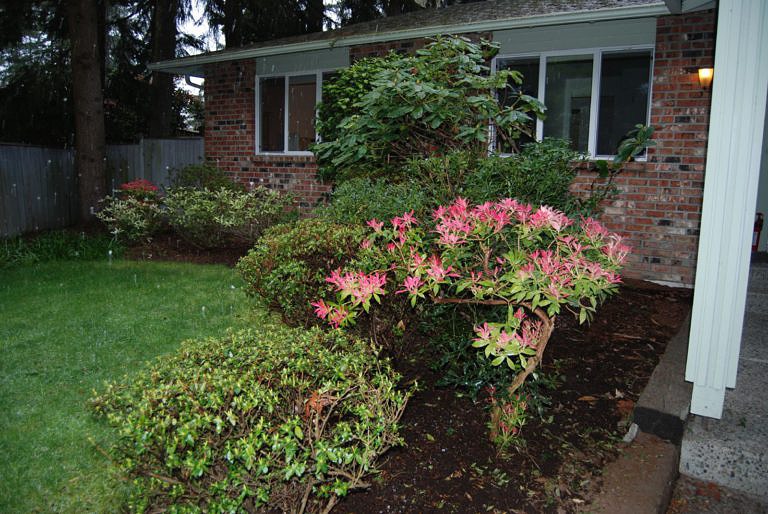 See here for a close-up. I’ve been sort of unimpressed, especially since they haven’t really been taken care of so they’re bizarre stunted little things. But now I see that they’re meant to complement those huge pink flowers. How pretty that will be! They just got a new lease on life. 🙂