We’ve been having fishtank light issues for about a week. The fans on our lights (the same things that are in a computer case) have been noisy for the last year or so, but one of them has apparently become completely unbalanced and starting last Sunday now makes a loud revving noise approximately every five seconds. I figured out which fan was causing the problem and took the light apart to try to remove it. Electricity isn’t exactly my forte, though, so Kevin took over once everything was in pieces and I’d given up. 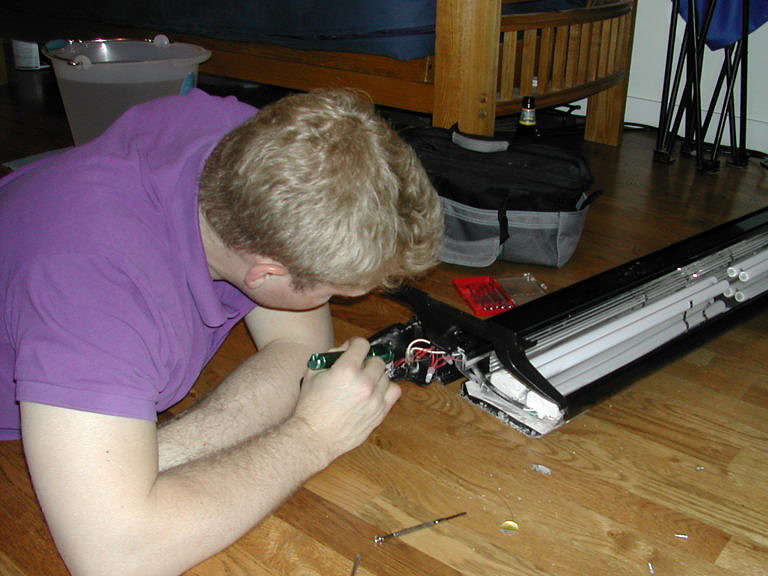 Kevin ordered new fans, put the light back together, and the day after they arrived, the actinic lights blew. We have four compact florescent bulbs in the upper tank – two are white (with yellow/pink tints) and two are blue (technically called actinic). Kevin took apart the lights again, played with wires, switched the bulbs, checked the switches and sockets, and it appears that part of our ballast blew – expensive and crummy. The light is three and a half years old, so it shouldn’t be dying but it’s also well past its warranty. Adding to the worry is the fact that we’re looking at upgrading our tank in the fall, so this really isn’t a good time to be looking at multi-hundred dollar temporary light fixtures.

Just when we were starting to get fairly distressed, we realized that Amanda and Brian not only gave us back our old fishtank when they moved away, but Brian threw in his two compact florescent fixtures. They’re perfect (even the right pin configuration!), and now we’re back in business. 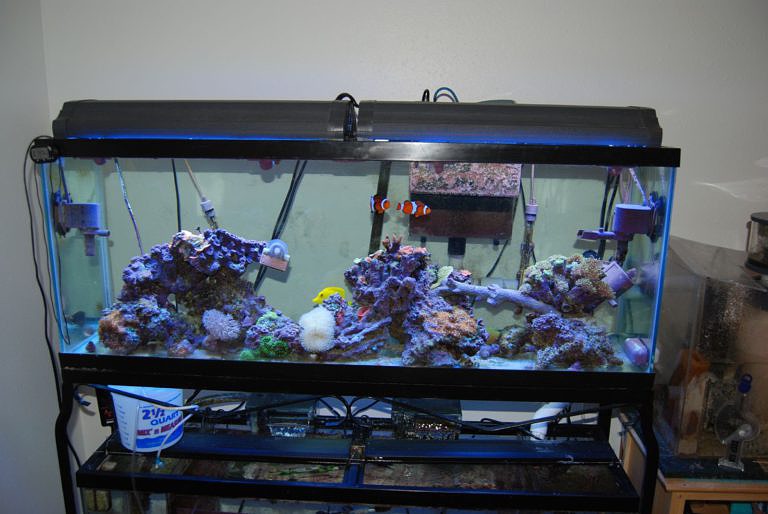 A wild success! Thanks, guys. What a save!