Want to see something exceptionally exciting?! 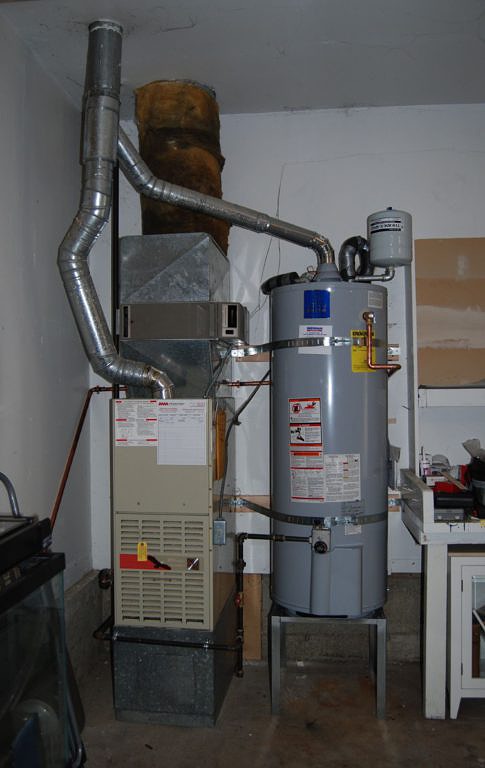 Why, yes, it *IS* a new energy efficient water heater!! With earthquake straps and an expansion tank, and pressure/temperature valves in all the right places!!! We’re completely delighted. The Town of Redmond came to inspect it on Friday, there were a few corrections that the water heater company made on Saturday – but now we’re (probably) just one follow-up away from being up-to-code and good to go!

For those of you who haven’t been following the saga, the water heater that came with the house turned 14 in May, according the paperwork duct-taped to the side in a plastic baggie. Our furnace (November ’93, according to its pedigree paperwork) shares ductwork, which needed to be brought up to code. The gas lines were out of date, and we had insufficient seismic support. Replacing the water heater was our first priority when we moved into the house. We wanted something energy efficient and with a long warranty. We started with Sears, bought a water heater, but they source out the installation to a local company that wanted to charge us $2000 to bring everything up to code. I spent two months trying to get our money back before I finally succeeded (moral of the story: avoid Sears, avoid Fast Water Heater Company). Kevin took mercy on me and took over, and we went through the guy who told us we were up to date and not to bother with a permit from the town (riiiight), and the company who special–ordered a water heater for us and then tried to install a different one and wouldn’t refund the money for the heater or the installation after the installer left with water heater in tow. We spent a few evenings roundly abusing the entire industry, threatened lawyers and small claims court (we got our money back), and leapt back into the struggle.

Fourth try was apparently the charm, though, since Brennan gave us the lowest quote by many hundred dollars, gave us a heater with a 10 year warranty and good efficiency scores, and did a great job installing it. Our permit inspector likes them a lot as a company and said we got a great price. All’s well that ends! 🙂 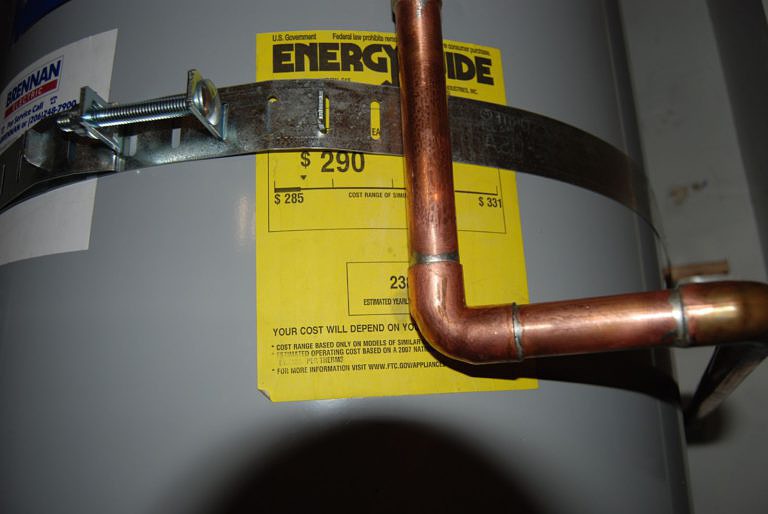 But that’s not all! While I was at home on Friday, we also had insulation installed!! Hurray! Our house (built in 1975) still had the original insulation (some sort of sawdust mix in the attic, the insulation equivalent of cardboard). There was also an addition (the family room that we’ve been working on for windows, trim and carpet…) built at some point in the 80s, but the geniuses who installed insulation in the crawlspace installed it upside down. So, we had people remove the reverse-insulation, install R-19 insulation (fiberglass batts) under the entire house, and blow in R-30 insulation (fiberglass blow-in, looks like cotton) into the attic above the fishroom and bedrooms. Yay!! We are now at the max R factor recommended for our area!! Last year, I cringed when the furnace went on. I could just picture walking outside with infrared goggles and watching all of that nice hot air funnel out of the roof in an orderly column into the sky. Now, no hats indoors next winter? 🙂

I would have taken pictures of our pretty new insulation, but I’m not so much of a crawl space or attic person… instead, “oooh”, the water heater expansion tank: 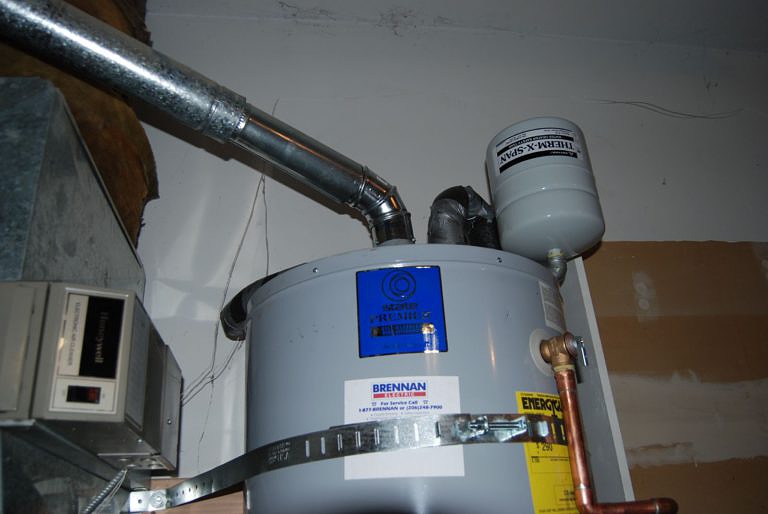 So, THE most exciting things this week are insulation and water heaters? All sorts of things we’ve done have seemed like things that adults do (get jobs, pay bills, get married, buy a house). But to define happiness for the week (more like the month!!) as a new water heater and good insulation? Incurable adulthood. We are now old. 🙂 Rock on.