I’ve been knitting, though I know it hasn’t been making it to the blog recently. I have a few gift sweaters for friends’ babies in different stages of completion. This is the one I’ve been working on the most, and my project during passenger time on the road trip: 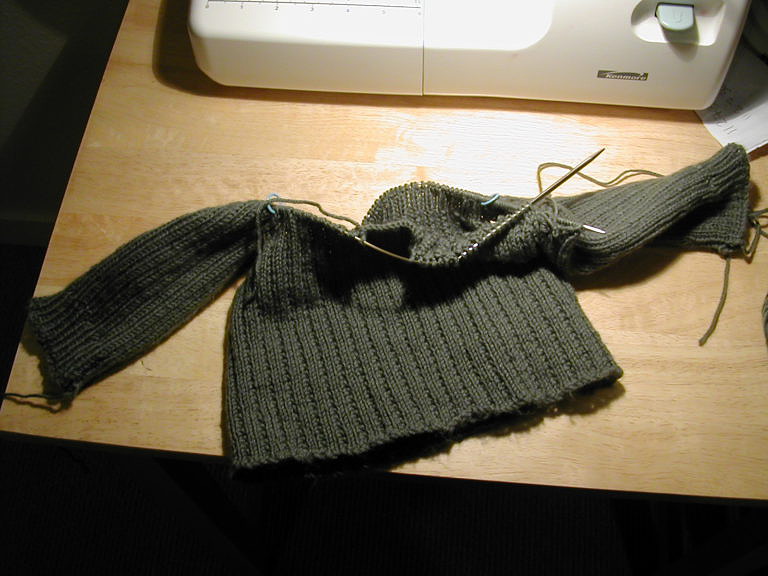 I’d knit the body, put it on holders, and then started working on the arms individually. Then, around the time we hit Crater Lake, I started putting the arms and body together. I made it about 7 rows after the join and was feeling very discouraged – the sleeves were about 3″ too skinny, and the whole thing just didn’t look as cute as I remembered from the photo. Plus, the chest from the join up was starting to look oddly tight… It wasn’t until I saw the back side of the sweater that I realized what had happened: 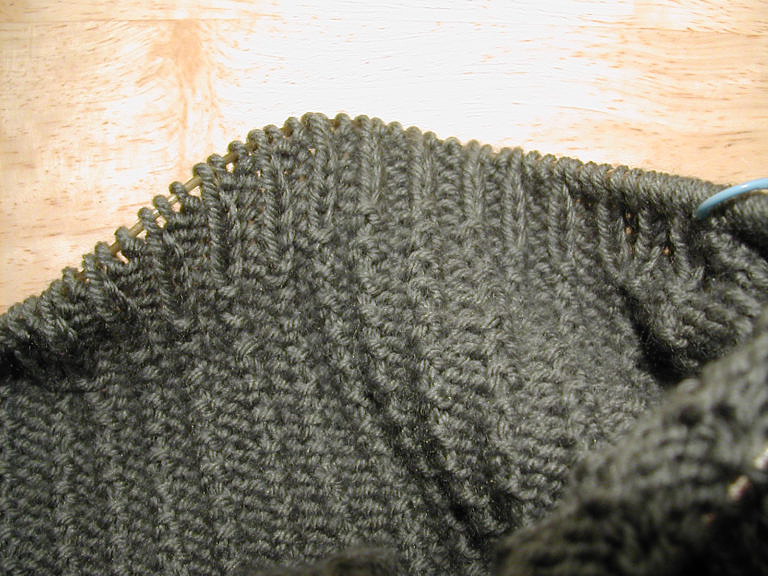 See how the ribs have neat lines of knit stitches between them at the top and a jumbled mix lower down?? The pattern calls for a broken rib, where you alternate knit and purl stitches row-by-row between the ribs. The pattern also calls for the sleeves to be knit flat. I tucked away the body in a ziplock once I’d put it on holders, and somehow I seemed to have reverted to plain k2, p1 rib without the body for reference – not nearly as cute. So disappointing to realize the mistake. I ripped right away (everything was wrong, including the proportions), but only back to the join, and then I decided to just go back with a crochet hook and correct the sleeves’ all-purl columns to the nice p/k alternating pattern. It was a somewhat sensible idea, but it would have been faster to rip the sleeves entirely and reknit – lesson learned. Here’s the halfway fix — you can really see that the fixed sleeve’s width is more what you would expect, compared to the ugly, skinny original (not to mention, such a prettier pattern!): 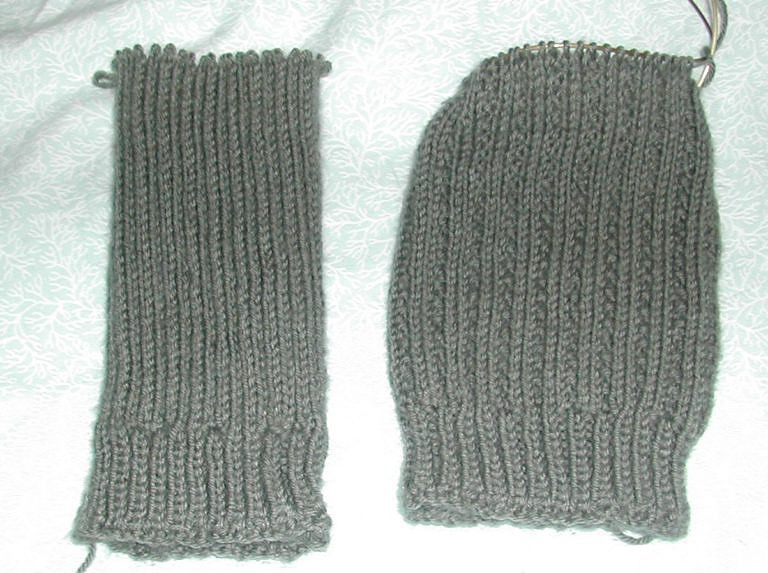 I finally finished the last three columns tonight (hurray! only three weeks later, to the day.) and can finally rejoin the pieces and continue with my life. 🙂

I’d been thinking I’d never knit this pattern again (so slow, not coming together well), but now I’m realizing that it was just user error. Ooops. Hopefully the rest will fly right by