Knitting content on the blog has been fairly sparse mostly because August and September were devoted to finishing a sweater for a friend’s daughter’s 2nd birthday. 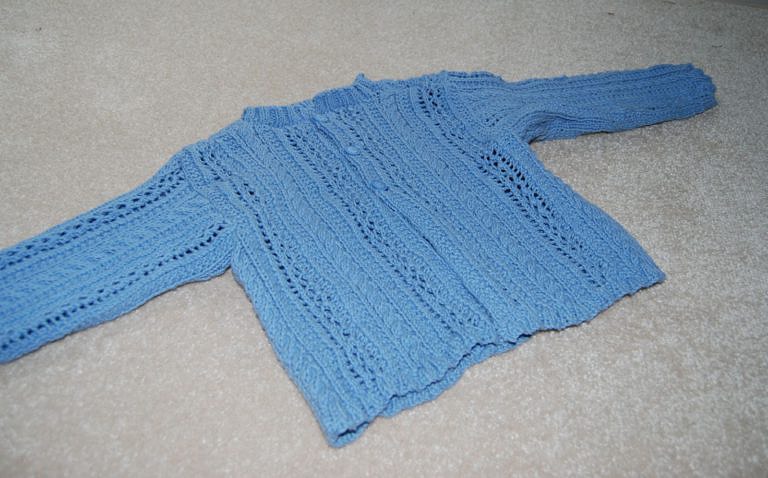 I don’t know if you remember the nearly–finished lace twist front top that I’d decided to rip a few months ago? I’d started it back in June 2006, and it was a ton of fun to knit. Later that summer, I used the lace from the twist front top to knit a sweater for the same friend’s daughter-to-be. 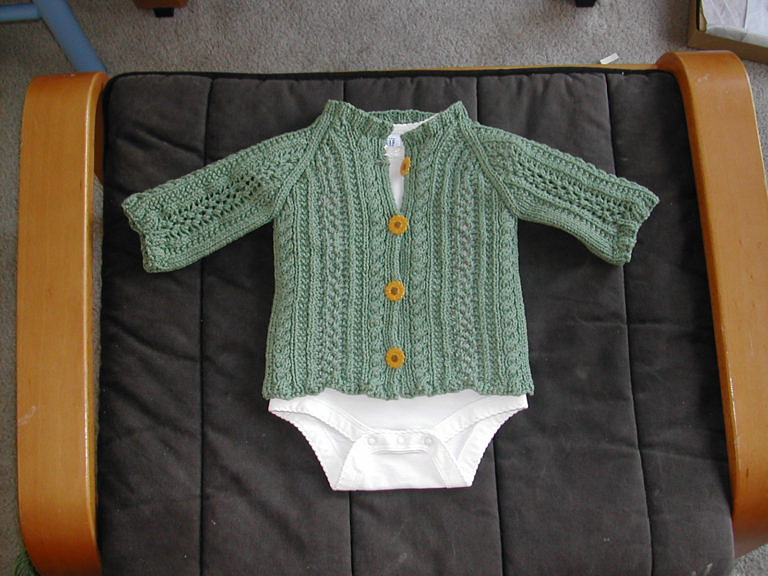 And then I returned to the original top, knitting away, and in fierce denial about how narrow it was. 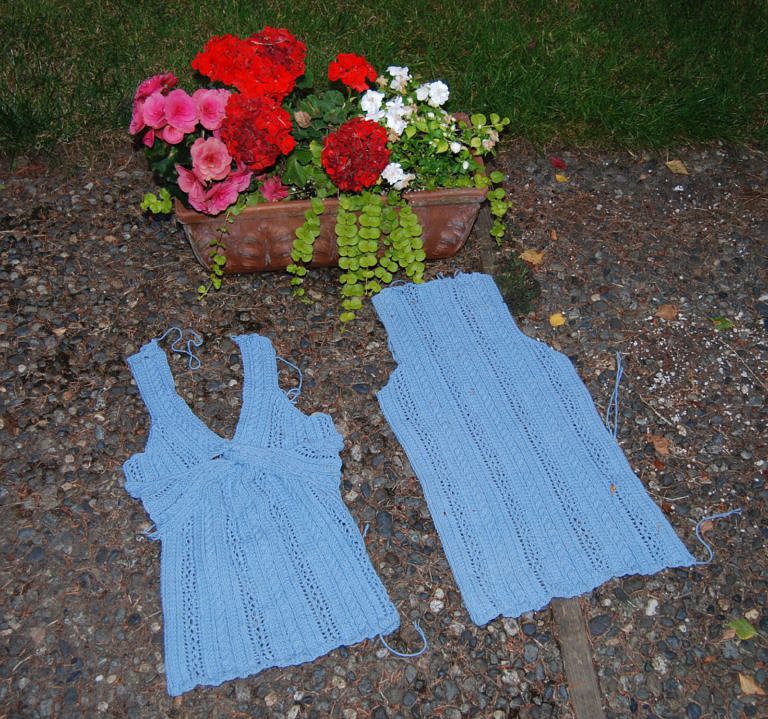 I finally ripped it this August. Since it was actually the correct width for the 2-3 year sweater patterns I was finding, I decided to refashion the back and then knit a new front and sleeves. It turned into quite the long project (so much bigger than the baby sweaters I’ve worked on recently! Crazy how much they grow!), and I had several attempts at the correct amount to increase for the sleeves. They look incredibly long to me, though the measurements matched the patterns I was basing the dimensions on. 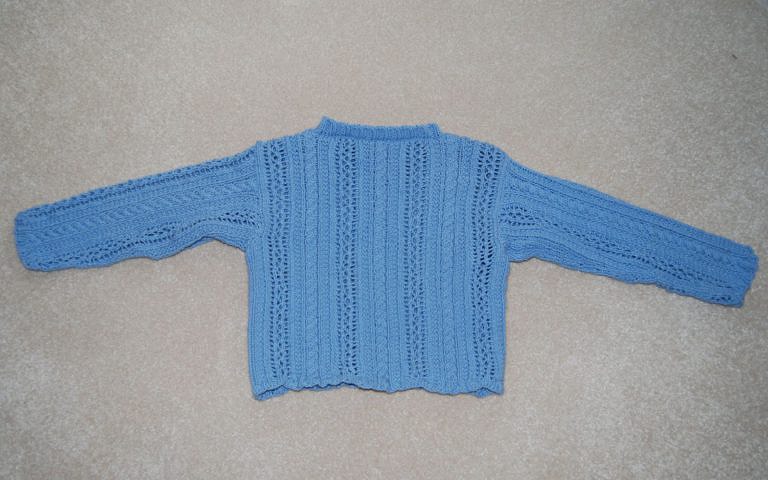 I love the buttons – they are simple, but an exact color match. I debated on the number, but three seemed good to me. 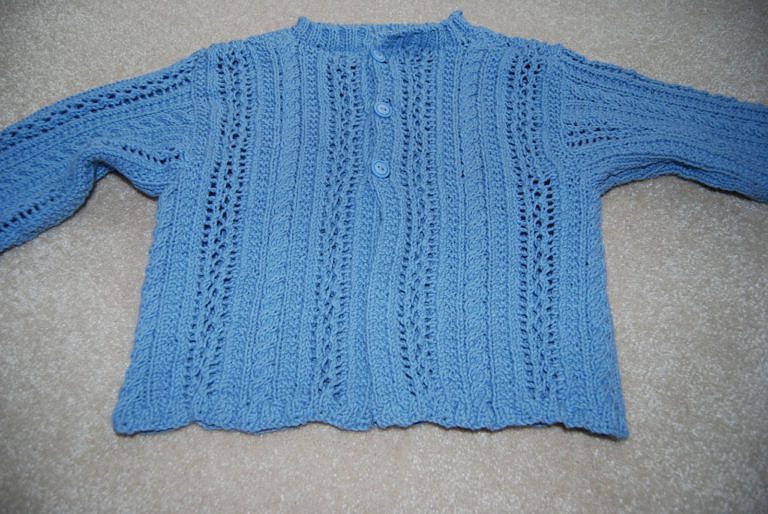 And one last photo on the counter – this one is harder to see, but it’s a much better catch of the color. The light blue is hard to catch in the grey fall light! 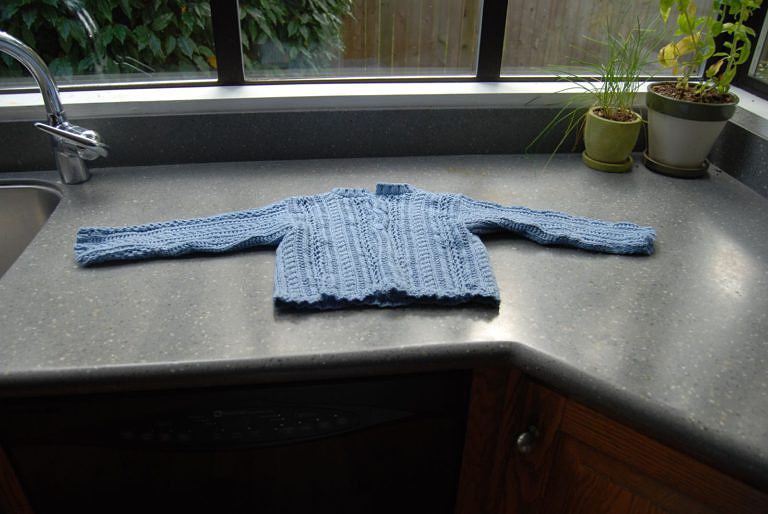 Details about the pattern and dimensions on my Ravelry site!