For the last few months, the clowns have been hanging out under the leather. Before, they used to mostly stay under the purple rock near the zoos and the xenia, but Click started to move over around the time we got the shrimp, and Clack decided to join him in late September. Typical photo of Click hanging out and keeping watch, with Clack zooming back from a jaunt to join him: 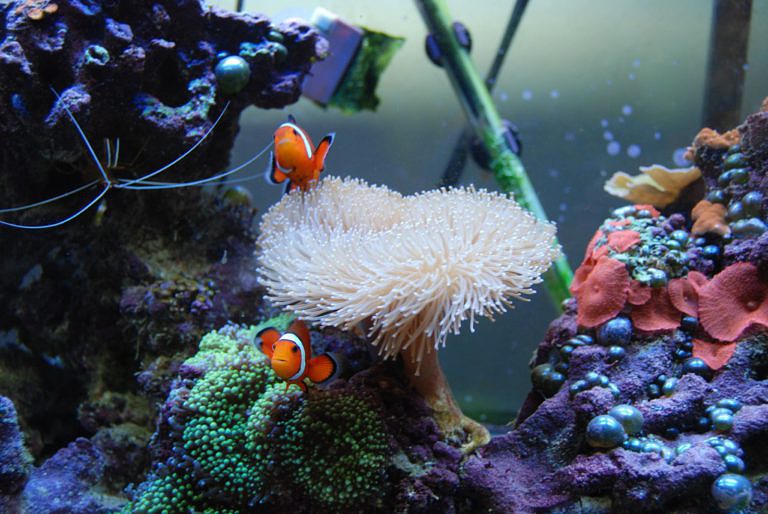 (Click for a bigger photo) The leather has been getting quite large, and so it must feel like good protection and shelter from a fish perspective. The tang occasionally tries to join them, but the clowns don’t like having him there and he doesn’t seem to like the way the leather feels (every time he gets brushed by it, his fins flare and his tangs come out) – definitely a clown-only fort.

When Kevin was at PDC last week, Click started mostly hanging out IN, not under, the leather! 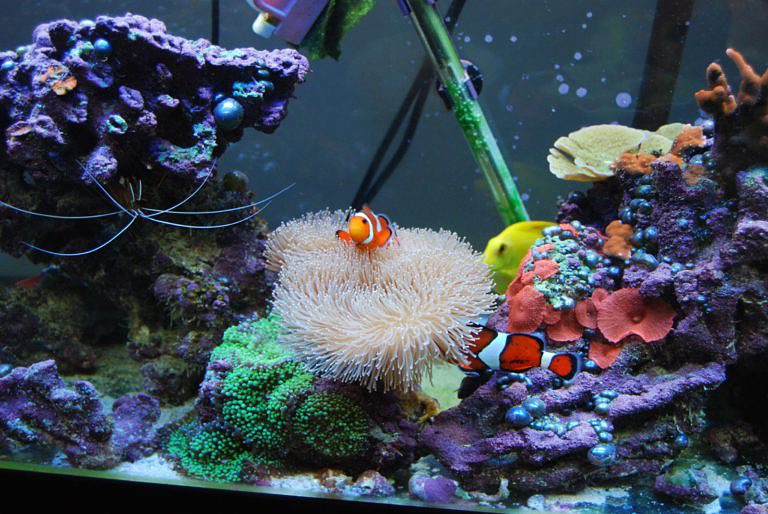 Clownfish instinct takes over!! We don’t have an anemone for them, so the leather must seem like the next closest thing. While it used to shrink every time a fish brushed it, the leather now seems remarkable unperturbed about its new resident – all of that boneheaded fish persistence clearly paid off and it just decided to succumb to the inevitable. 🙂 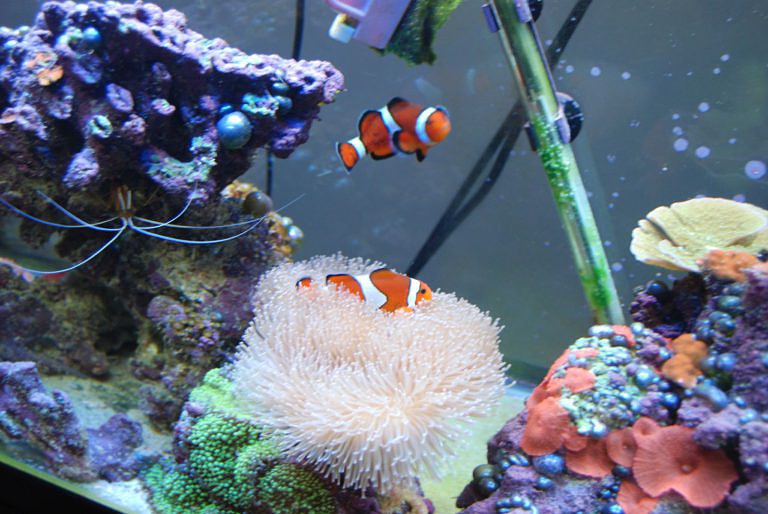 I videod Click swimming away (my first youtube contribution) – no sound and pretty low quality, but you can get the idea.

I love the tang in the background, keeping an eye on everything from a safe location by his rock. He’s basically completely cured – adding Selcon to his Nori did the trick. We’re cutting the Selcon down to every other day now that he’s looking better (it definitely seems to contribute to algae in the tank). So yay, Tang.