We were about a week shy of Neen’s birthday, but we celebrated early, in part so that she could unwrap the joint gift (Rockband for her Wii) and everyone could start playing. Assembly started nearly immediately, and we traded off spots for over six hours. 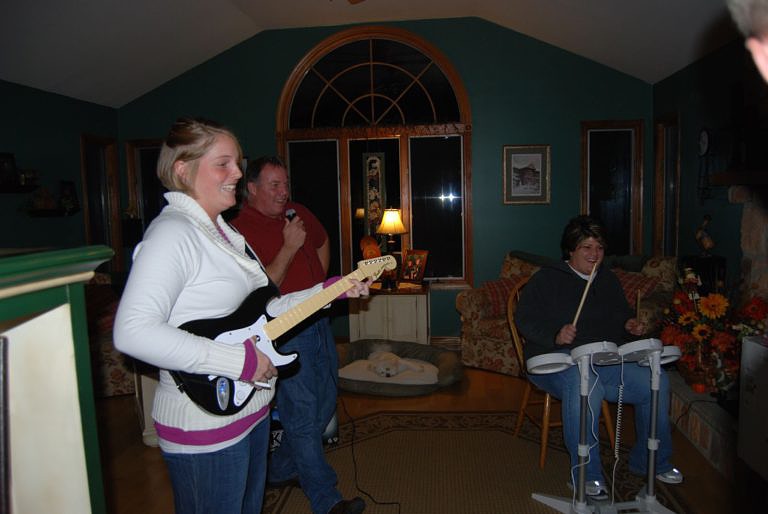 I’m usually a “three songs are plenty” video game music person, but the evening ended up being a lot of fun. We all played all three instruments many times (though I seem to have timing issues with the guitar??). Kevin’s mom’s rendition of “Ballroom Blitz” was particularly fun – extremely energetic vocals. 🙂 By the end, Stacey could barely drum she was laughing so hard. This was the general-consensus favourite photo: 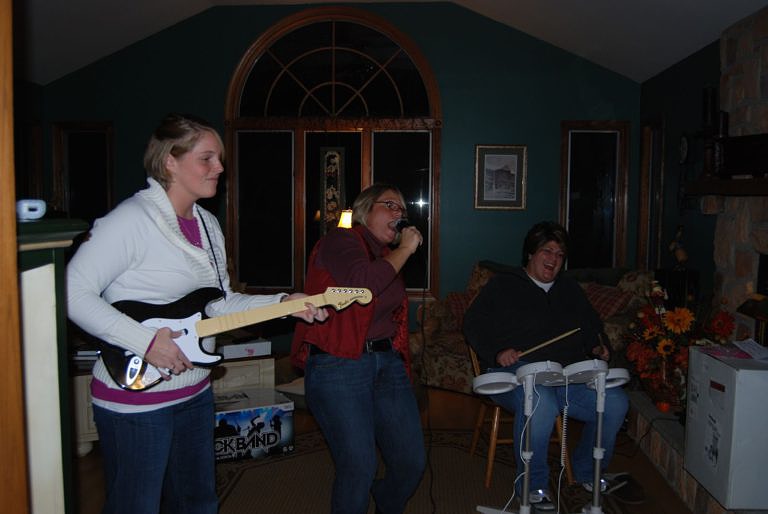 A brief break for a delicious dinner (crab cakes and steaks): 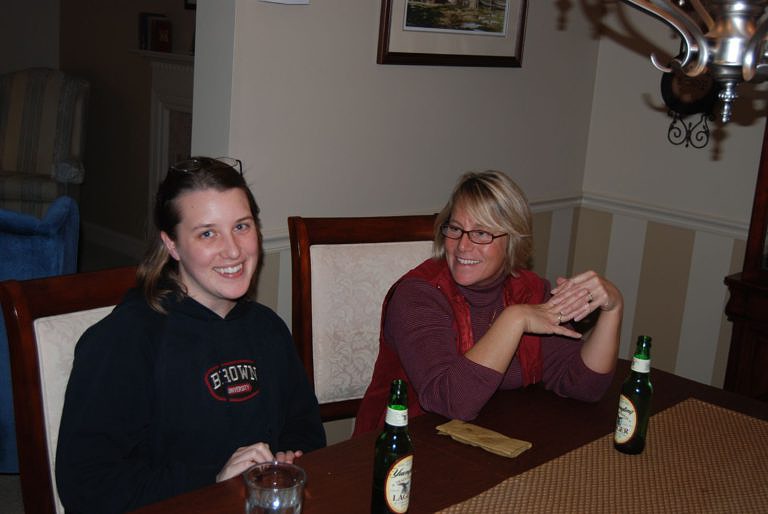 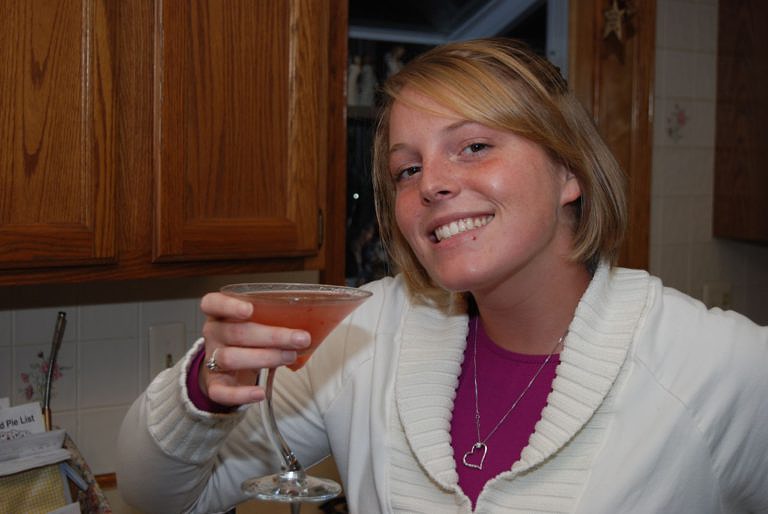 And Kevin and I were surprised to find out that we were celebrating our birthdays, too! (Especially since we thought we’d already been quite feted back in July and August!!) 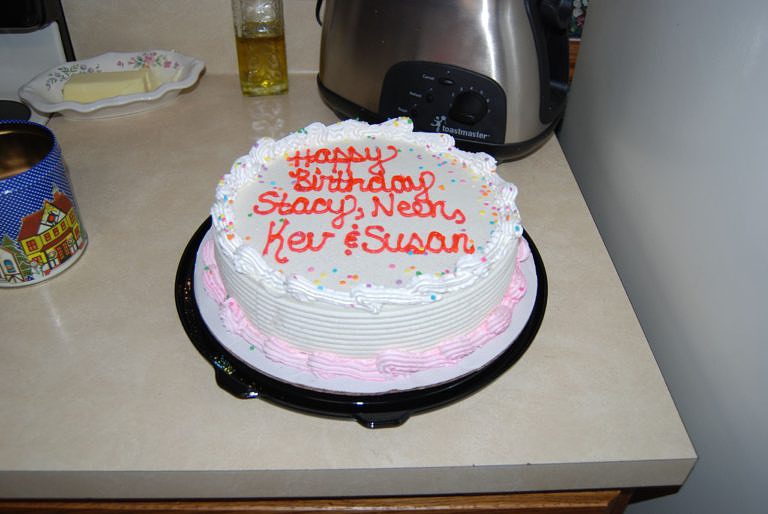 The gifts were perfect (beautiful scarves for both of us, a great knit bag for me, Phillies gear for Kevin, and Dunkin Donuts coffee and Christmas ornaments to share) – though neither of us had ever received winter/holiday items for our birthdays before… perhaps a little bit of a hedge against the promised “smaller Christmas” this year? 🙂

The four birthday people and the cake: 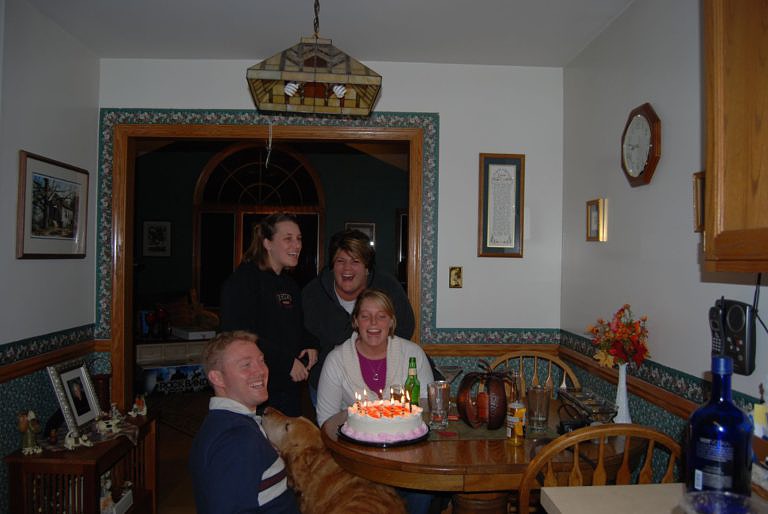