We decided to fly back on Friday, mostly due to cost, and then stupid Continental moved our flights up by three hours so we really only had time for a leisurely breakfast before we had to head for the airport. This is the third time in the last three months that our flights have been changed for the worse – I’ll have to start being more vigilant. We both felt bad to have to leave so early.

The one upside is that we had a three hour layover instead of an extra three hours in the air. Our first flight was Philly to Newark (which I knew was in New Jersey, but otherwise I was vague), on a teeny nine-row propeller plane that flew about 100 feet off the ground. Great views of the countryside the entire trip, but I was shocked when I looked out the window and saw New York City. Huh! We found seats in our terminal that had pretty city views for our long wait, and I called my brother to let him know that we were within “seeing” distance. 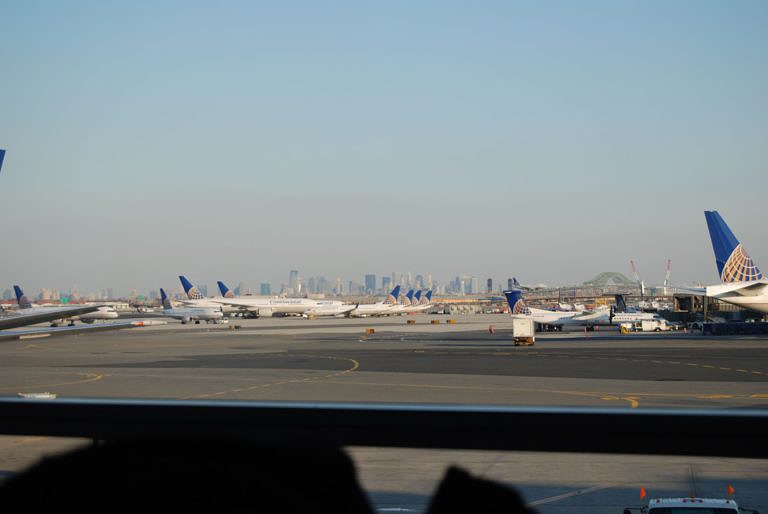 Luckily we see him again in just a few weeks, or I’d feel like we truly squandered an opportunity.