Today was another productive one, project-wise, mixed in with a bunch of great food. We made waffles on the griddle (these are my raspberry chocolate chip ones, midway). 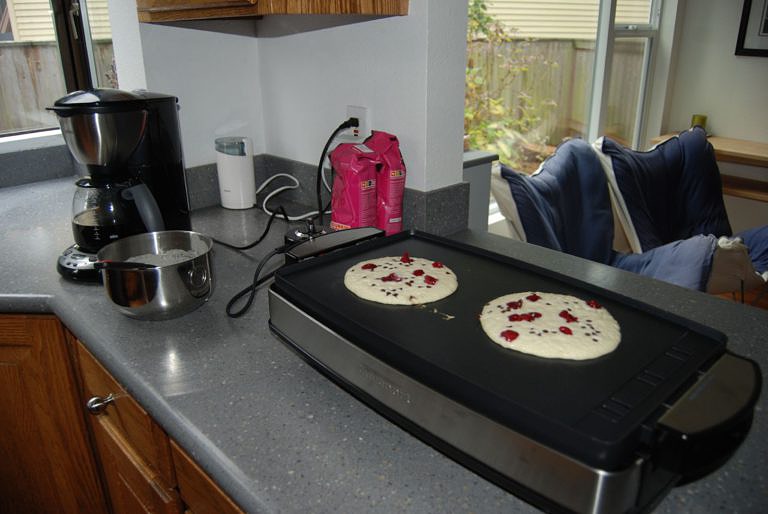 As you can see from the background, we had Dunkin Donuts coffee to go with! Stretching out the East Coast trip happiness a little bit.

Partly to get dinner ready early, and partly to put off painting trim as long as possible, I took all of the remaining CSA root vegetables and cut them up for a soup. Many of them were surprises/unidentified. We definitely had turnips, carrots (white and orange), a beet (that one was a bit of a shock – ugly brown outside, juicy fluorescent red inside. Woah. My hands are still stained.), and potatoes. We think we also had Golden Bunch Beets and a second kind of turnips?? I added store-bought leeks, lentils and purple onions, and it turned into quite the colorful pot. 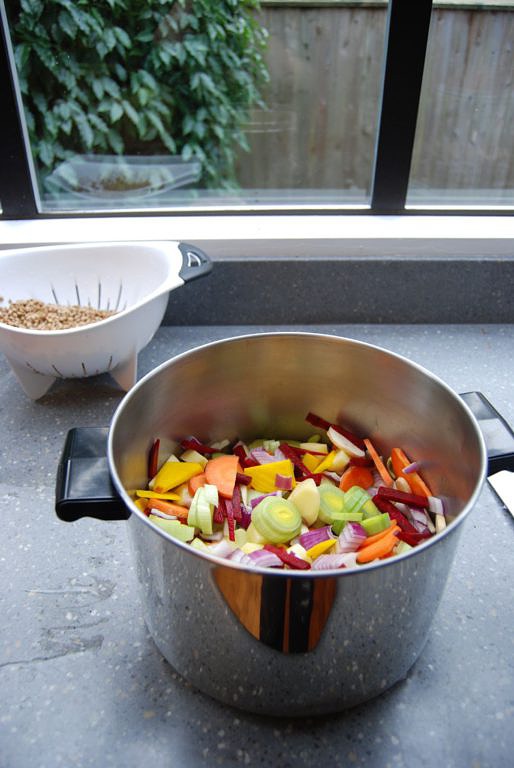 I like that we managed every single color except for blue. I seasoned with thyme, oregano, pepper, and (as usual, not enough) salt. Not bad.

Procrastinating out of the way, I finally started painting trim. I did the windows, shelf and one of the doorways, and it took a little over three hours (felt much longer). I think we’ll need at least one more coat, and I’m considering buying a less-glossy paint to hide the many imperfections. It felt like a good step forward when I was done for the day, but the lesson remains: I will not retrim a room that size, with that complexity, *ever* again.