I finished the first pair of skeins of Noro just after we got back from Philadelphia, and so I took a break mid-scarf to make a matching hat with the beginnings of the second pair of skeins. 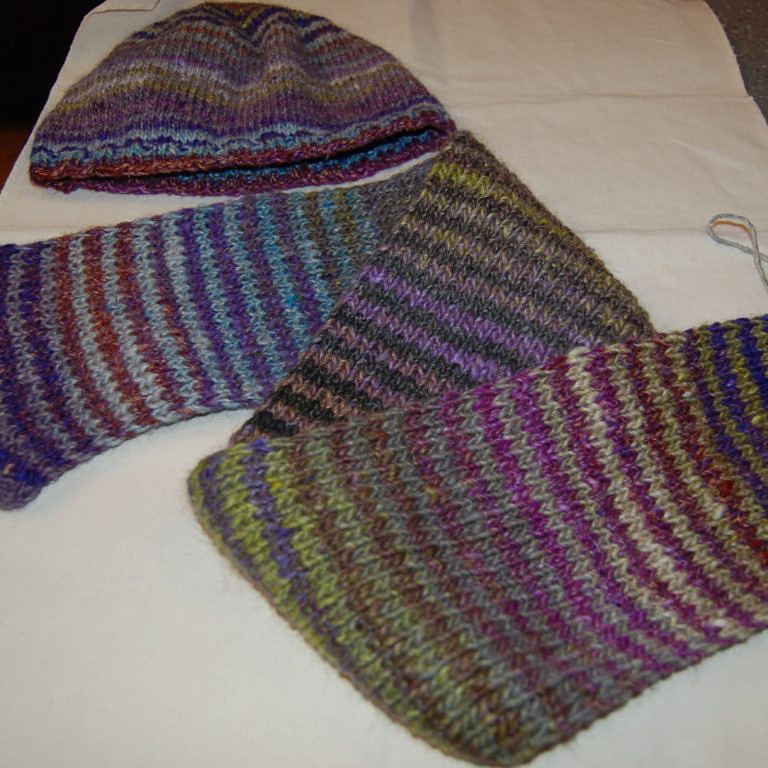 A good picture was hopeless, since the silk in the yarn is so reflective and we have zero natural light here (two weeks from today the daylight will start to return!!). I’ll have to remember to get a good photo later in the winter. 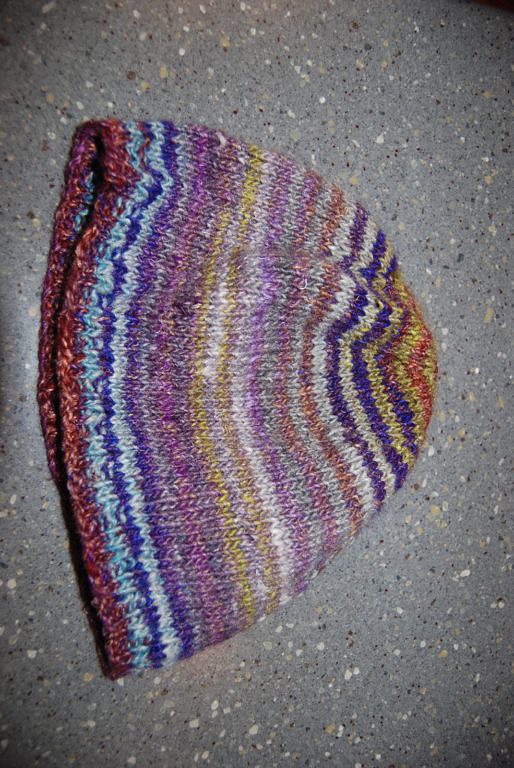 The hat was top-down. I knit the body on #7 needles, increasing as described for the Thorpe hat, and then kept going until I had 110 stitches. I knit until it was almost long enough, then switched to #6s for six rows of 2×2 rib and a castoff row. It fits nicely. Now back to the scarf!

(But first, a closeup of all of that shiny, multihued silk: )

One thought on “I made a hat!”