We pushed back our flights by two days due to concern about the weekend snow and power. Luckily we didn’t lose power at all (such a relief), but we got another 8″ or so of snow in the interim. Usually we take the shuttle to the airport, but they refused to accept reservations, so we loaded up the all-wheel-drive Matrix and ventured out into the streets.

Our road had not been plowed, but the snow was pretty crunchy and the traction wasn’t terrible. 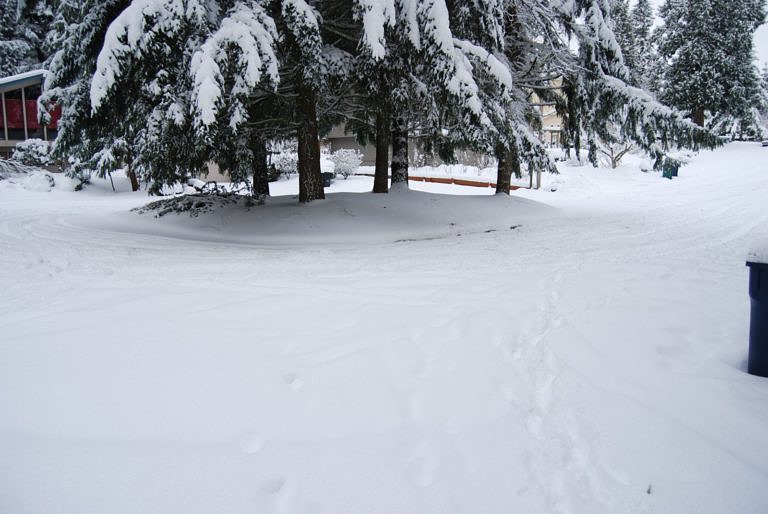 The main road had been plowed at some point, though, so there was a 3′ snow mountain ridge that Kevin did a great job navigating over/through. Despite the plowing, and due to the lack of salt or sand, the roads to the highway were white and open. Beautiful (especially with the stunning snow-covered trees lining the route), but we were glad that there weren’t too many other cars to contend with. 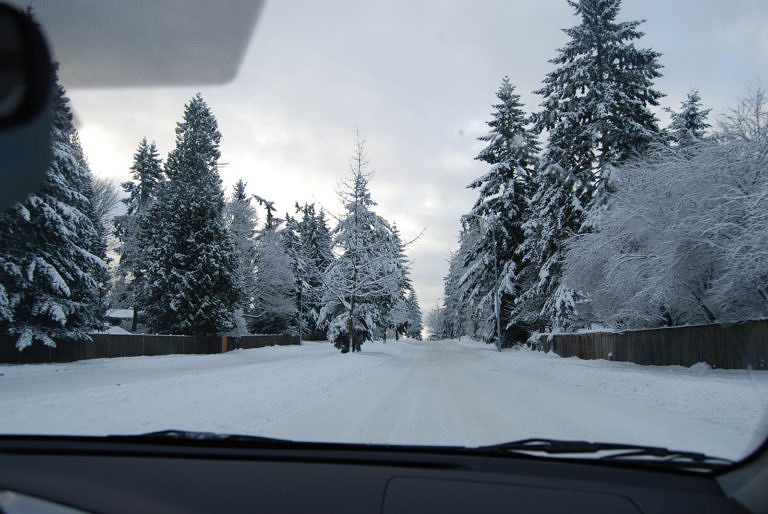 The highway also hadn’t been plowed recently, so the lanes were sort of ad hoc. We saw several people slow and then get stuck on the entrance ramps, but on the whole it seemed like people were heeding the warnings and staying home – it didn’t look like the morning commute. (This is right by the Microsoft exit, but the entire trip down 520 and 405 was similarly depopulated.) 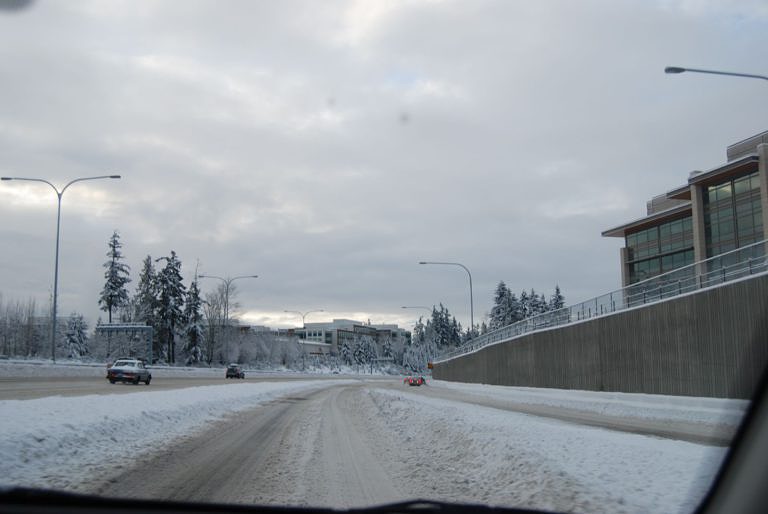 We actually made decent time, and then we joined the many-hundred-person line to check our bags. At least Southwest was still flying and at least the line moved along relatively quickly. The airport was packed with displaced travelers. The Red Cross had been by with food, water and blankets (since many of the restaurants didn’t have deliveries or workers) and apparently SeaTac made national news all day for being among the worst. Kevin and I were particularly struck by one little girl (probably around two?) who just stopped walking and laid down on the floor, limbs heavy, totally exhausted. Her mom blocked traffic for a few minutes until she gathered enough energy to stand up and be carried. A cute but very apt demonstration of a lot of people’s emotional state at that point, I think.