Last night, Kevin looked out the window around midnight and realized that it was snowing. Not only coming down steadily, but actually accruing. We’ve had some real snow this winter, but the pattern has held with three days of rumour and anxiety first, THEN snow. The sort of snow that starts gently falling in the middle of the night without fuss caught me off guard. This morning, we had a few inches. The roads were pretty much clear (though that didn’t keep the garbage from not getting picked up, half of my team from not making it in to work, and the buses from chaining their tires. Nothing like driving to work behind a sparking bus.).

I grabbed the camera before leaving the house, because all of the crocus spikes in our yard were so visible against the white. (I’m guessing that their days are numbered, and whatever nibbled them to the ground last year will do it again, but for the moment they’ve been giving me happiness every time I walk by.) 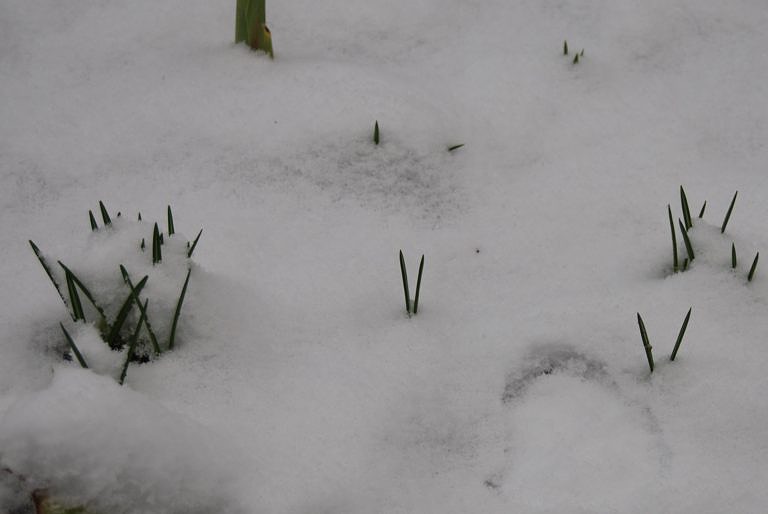 I should have kept the camera with me for the drive to work – the trees were all lacy and magical, especially as the sun started to come out through the clouds. By the end of the day, the snow was pretty much gone, which suited me. If it was going to be unexpected, then fleeting seemed like the right thing.