The crocus spikes have budded in the last few days, and I’ve been enjoying the tightly curled petals every time I walk to the car or mailbox. 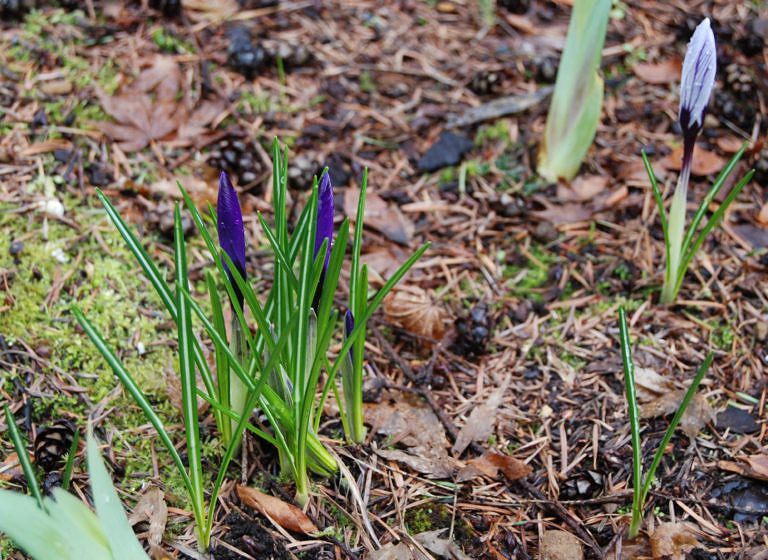 All of our crocuses were eaten as they appeared last year, by some marauding cat or squirrel, and so each time that they’re still there when I walk by seems like something of a gift. I’m guessing that they’ll open while we’re away, which increases the urge to enjoy them now while I can.

We were supposed to leave on Saturday night for Costa Rica. College friends are getting married on the beach, and there will be a week of hanging out with East Coast friends before the Saturday ceremony. Originally, we’d been thinking of taking a few days at the beginning of the trip to go see volcanoes and tree frogs, but the combination of logistics and pregnancy convinced us to just enjoy our beach time instead. We’ve been looking forward to the friends and sun. Packing beach clothes was delightful. So when we got to the airport and were refused boarding passes, we were disbelieving, then incredibly depressed. Apparently Costa Rica requires 30 days of validity on your passport, and Kevin only had 28. We took a sad cab ride home.

Luckily, there are a handful of passport offices in the country that do same-day passports and Seattle has one of them, so Kevin made an appointment for first thing Monday morning. We weren’t sure until he got there that he would be able to actually renew his passport in time for the rest of the trip to be worth it, and so it was so exciting and such a relief to have the passport in hand by 3 pm. The airlines changed our flights for free and the expedited passport service only cost an additional $35, so in the grand scheme, not too much harm was done.

We spent most of Sunday with the suitcases parked next to the front door, trying to will the passport thing to work out. The weather was dismal, and then on Monday it started to snow. 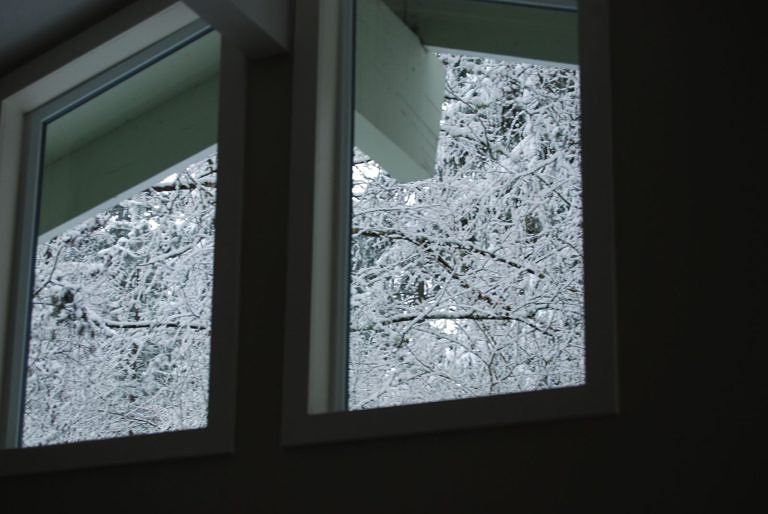 It should have been a beautiful sight, but we were too much in the mood for hot beaches and so the wintry scene was more frustrating than enjoyable. 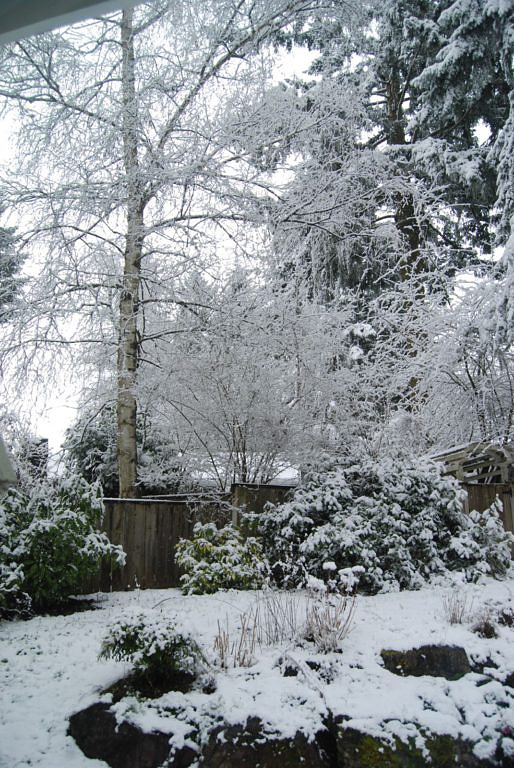 We drove into Seattle together to pick up the passport and as we headed back home across the 520 bridge, the weather turned from grey to snow and the headlong rush of frantic commuters outrunning the “storm” appeared. Luckily, they were all going the other direction, and we were grimly amused to see traffic completely stop within minutes. When the first flakes appeared, we were having visions of cancelled flights and airport shutdowns. But seeing the lines of cars all gridlocked on the on-ramps, we started to feel like the traffic jam karma would actually outweigh the trip bad luck. Sure enough, everything had melted and the roads were clear when the airport shuttle arrived at 7:30.