Yesterday was our second wedding anniversary! 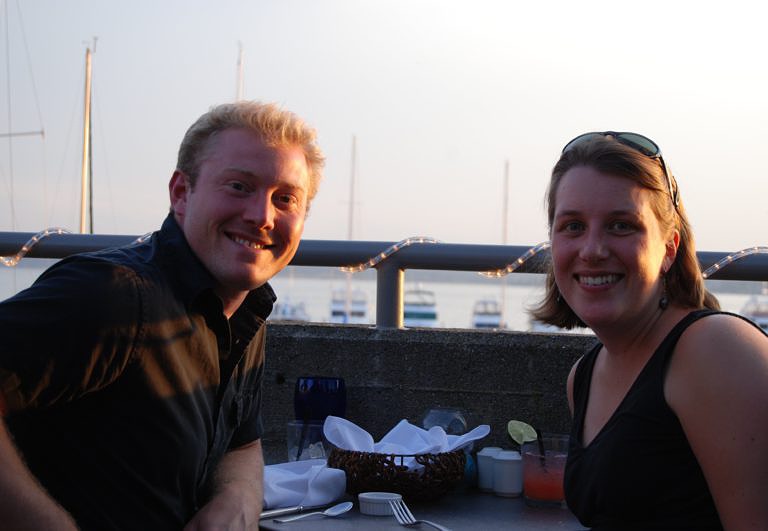 We went out to eat at one of the restaurants on the Kirkland waterfront, with a pretty view of the water and Olympics, and great strawberry basil margaritas (mine was less fun than Kevin’s, but still delicious). We had a table outside right at the edge of the balcony, so our view of all of the boat and swimming activity was perfect, and the sunset was lovely. 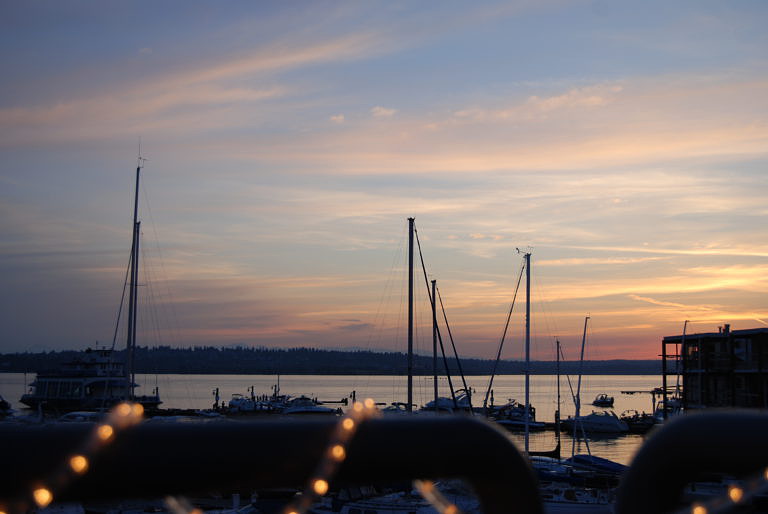 I remember thinking this last year, too, but it’s such fun to finally have an anniversary. We met seven years ago (crazy that it’s been that long – a quarter of our lives) while we were both out in Seattle for a summer internship at Microsoft. We didn’t know each other at the beginning of the summer and we were definitively together by the end, but the closest we’d gotten to putting a date on it had been the fortnight between our birthdays in the last two weeks of July, and generally it was more just the summer season. Actually having a day to remember, take stock, appreciate, and celebrate is quite fun. Even better that it holds all of the memories of our wedding, which was such a wonderful, happy day. As nostalgic as the day is, it also feels like we’re standing on the platform about to leap – pregnancy is one thing, but knowing that with next year’s anniversary we’ll be a family instead of a couple, the world feels like it’s about to get so much wider.