I haven’t posted about the fishtank in ages. All the dudes seem to be hanging out and doing well. Over the winter the tang had been acting increasingly neurotic, and was having scale issues, but we moved his food clip a few months ago and it seems to have helped a lot – he’s much more social and is looking and acting like a completely different fish. Kevin’s also been quite disciplined about filtering the water that goes in the tank and about nightly kalkwasser supplementation, and that seems to be having a noticeable impact as well. We’re still talking about a bigger, quieter, automated tank but we’re still probably a ways away from installing it.

I wanted to post, though, about the leather. Since I last posted in February, it’s grown another few inches up and out – truly a monster. I’ve been very worried about the Ricordia below it (the pretty green and blue corals), since it’s increasingly blocking their light. However, apparently the ricordia decided to take matters into their own hands, and have started climbing to a better location. Unfortunately, they chose to move up (instead of over), which means they are now slowly marching up the trunk of the leather! 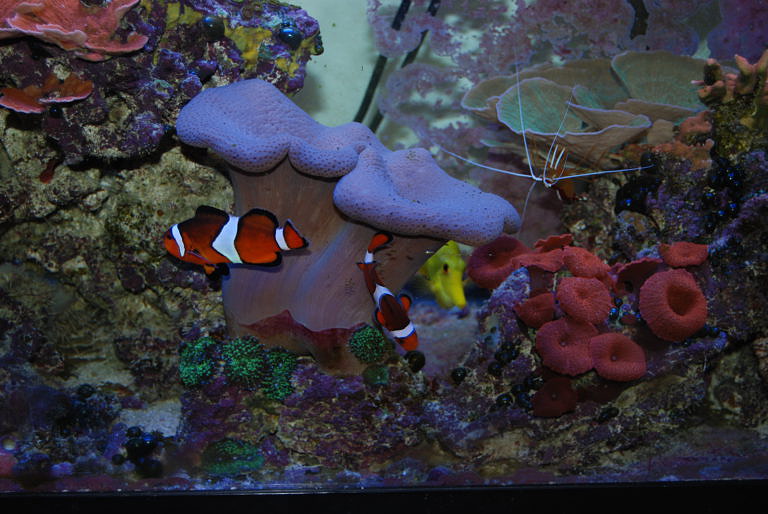 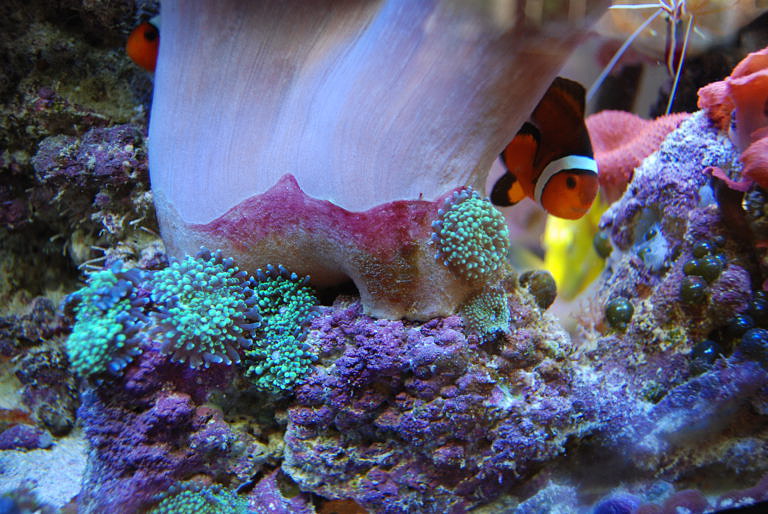 This is less than ideal. First, they won’t get any more light because they’ll still be under the lip of the leather. But more importantly, soft corals have limited defences – they move very slowly and don’t have rigid structures to retreat into. Their only real defence mechanism is chemical warfare – trying to sting or annoy away anything that encroaches on their turf. You can see that both the leather and the ricordias look a bit the worse for wear – the ricordias aren’t fully out (they pull their little nubs in at night or when they’re feeling attacked), and the leather is pulling away from the rock and is susceptible to a reddish algae around its base. We’re probably going to have to intervene by both paring back the leather and removing some of the now-embedded ricordias, but I need to gear up a bit more before undertaking that high a level of coral surgery.

One thought on “Encroachment”