A month into our CSA program, we’re doing a much better job than last year of keeping up with things as they come in. I’m particularly loving the fruit right now – peaches, nectarines and plums – but the vegetables have also been great for the most part. We’re starting to fall behind a bit on the cucumbers, and I’m still not entirely sure what to do with all those radishes, but we’re doing well on the whole.

The exception so far has been beets – they keep sending a handful of different varieties, and I’ve been completely at a loss. Last year I tried to make soup but it wasn’t really a success – the beets stained everything else bright pink and I didn’t like their flavour. On their own, they aren’t appealing to me – they smell like dirt. And they keep piling up.

I mentioned the difficulty to our friends Shawn and Sanna (veritable foodies), and they were raving about how great beets were for you and how they boil them down with honey and a bit of butter, a la mashed potatoes except using the water you cooked them in instead of milk. So I gave it a shot. They’re such bright and lovely colors when you prep them (I was so careful about not getting the juice everywhere, since it really does stain impressively). 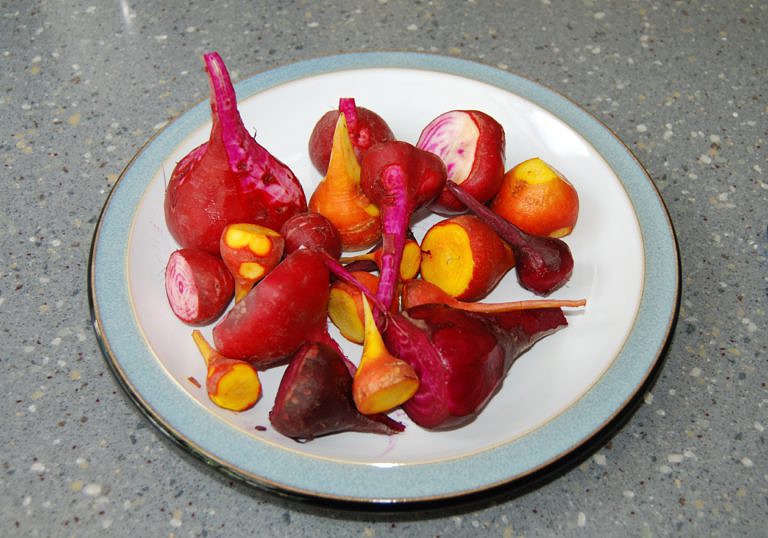 They’re wiry enough that they don’t really boil down to anything smooth (or, at least, I got bored of adding more water before they got that far), but the end result was surprisingly good. So, success, and I know how to cook a new food!