On Sunday we had a nonstress test (which the baby passed and then some – he was moving so much that they were having a hard time establishing a baseline for his heart rate), and then we braved the heat to go over to the Bellevue Art Fair. The second booth we stopped at had a painting that we both just loved, so we bought it. 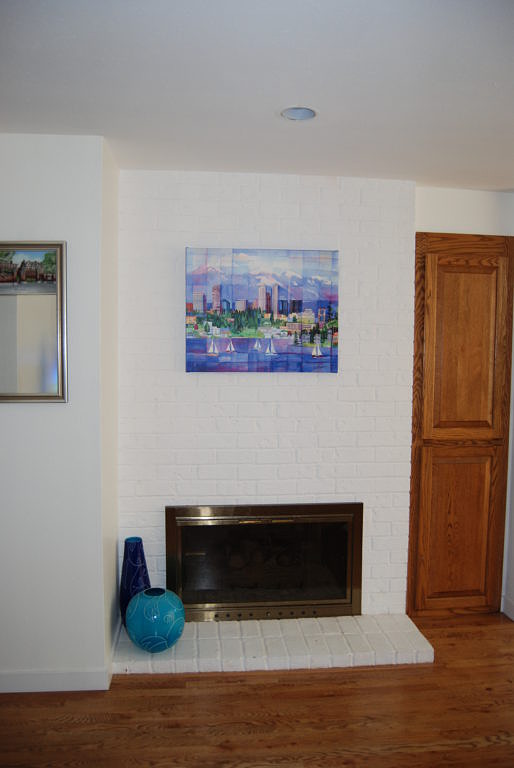 It’s a print on canvas of the Bellevue skyline with the Lake Washington in the foreground and the Cascades in the back. It actually fits well in several spots so I’m not sure the fish room will be its permanent home, but we’re both enjoying it there for the moment. When we first put it up, we just sat on the couch and admired it and said all of the things we liked about it. It took us several minutes. 🙂 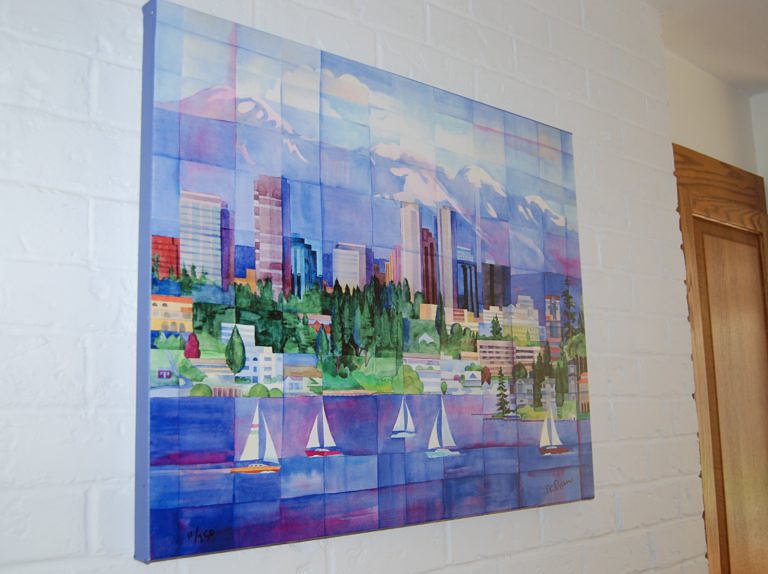 It’s obviously not photorealistic, but it captures so much of the way it feels to live here in the summer, complete with mountains towering over the view, the greenery, all of that blue sky and water, the outdoor activity, and even a crane on the skyline. It’s unusual to find art or photos of the eastside – usually you see either Seattle or nearby mountains and national parks. It’s such a pretty place to live and such a nice thing to have a permanent rendering of it.