I had such aspirations of keeping up with my posting post-baby, but that was before the reality of a sleep schedule with a newborn hit. Oh, well. We’ve had many people pass along the “this too shall pass” mantra, and I think it applies to slow blog posting as well as newborn fussiness, nursing habits and sleep patterns.

Kevin had his fantasy football draft yesterday, and so the baby and I were on our own for the evening. I put him in the Moby so that we could walk down to the park before twilight hit (the days are starting to get quite a bit shorter!) and was so pleased to see that one of his knit hats fits! 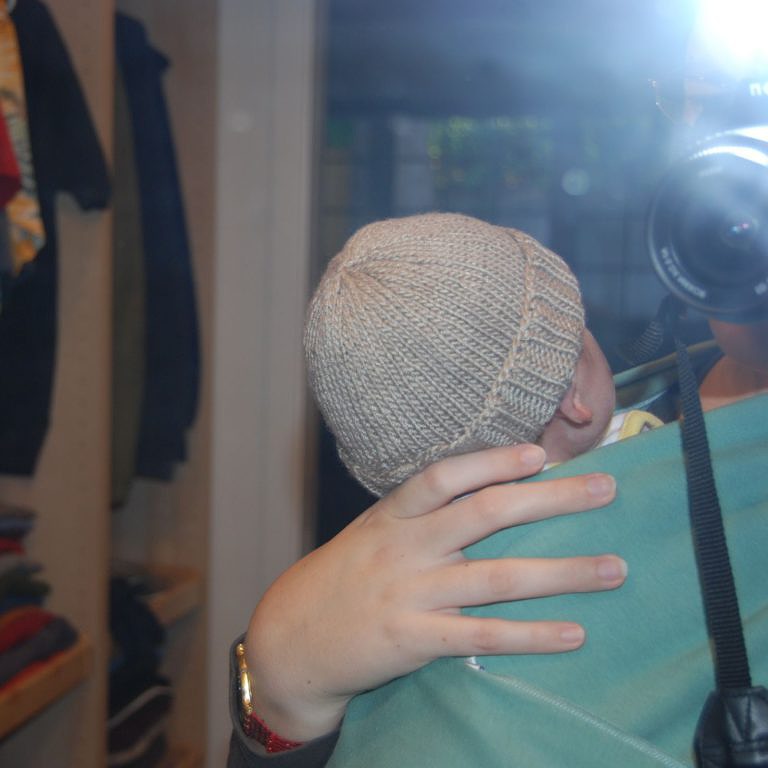 Dreadful flash-y photo, but it was a quick effort due to fussing (he likes the Moby after a few minutes of walking, but was pretty dubious about the Moby+photo session combination). I can’t wait until more of the handknits fit – he still has such narrow shoulders that he swims in them.

One thought on “Three week checkin”