H has still mostly been in the newborn sleep phase where none of the stretches are that long and he sleeps best when he’s being held. Not great for craft projects or for blogging. However, in the last week, he’s actually started napping during the day in his bouncy seat or next to me on the couch, and I’ve been stealing moments here and there to get some sewing done. (note sleeping baby in upper left corner!!) 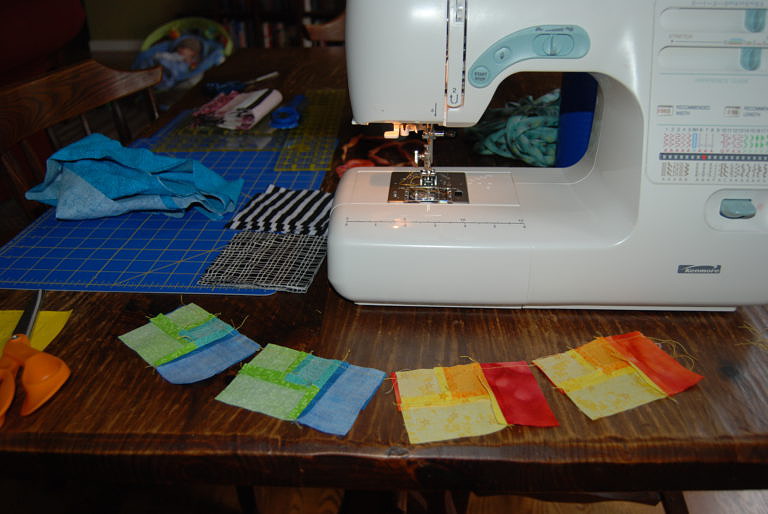 My aunt sent him a mobile several weeks ago with black and white patterned cards — I’d read how much babies enjoy high contrast black and white, but it wasn’t until we saw him in action with the mobile that we realized how utterly captivated he was by that sort of visual. So intent. He can watch them for twenty minutes — such a long stretch in baby time. I’d mentally been nodding and smiling whenever I read about the black and white, but it hadn’t sunk in until I watched him. So when I was picking up the CSA bag two weeks ago, I went to the craft store next door and picked up two high contrast black and white fat quarters. Not my typical buy, but H was mesmerized by them (no sewing even needed). 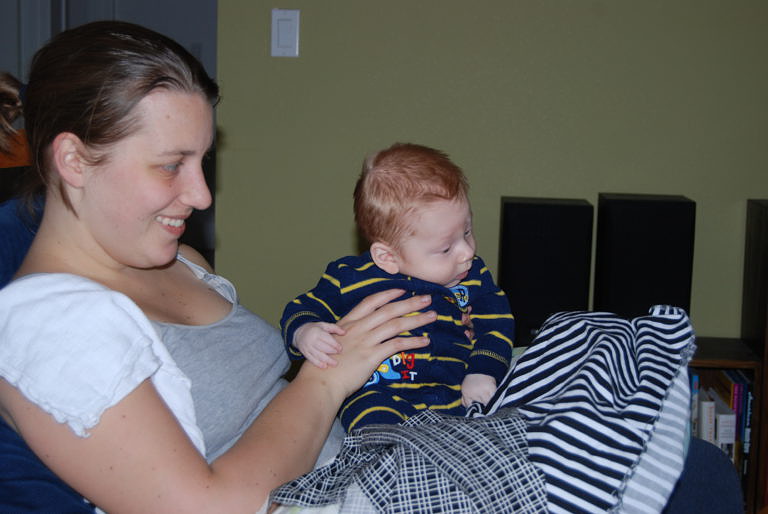 During the naps, I finally had a chance to start pulling them together into stuffed cubes, with nice black and white contrast for him and log cabin colorfulness for me. 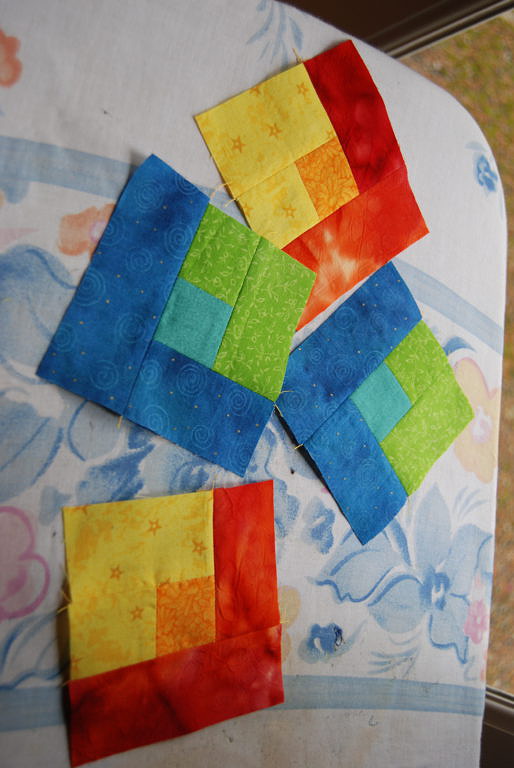 He’s still more into looking than holding (though he’s started reaching and batting in the last week and a half) but given his early interest, I think these will end up counting as a success. 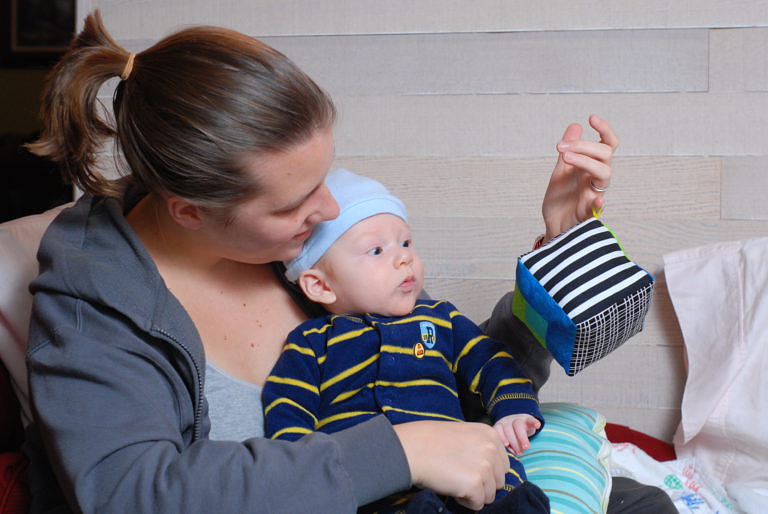