For the last year or so, I’ve been living an organized existence where I generally only have one thing on the needles at a time. I have a good 70+ items in my ravelry queue, but I’ve been pretty much finishing one thing completely before starting the next. And then after the pumpkin hat, I lost my knitting vibe and moved on to sewing projects for a bit.

So I don’t know exactly what hit me in the last week or two, but suddenly my knitting looks like this: 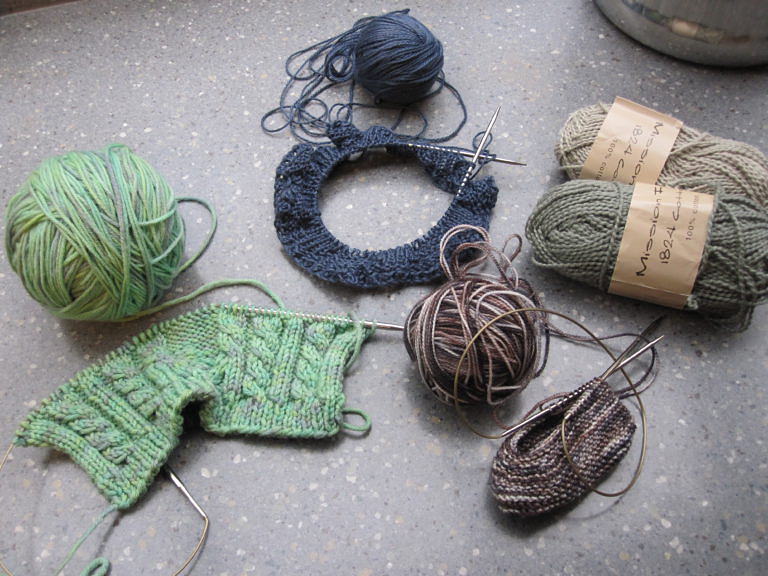 One thought on “A lot going on”