At 14 months, we’re still cloth diapering. We started with small fuzzibunz at about 3 weeks, and really liked the brand. We upgraded to mediums at 5 ½ months (probably should have switched about a month earlier than we did – we didn’t realize what a difference the rise would make, and were going solely on the snap fit), and then large around eleven months. It will be interesting to see how long the large size lasts relative to growth. We just ordered new inserts for night – he’s definitely waking up due to wetness more than hunger (“but while we’re up, why not nurse?” he says), and the site we’ve ordered from most recently had interesting recommendations for more absorbency at night. I’m hopeful it makes a big difference – we’ll see. In the meantime, we’ve gradually been losing wetbags (two on trips, two at daycare) and rather that paying to replace them, I decided to try sewing some. Joanns and Pacific Fabrics both sell PUL (the waterproof liner) and I bought zippers to coordinate with the batiks I bought in Sonoma when we were there for Shawn and Sanna’s wedding in July. 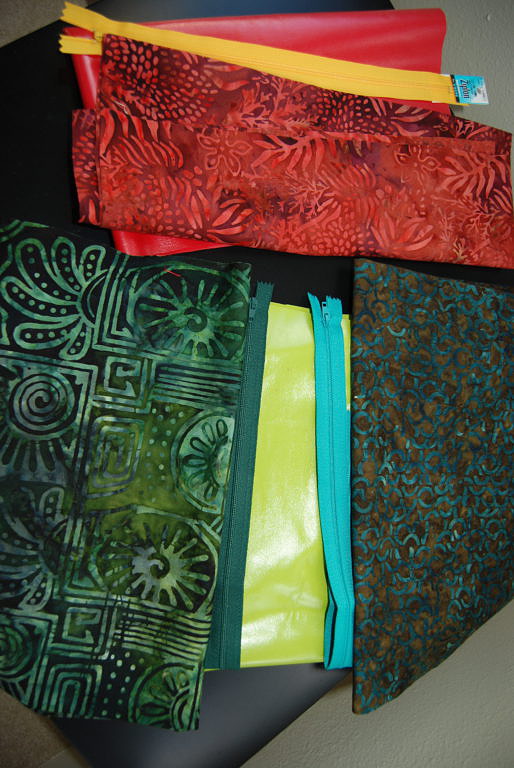 I managed to finish one and start two more during naptime on Sunday. Here’s the first finished one. I’m so pleased with it. 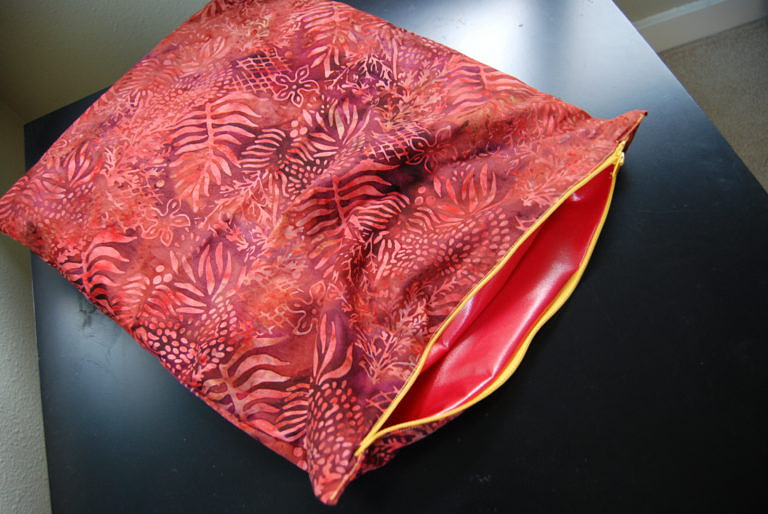 The fabric is gorgeous, the zipper and liner are lovely, and the sewing was pretty easy. (I used my walking foot for the first time to sew the PUL. Fun!!) Sewing the outer cotton to the zipper wasn’t quite as flawless as I’d hoped, so I’ll change my tactic next time and see if I can get it to look a bit more polished. That said, this one is utterly functional and the fabric is so, so pretty. It’s already been through the wash once and was gorgeous when I went to pick it up from daycare – such a bright spot. (Our kiddo’s the only cloth diapered baby in his room. I was worried the teachers would think it was inconvenient, but they’ve been so accommodating. Kiesa was quizzing me on how they work – she said she’d never even considered cloth but these were so nice. Exactly the way we feel. :-))