I managed to clean half of the gutters during the kiddo’s nap on Saturday! 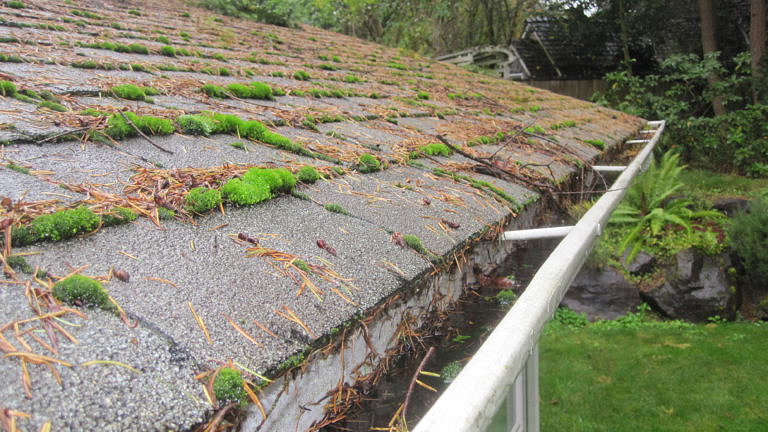 It was the easier half of the house, in that they are only a few rungs up on the ladder – the ones around the kitchen and garage are still left (too high for me, maybe Kevin will attempt them), plus the front of the house (skipped because I didn’t want to wake the toddler with ladder clatter). It’s been a windy, stormy fall so far, so this won’t be the last gutter cleaning of the year, but I still felt virtuous. Even more so for going out despite the rain, though that turned out to have a major upside – with the rain filling the gutters with water, there were almost no creepy-crawlies to contend with. I also pulled the little lines of moss off the bottom several rows of tiles, so big improvements all around.