Funny to post for such a teeny tiny project, but it was such a satisfying knit that I’m not sorry. The kiddo’s hands have been freezing outside recently (it IS December), and so I took myself to Ravelry to search for great toddler mitten patterns. In a bit of wild serendipity, I already had the book that contained my favorite option, so I cast on with the remnants from last year’s pumpkin hat – doesn’t match the jacket (nothing will, it’s an unusual blue) but coordinates nicely. When I started to run out of yarn just after the thumb, I went stash diving deeper and found a mini ball of Karabella Aurora 8 left over from my very first sweater – perfect. 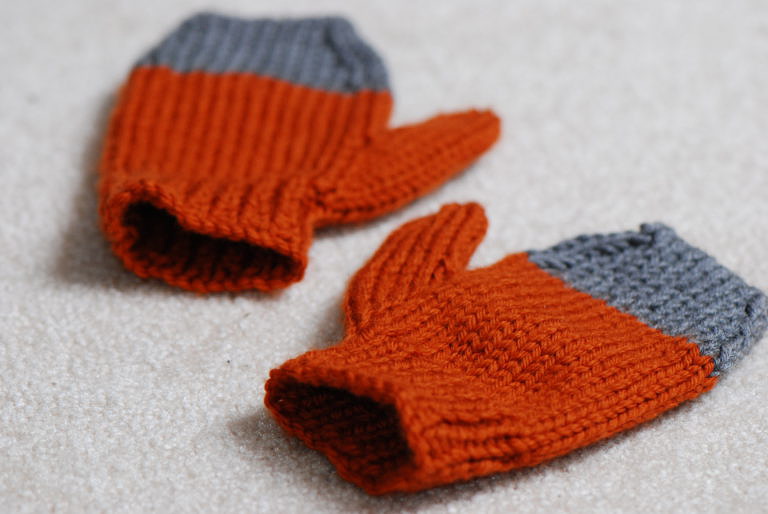 I think they’re so pretty. 🙂 And love that I managed to use up two tiny stash bits in one project. The 16 mos. kiddo, however, wants no part of any such things. He shakes his head no vigorously, he holds his hands behind his back, and if any mittens manage to make their way onto his hands, he pulls them off immediately and casts them onto the ground. Such intense dislike of the mittens! However, leave him alone with them, and you get 20 minutes of this: 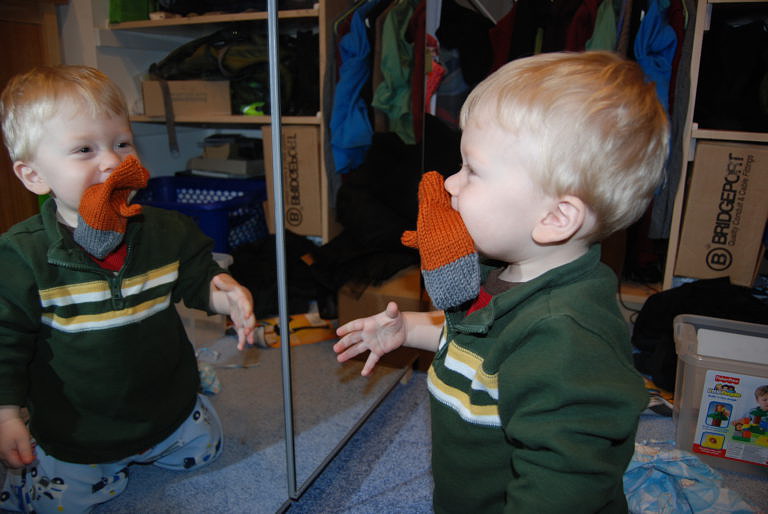 Yecch. (He thinks that sound is funny, too.) At least my maternal/knitter guilt is assuaged – I provided mittens, not my fault if he’s a toddler and prefers to eat them rather than wear them. 🙂 At least Kevin likes them, too, so I’m not completely alone in my mitten fondness. 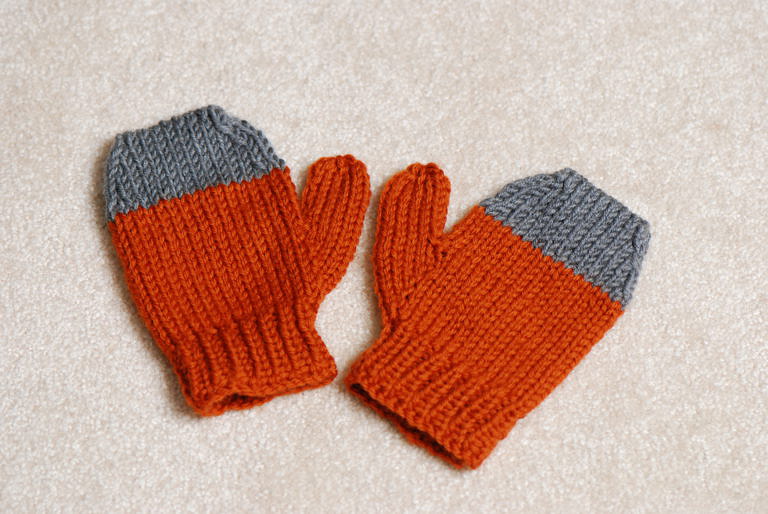